The Hanoi – Chiang Mai Railway is an unofficially proposed railway that would connect Hanoi (Vietnam) to Chiang Mai (Thailand), via Luang Prabang (Laos).

There are a number of long-term planned railways for Laos, but a Hanoi to Chiang Mai railway is not one under consideration. The railway proposal is via a map from China, possibly from a railway construction company. The map shows the Laos-China Railway and other officially planned railways, overlaid with new routes. 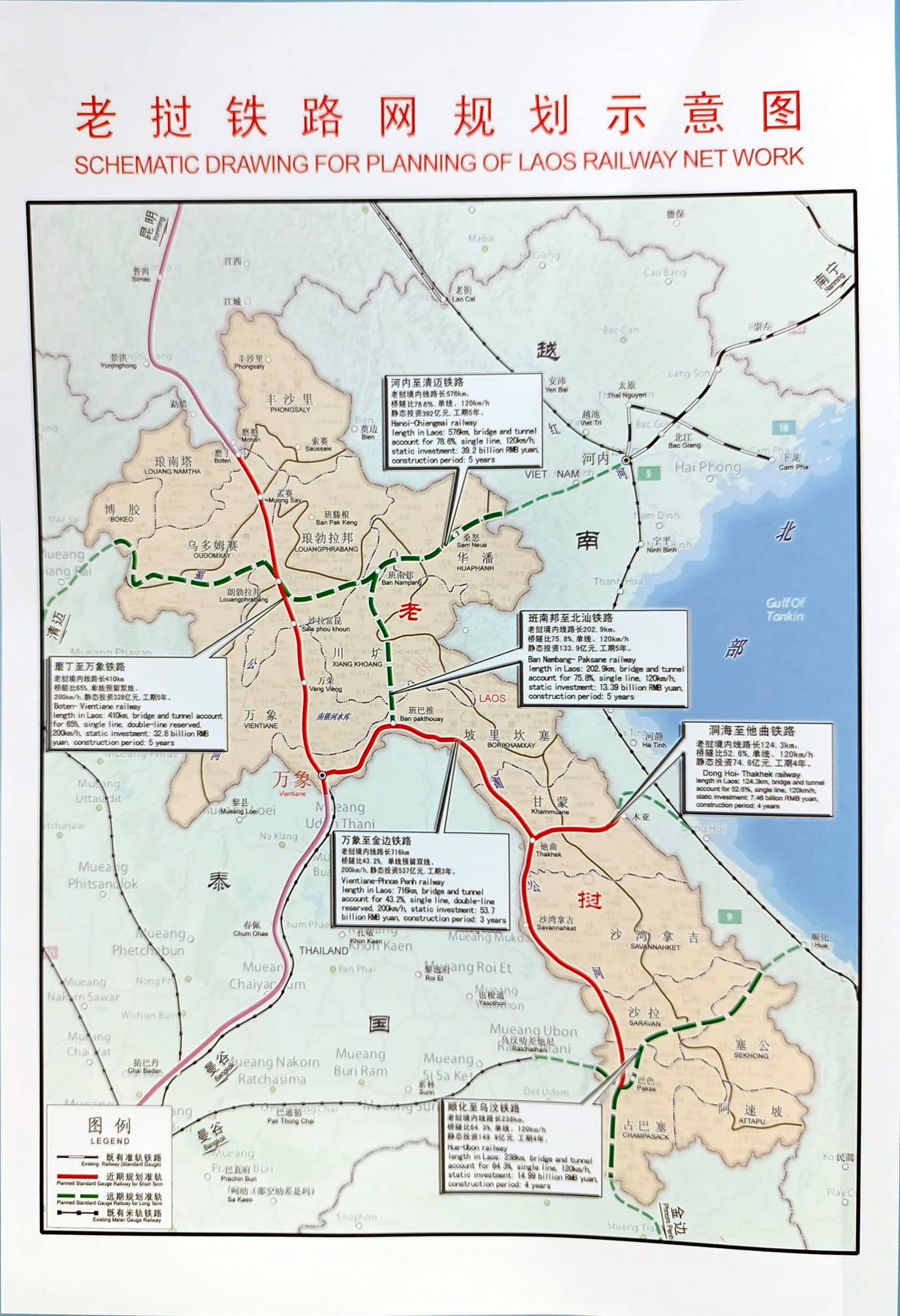 The map includes the following details about the railway:

This map shows the major stops of this proposed railway.

If there was to be a Hanoi – Chiang Mai Railway, these would be the main segments.

From Hanoi to the Laos border, the major city in its path is the provincial capital of Hoa Binh. Vietnam has numerous planned railways up to 2050, but a railway to Hoa Binh has never been considered.

From the Vietnam-Laos border, the railway passes through Sam Neua (population 46,000). From there the railway travels to Ban Nam Puong, which is shown as a junction for the Ban Nam Puong – Paksane Railway (another railway that is not officially proposed). The railway continues west to Luang Prabang, where it would meet the China-Laos Railway.

There has never been any railway proposed for this section, and there are barely enough people on the route to justify it. There has though been a previous proposal for a similar route as part of the Trans-Asian Railway (TAR). A line was proposed that would branch off at Phou Khoun on the China-Laos Railway (a TAR route), going to Sam Neua via Phonsavan. 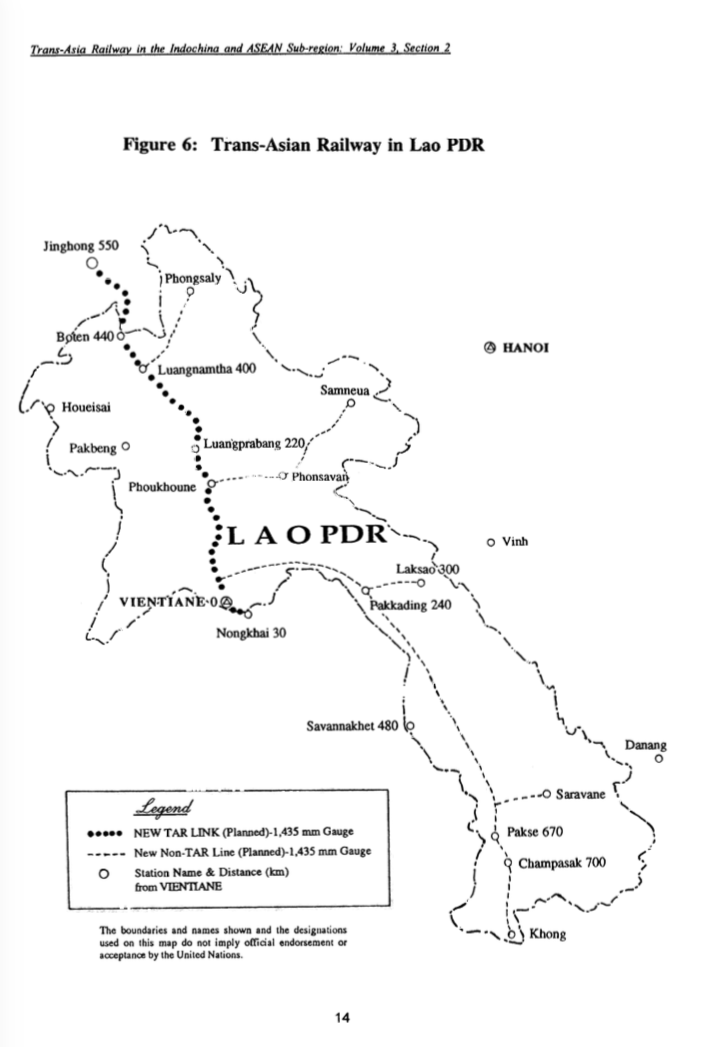 The Thailand segment of this railway has been proposed in one form or another, and one section is going ahead.

A railway from Chiang Khong to Chiang Rai is currently in preconstruction phase as part of the Chiang Rai Railway.

There are currently no planned railways to connect Chiang Rai and Chiang Mai, but it has been proposed in the past. A 1994 report on the Trans-Asian Railway (TAR) in the Indo-China and ASEAN Subregion mentions connecting Chiang Mai to the TAR, via Kengtung, Tachiliek, Mae Sai and Chiang Rai.

Will This Be Built?

As enticing as this route would be from a tourism perspective, there is little chance of this route becoming reality. Laos is looking to build railways to Vietnam, but they will be for access to the nearest seaport. The Vientiane – Vũng Áng Railway would connect the capital to a port, while the Savannakhet–Lao Bao railway is being planned as part of the East-West Economic Corridor.