Pattaya is a city on the east coast of the Gulf of Thailand in Chonburi province, about 100 kilometres southeast of Bangkok. Pattaya’s proximity to Bangkok makes it a convenient beach getaway destination, and it’s a popular international retirement destination.

Pattaya is the hub of the Eastern Economic Corridor (EEC), which is made up of the provinces of Chachoengsao, Chonburi, and Rayong. The planned high-speed railway connecting Pattaya to Bangkok will put Pattaya within daily commuting distance of Bangkok.

The following list features some of the construction, infrastructure, and transport projects that are planned for Pattaya.

In September 2020 a mega-development in the Cape Bali Hai area was approved by the city council. The proposal includes:

1. A terminal for cruise ships at the tip of the cape, with a two-storey administration building;

2. A recreation area by the Bali Hai boat pier, covering about 15-rai. There would be a four-lane access road and an open space for various activities. The waterfront would be expanded. Other structures to be built included a department store, a second boat pier, a sky walk and a passenger terminal for the planned light electric train; and

3. A 38,000-square-metre commercial area near the existing Walking Street, which would also be a new tourist attraction.

The Waterfront Suites and Residence

Since beginning this “Future Cities” series, this is the first time that a deconstruction project has been listed. The Waterfront Suites and Residence is an abandoned apartment tower that has been blighting the bay view since construction ground to a halt in 2014.

The 53-storey condominium and hotel project was nearly completed before the government ordered construction to stop. Observers noted that the building is taller and closer to the beach than permitted, and that it blocks the view of the Prince Chumphon Khet Udomsak statue on Pratamnak Hill. The government ordered the stop work on the technicality of the fire escapes and elevator systems being different from the approved construction designs.

In 2020 the government announced that it plans to demolish the building, which would also be part of the Cape Bali Hai redevelopment project. There is still a pile of legal obstacles to cross before this happens, so who knows when it will be demolished. 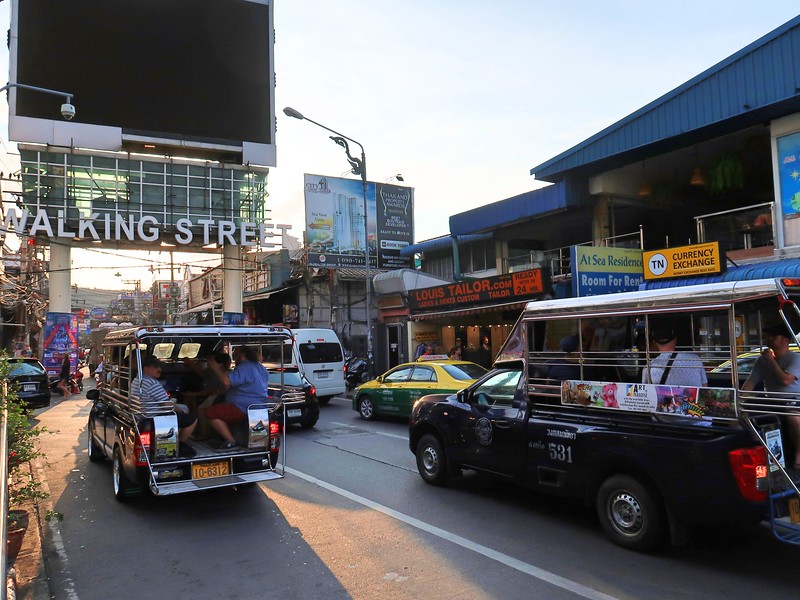 Even though Pattaya has gone to great length in recent years to promote Pattaya as a family destination, you can’t talk about Pattaya without a mention of the famed Walking Street. Home to girlie bars that were established during the Vietnam War era, Walking Street is what gives Pattaya its Sin City status.

The there have been many proposals over the years to clean up Walking Street, and the most recent plans have been proposed individually and as part of the Bali Hai redevelopment. It’s not known what is happening here, but with the global pandemic forcing mass closures of bars, it’s unlikely to emerge the same once the world opens up again.

News
Pattaya revives 25-year battle to demolish Walking Street – [14/06/20]
“Every few years, Pattaya officials contemplate tearing down Walking Street’s seedy bars and replacing them with a natural, family-friendly attraction. While a high-season river of cash used to wash away such thoughts, the nightlife strip’s current shutdown has administrators rethinking their options again.”

Neo Pattaya is a buzzword being used to represent these redevelopment projects as the city tries to reinvent itself as a business hub. I added this section to archive news related to Neo Pattaya.

To be a true “New Pattaya” the city would somehow have to find a tract of empty beachfront property and build a new city there. I have written about building better new cities in Southeast Asia, and that would involve gridding out news roads with purpose-built infrastructure. This is the approach Indonesia is approaching, where instead of rebranding Jakarta as Neo Jakarta after fixing its drainage problems, they will build a new capital city in the jungle.

Mayor pivots to ‘quality Thais’ to make Pattaya more like Dubai, Singapore, Miami – [11/02/21]
“…the government’s Eastern Economic Corridor board had accepted, in concept, the mayor’s “Neo Pattaya” master plan, which focuses on developing infrastructure and attractions popular with Thais more than foreigners.”

Pattaya aspires to becoming a much smarter neo-Pattaya – [29/10/20]
“On the upcoming neo-Pattaya, Mr Sonthaya said that several infrastructure projects will be rolled out next year. The first, to improve flood management, is already underway whilst others include a water treatment system, a Pattaya monorail line, updating of Koh Larn facilities and digital transformation in city services. The total budget runs into many billions of baht, with much of the cash coming from joint Thai-international funding for the EEC which is also funding the projected hi-speed train route linking the EEC with Bangkok. Not to mention further huge investment in the ports at Laem Chabang and Rayong.”

Beach resort banking on Neo Pattaya – [10/10/19]
“Pattaya city wants to transform itself from a beach destination to Neo Pattaya, a new international business centre, in preparation for the Eastern Economic Corridor (EEC) scheme, in an attempt to diversify its economy away from tourism.”

Marina Golden Bay is a proposed apartment tower complex by Global Top Group Company. The three triangular towers of 51 floors each would make it the largest residential development in Pattaya.

Copacabana Jomtien is a 59-storey residential tower with 1,644 Units. 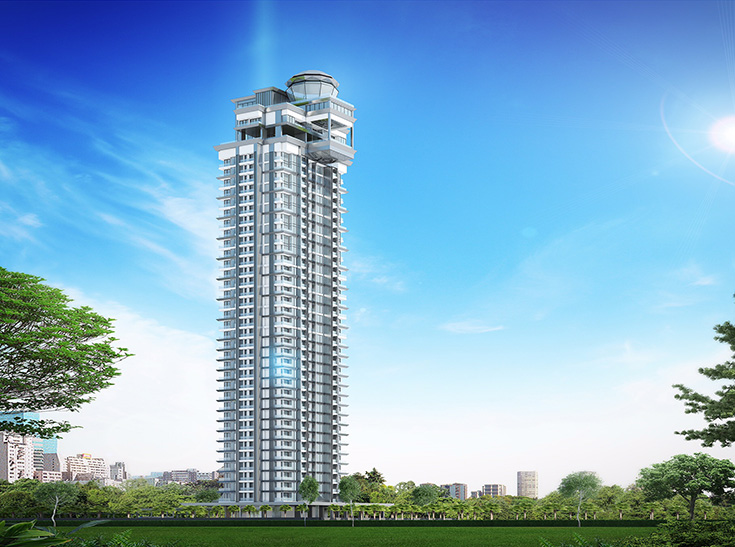 Diamond Tower is a 40-storey luxury apartment tower with 400 units, located on Pratumnak Hill, next to Big Buddha mountain and Pattaya View Point.

A monorail has been proposed that would connect the future high-speed railway station to the beach. Read the full guide about the Pattaya Monorail.

Technically Pattaya and Chonburi doesn’t have an airport, but U-Tapao in Rayong is marketed as U-Tapao–Rayong–Pattaya International Airport.

The high-speed railway will make it easier to travel between U-Tapao and Pattaya, and it might have the effect of turning Pattaya into an alternative international gateway to Bangkok. The airport and surrounds are being expanded in anticiptaion of the new railway.

Owners of the controversial Waterfront Condo on Bali Hai Pier ask for an opportunity to resume construction vs. demolish the building – [10/10/21]