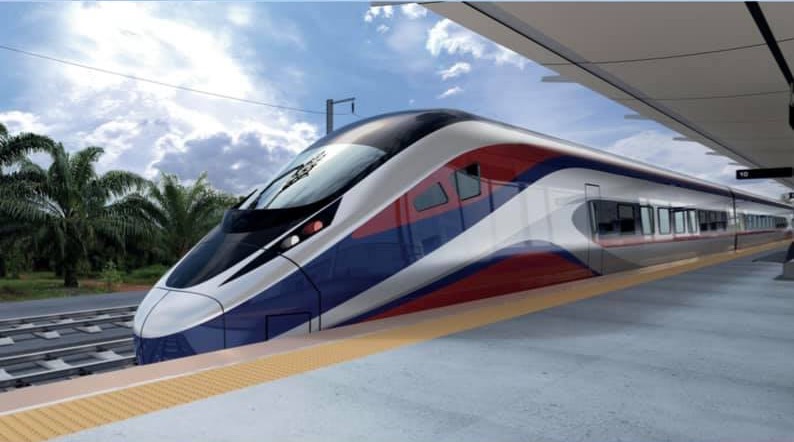 In December 2021 Laos began operations of the Laos-China Railway from Vientiane to Boten, launching the era of railway travel in Laos.

There are other lines that have been proposed which would connect Laos to Thailand, Vietnam, and maybe even Cambodia if the most ambitious proposals are realised.

This page covers current and proposed railways in Laos.

Map of proposed routes and stations.

The Nong Khai – Thanaleng railway is a cross-border shuttle service operated by Thai State Railways. This 4km line is an extension of the Bangkok to Nong Khai railway, and it crosses the border over the Friendship Bridge.

The Laos-China Railway from Boten to Vientiane ranks as one of the great infrastructure projects of Southeast Asia. The line is 414.332 kilometres, of which there are 258.5 kilometres of bridges and tunnels. The line is a standard gauge electric railway, and it is expected to open on 2 December 2021.

Read more about the Laos-China Railway.

Laos-China Railway review – Observations while riding the train from Vientiane to Boten.

The proposed Thanaleng to Vientiane extension would turn the current Bangkok to Nong Khai railway into a true Bangkok – Vientiane railway.

The railway will be extended 7.5km from Thanalaeng Station to Vientiane Station in Khamsavath Village. This is a meter-gauge railway from Thailand, so it’s not compatible with the standard gauge China-Laos railway.

Construction of this project was approved in January, 2018. In July 2019 it was announced that Laos and Thailand agreed to start the project.

Another standard gauge line will need to be built to connect the Boten – Vientiane railway to the future Bangkok–Nong Khai high-speed railway.

The Vientiane – Vung Ang railway (A3 rail project) would provide the capital of Laos with access to a seaport in Vung Ang Vietnam. This 550 km railway would go via Thakhek and Mu Gia (Muya).

The Savannakhet – Lao Bao railway is a proposed double-line electrified railway on standard gauge (1.435mm). From Lao Bao the railway would then travel across Vietnam to the Dong Ha seaport. The 220 km section will eventually form part of the East-West Economic Corridor (EWEC) that will link Myanmar, Thailand, Laos, and Vietnam.

This would be the second railway connecting Laos to a Vietnam port, though it would be of more use for cities on the EWEC than for Laos.

With a proposed railway going east from Thakhek towards Vietnam, the next phase would be to continue a railway south to Pakse. From Pakse, it would then go to Chong Mek on the Laos/Thai border. This could potentially be connected by a Thai Railway extension from Ubon Ratchathani.

This railway would go to the Four Thousand Islands New Area.

This ambitious proposal is not on any government website, so it might have been a Chinese proposal.

skyscrapercity.com Laos railway forum – Includes documents in Lao and Chinese that have been translated into English.