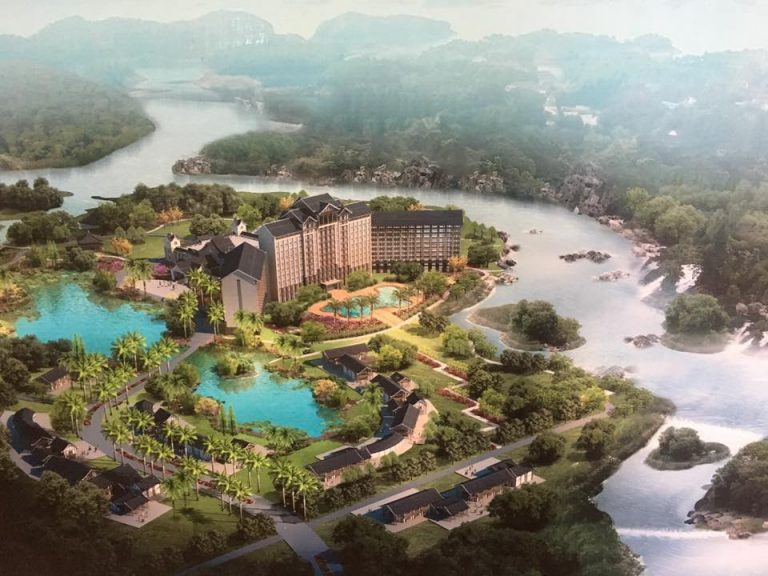 The Four Thousand Islands (Si Phan Don) is an archipelago of islands in the Mekong River, near the Laos-Cambodia border. Also known as the Sithandone SEZ, this special economic zone will cover an area of more than 9,846 hectares and it will have its own airport.

This project has also been referred to as the Khonphapheng Special Economic Zone, so named for the Khone Phapheng Falls (the largest waterfall in Southeast Asia). The area around the waterfall will be developed into a tourism site.

Another name that has been used is Khong City, named after Don Khong (Khong Island) – the largest island in the Si Phan Don archipelago.

Champasack to develop areas around two waterfalls for tourism – [17/10/22]
“Khon Phapheng and Somphamit or Li Phi falls will be developed with an estimated construction value of USD 500,000.”

Sithandone SEZ launches new mega projects – [03/08/22]
“The Sithandone Special Economic Zone (SEZ) in southern Laos is starting construction of two major development projects after the completion of a land survey carried out by Zone officials and the government.”

First phase of Sithandone SEZ development project underway – [01/03/21]
“According to a report by Socio-Economic News, the first phase of the construction of the Sithandone Special Economic Zone project began in 2018 and is scheduled to be completed in 2025.” 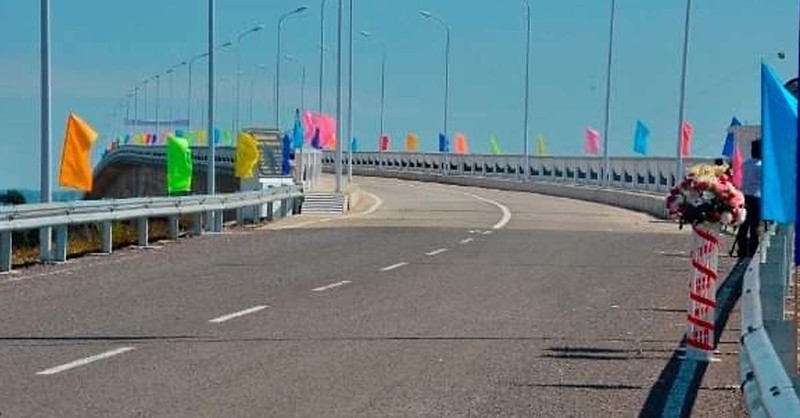 New railway proposed for Southern Laos – [20/10/20]
“The proposed railway line would connect Khammouane, Savannakhet, Salavanh, and Champasack provinces in southern Laos.”
There have been plans over the years to run a railway line through Southern Laos, so this is another consideration for future planning of the Sithandone SEZ.

Tourism project licences revoked in Laos to make way for economic zone – [13/01/20]
“Provincial authorities have revoked licences previously issued for several tourism projects in Laos’ Champasak province so that the land can be used to create the Maha Nathi Sithandone special economic zone.”

China digs Laos in deeper with flurry of SEZs – [23/12/19]
“The largest is in Champasak, a southern province along the border with Cambodia. The blueprint for the 10,000 hectare, $10 billion project includes plans for over 30 five-star hotels and integrated entertainment resorts intended to draw Chinese tourists to the scenic corner of the country. The area is home to Si Phan Don, or Four Thousand Islands, on the Mekong, Southeast Asia’s largest body of water.

Informed sources say the Champasak SEZ will be built in two stages. “The first phase will focus on clearing the area and building the infrastructure, and is expected to be finished by 2025,” a Laotian political analyst told the Nikkei Asian Review on condition of anonymity. “The main work will start after that on the hotel and tourism components, and also on commercial agriculture.””

Lao villagers refuse to yield land for SEZ, now contend with access road – [09/05/19]
“At least 140 families from eight villages in the Khong district of southwestern Laos’ Champasak province are refusing to sell their land or relocate to make way for a special economic zone planned for their area.”

Lao families fear getting cheated by developers of new SEZ in Champasak Province – [25/06/18]
“Nearly 150 families in six villages in Khong district of southwestern Laos’ Champasak province say they do not want to give up their homes and land to a special economic zone planned for their area and that they fear that project developers will not compensate them fairly.”

Laos – massive development for Khonephapheng proposed in southern Laos – [27/03/18]
“Plans for a massive Chinese development project around the famed Khonephapheng waterfall in Champasack Province are moving forward, as talks between provincial authorities and a Chinese investment firm continue.”

Chinese investor gears up to develop Khonphapheng SEZ – [05/10/17]
““If construction goes ahead as planned, it will be the largest development in the province and in Laos. The waterfall and surrounding areas will be transformed into a modern town which will incorporate an airport, shopping centre, roads and tourism-related activities and services,” Dr Bounthong said.

“The Chinese company anticipates that 700,000 to 800,000 people will live in the new town and about 1.2 million tourists will visit the zone annually. The project will create a new image and feature for our province among international visitors.””