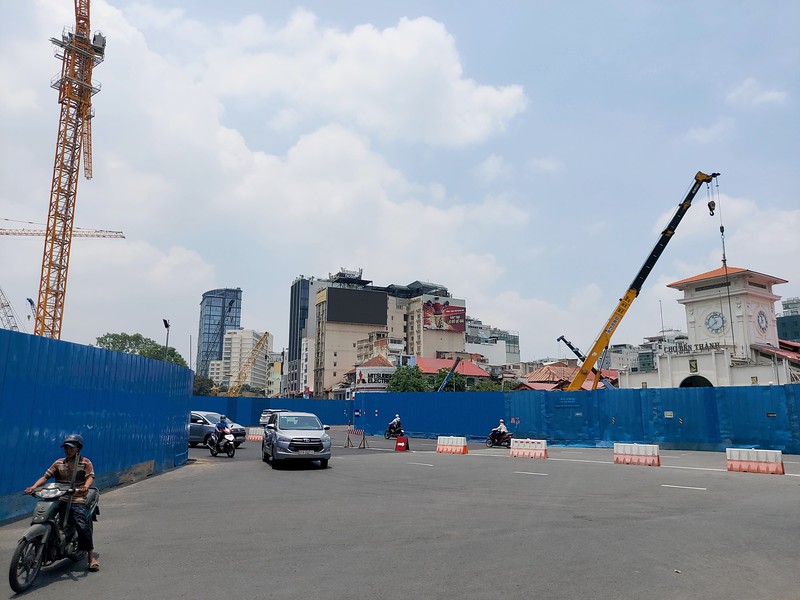 Line 1 has been making slow progress, with the latest revised opening date set for the end of 2022. It has been another tumultuous year, with COVID-19, construction controversies, and ongoing difficulties with funding adding to the delayed opening time.

Since the last update in 2020, the project has had to deal with delays due to the pandemic. Specialist workers were delayed in returning, and had to quarantine before resuming work. While Vietnam was able to keep the virus out of the country for most of 2020, the delta variant broke through and has caused havoc in HCMC in 2021. The city went into hard lockdown on 9 July, but this didn’t bring down the infection numbers as hoped. The city then went into a military-enforced stay home lockdown on 23 August. This will surely add more delays on top of the already delayed project.

At the end of 2020 it was reported that that cracks had appeared in a beam where a support pad had fallen off.

In January another support pad had moved. One report mentioned that the steel used in the beam support falls short of contracted quality. An investigation found that there were pads that were lighter than the required standard, which may have caused the cracks.

An independent consultant was asked to investigate the beam faults, and more faults were later found.

This latest complication could delay the metro opening further, which has not been factored into the latest estimated opening time.

Meanwhile, red tape continues to be an issue, with the many layers of governance that capital must pass through being described as “obstacles in administrative procedures”.

On the 8th of October, the first three of 51 Japanese-made cars arrived at the port in District 4. They were then transported by road overnight to the depot in District 9 (now known as Thu Duc City).

The carriages have been delivered one ship at a time, with the most recent delivery of six carriages on July 13.

The ticketing system isn’t known yet, but it’s encouraging to know that the government wants to use one smart card for all public transport. Why make the same mistake that other cities have committed by having different ticketing systems (like Bangkok and Kuala Lumpur), when you can get it right the first time.

[A metro entrance next to Ben Thanh Market.]

The massive Ben Thanh Station complex was nearing the point of being structurally complete, and the above-ground construction area was set to be returned to public space in August. This was before the latest covid lockdowns, so this will be delayed as well.

Next to the station plaza is the One Central HCM towers, which will be connected to the underground metro plaza. 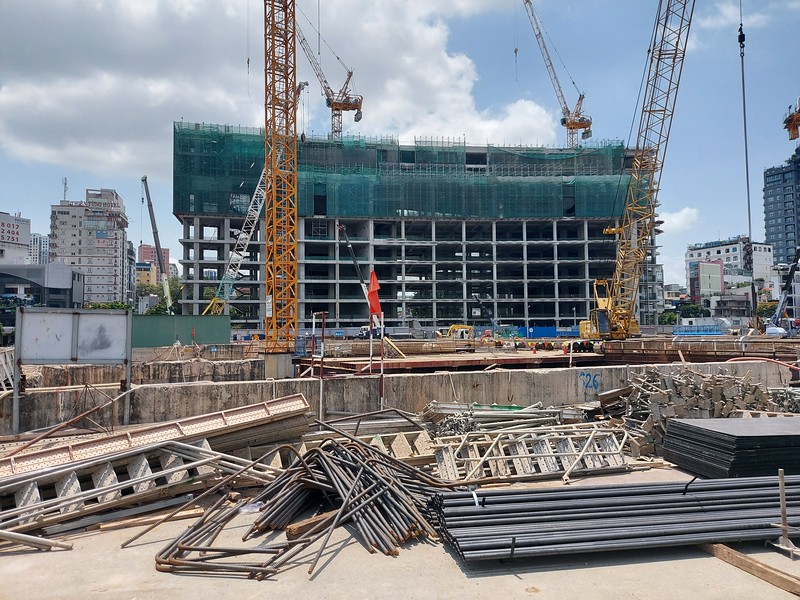 [One Central HCM under construction at Ben Thanh Station.]

While it is good news that the construction mess in front of Ben Thanh market will be packed up, there was a report that the underground complex has not found an investor. They are talking about doing a second dig after the metro is already running. This seems crazy to do it this way, causing years more disruption.

The station will have three lines converge here, making it one of the biggest metro stations in Southeast Asia. The authorities should be throwing everything they have at either finding an investor or getting the government to back it. Get it all finished (including the other lines that will pass through Ben Thanh) and return the city centre back into a functional space.

I have written a separate blog post about Ben Thanh Station.

Opera Station was structurally complete and the work area between Pasteur St and Nguyen Hue was returned to public space. At the moment Le Loi Street is just a paved road without any landscaping, so it looks bare without any trees. The rest of Le Loi is still a metro construction site, so this will not be landscaped until the rest of the street has been opened up.

There is a metro service tower that stands by itself on an empty block. It looks out of place, but it has been built to be integrated into the future Okura Prestige Saigon Hotel. You can read about that on the HCMC construction report for 2021.

Line 2 continues with pre-preparation, though they are still in the same position as last year of clearing land in preparation for construction.

In the last year the city cancelled a loan from the ADB and then applied for a larger loan.

A new consultant for the line had to be found after failing to reach an agreement on renewing the previous independent consultant contract.

Land acquisition has also been a factor in delays, with disagreements over compensation slowing down the process.

The most recent report said that construction would begin in late 2021.

I won’t rehash all the proposed lines here, but you can see them on my HCMC Metro page.

It’s been a lean year for updates on any of the other planned transit lines. Here are the lines that were mentioned in the news over the last year.

The HCM City People’s Committee has proposed beginning the first phase of Metro Line 5 in 2023, and a Korean bank has asked to conduct an investment study for Phase 2 of Metro Line No. 5.

In addition to the metro lines, there are also three monorail lines planned. The Ho Chi Minh City Urban Railway Management Board has proposed to soon implement the Monorail No.3 project from Go Vap District to District 12.

There is also plans for a BRT (Bus Rapid Transit), though details continue to remain vague about the routes. The BRT was mentioned as part of an investment package with Lines 1 and 2.

Another vague proposition that is not in the current plan is for a metro line from Tan Son Nhat Airport to the under-construction Long Thanh International Airport. There have already been proposals for a light rail and future national high-speed rail to connect the new airport, so this is a new one. The announcement doesn’t mention which route it would take.