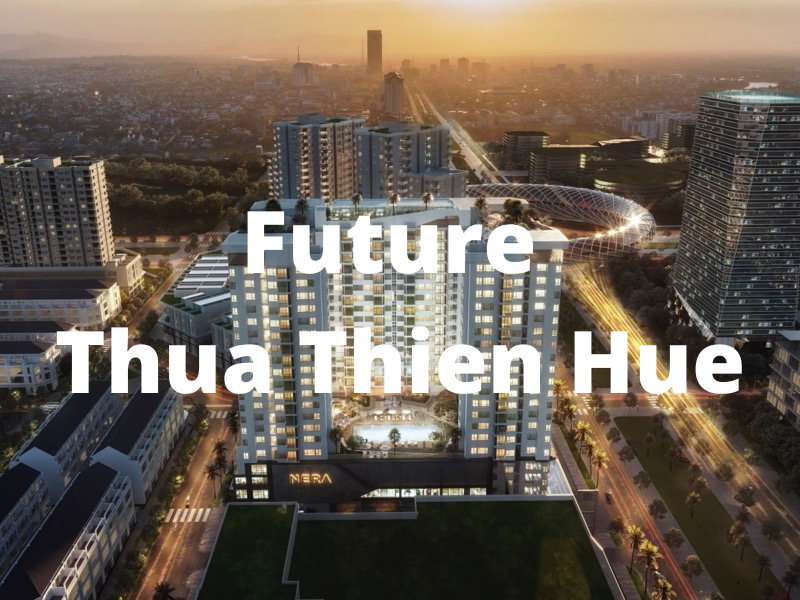 Thua Thien Hue is a province in the North Central Coast region of Vietnam. The capital of Hue is one of the most historic cities in Vietnam, with the Hue Citadel being the seat of the former imperial capital of Vietnam.

Outside of the historic area, Hue is a growing provincial capital, with a new urban area under construction on the city outskirts. In the southeast corner of the province (bordering Da Nang) is the Chan May-Lang Co Economic Zone.

Here are some of the major projects at are planned for Thua Thien Hue Province.

Hue Square is a 9-storey hotel project near the walking street tourist area by the Perfume River. 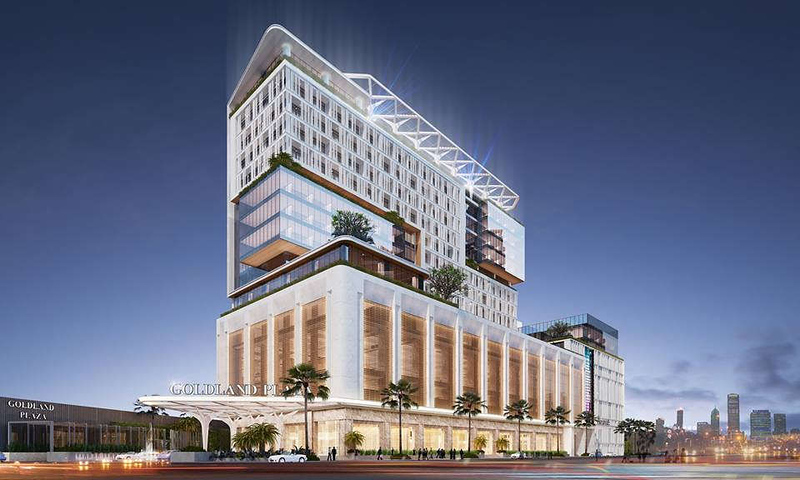 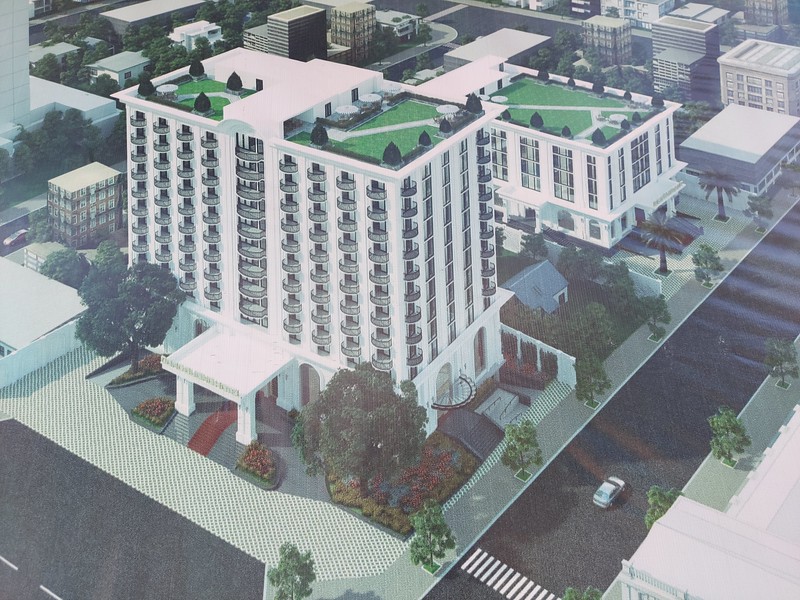 The project is led by Cotana Group. It covers an area of nearly 45 hectares in An Van Duong urban area, Hue City with a total area of about 1,400 hectares.

Phu My An is a new urban area east of the city centre. There have been a few proposed designs for this area that will be integrated with other projects nearby.

Some of the images show a pedestrian ring at the traffic circle at To Huu and Vo Nguyen Giap.

Nera Garden are two towers at the Phu My An project. It is also referred to as Nera Garden Toyota Hue Apartment as there is a Toyota dealership at the podium level.

[Nera Garden at Phu My An New Urban Area.]

Other versions of Nera Garden are being used by some real estate sites. 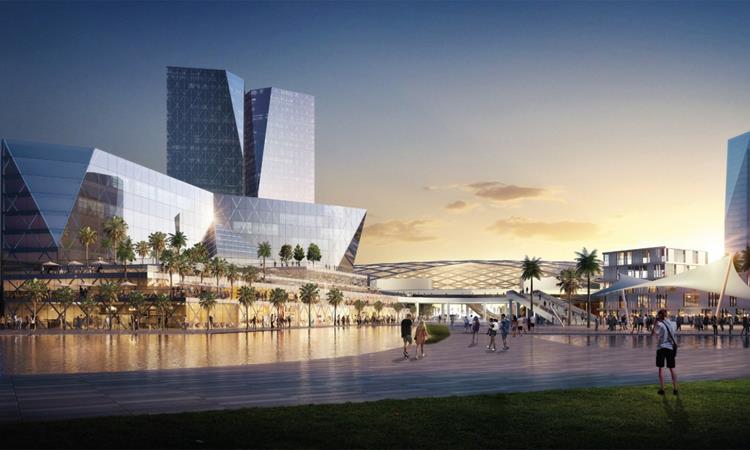 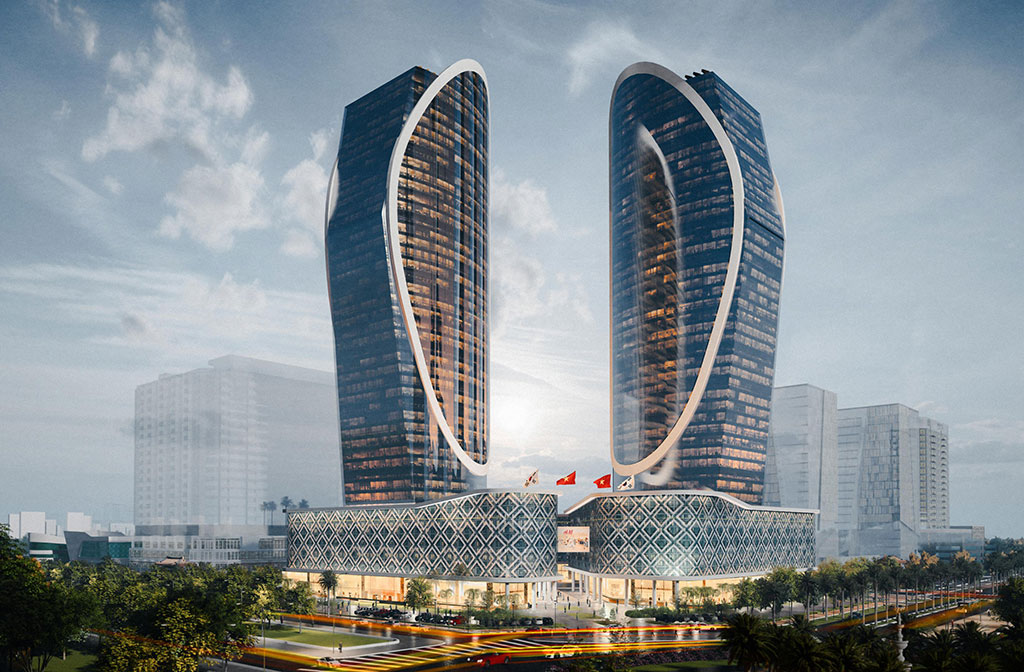 Twin tower project on the Phu My An corner.

Phu Xuan City is another project in the An Van Duong new urban area, diagonally opposite Phu My An.

AEON MALL decided to invest the first shopping mall in the Central region “AEON MALL Hue” – [06/05/22]
“The location of the project is in the large-scale development area in the east of Hue city, which is planned to develop the administrative center, office buildings, residential areas… and next to the new urban area where many new families, middle-income groups live; and further population growth is expected in the coming time.”

This unnamed hotel project is notable for proposing to move a French-era mansion from its riverside location. The mansion at 26 Le Loi is next to a larger empty property at 28 Le Loi.

Vietnam’s Hue City proceeds with relocating century-old French villa – [13/04/22]
“An over-100-year-old French-style mansion located beside the Huong (Perfume) River in Thua Thien-Hue Province, central Vietnam will be relocated, instead of being demolished to make room for a hotel project, according to local authorities.” 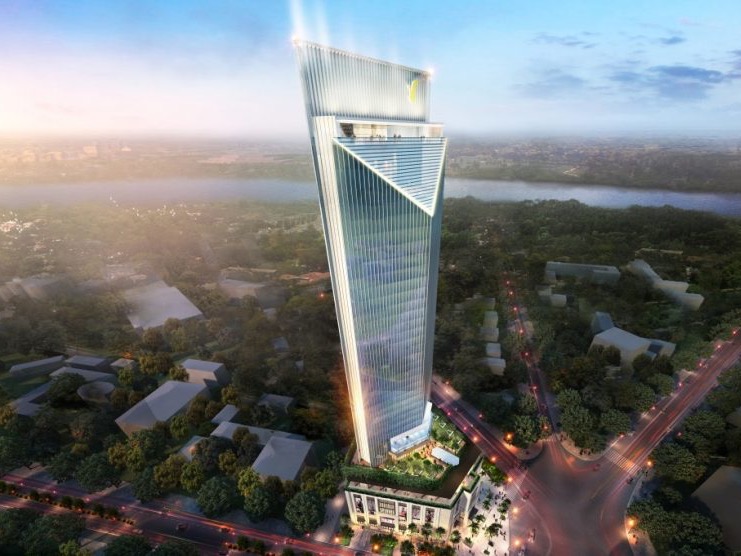 Vincom Plaza is a shopping centre and hotel complex. 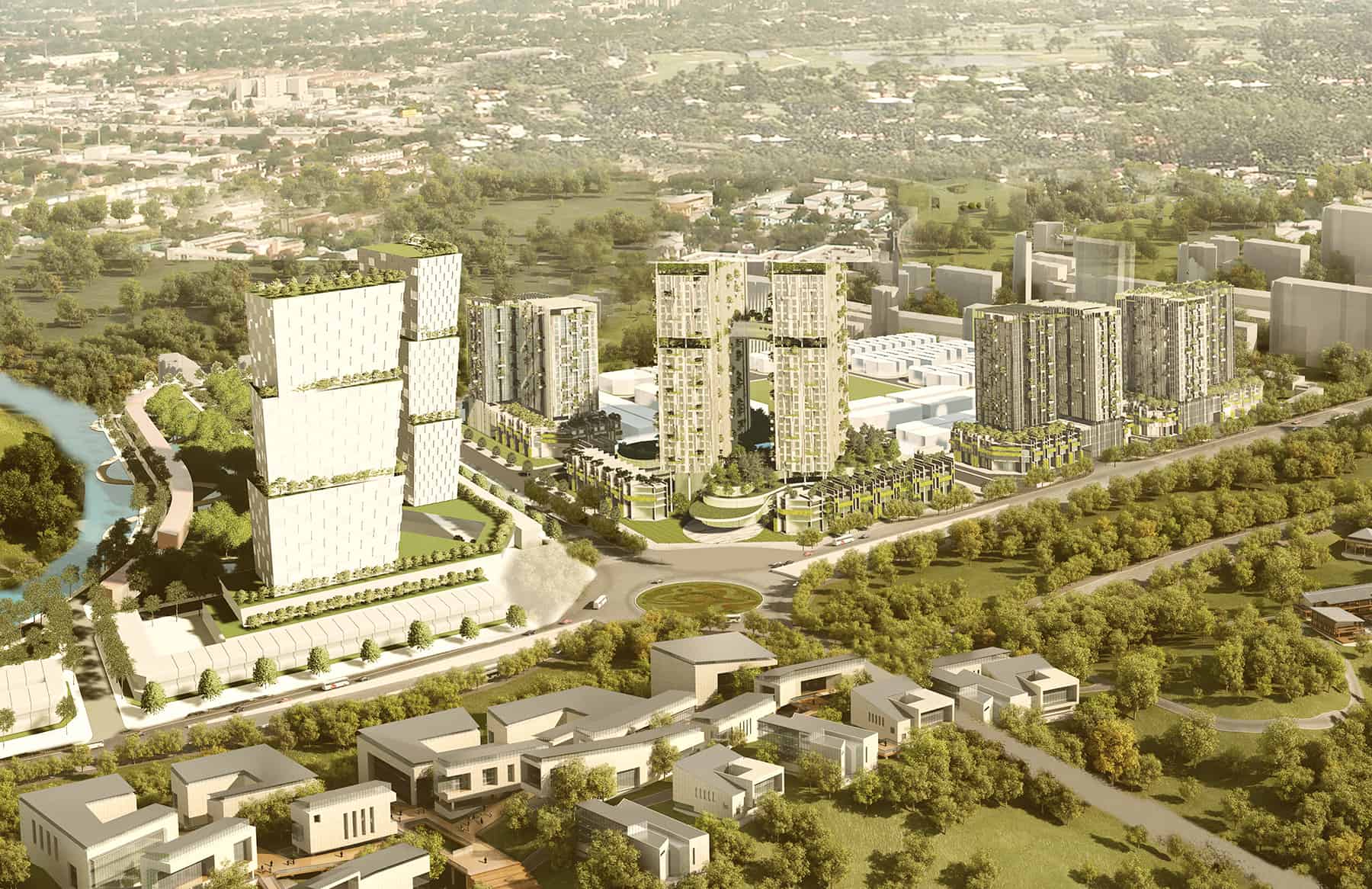 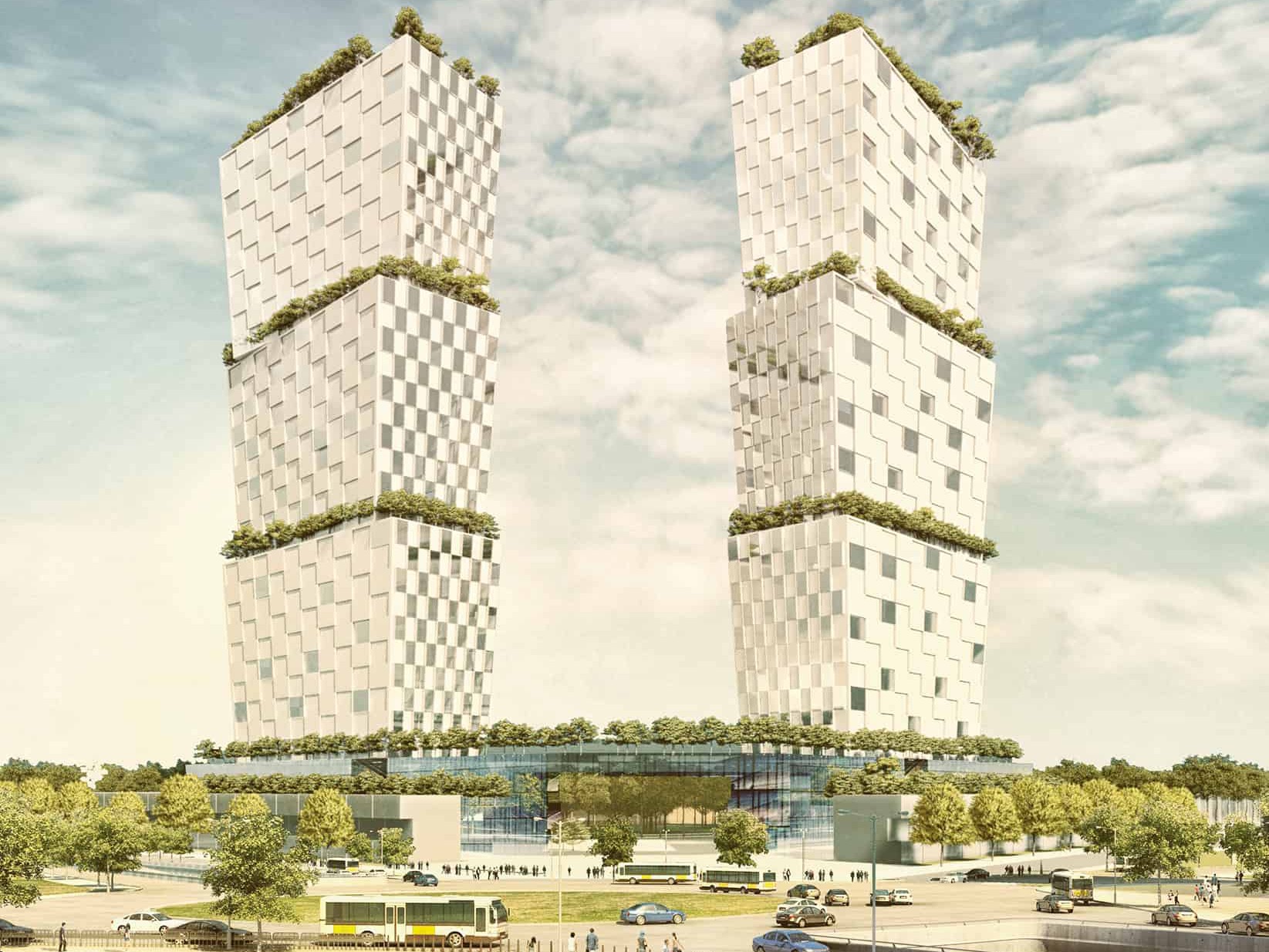 Chan May-Lang Co Economic Zone News
Chan May – Lang Co to develop towards a modern coastal urban area – [04/01/22]
“With the development orientation to become a modern urban area developing clean industries and high-tech industries, an international trade center, a center of tourism and services, and high-class resort, etc., Chan May – Lang Co (CM-LC) urban area is being taken into consideration to be invested to become a modern coastal urban area with regional as well as international standards.” 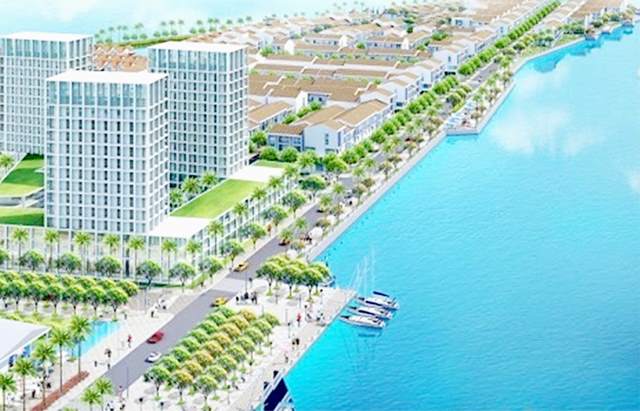 A new terminal is being built at Phu Bai International Airport (HUI), which will eventually replace the current terminal for passenger use.

Work begins on new terminal at central Vietnam airport – [29/12/19]
“The second terminal of the airport will be built on an area of 22,380 square meters to serve five million passengers per year, including a million foreigners, by 2021 and nine million passengers by 2030. When it comes into operation, the existing terminal will serve cargo only.” 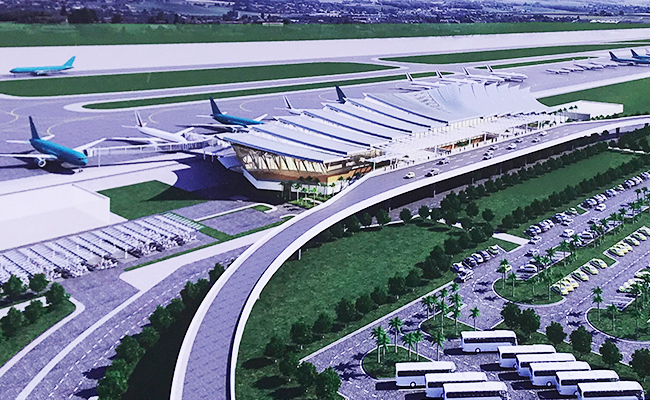 Vietravel Airlines invests in Hue – [12/06/19]
“The selection of Phu Bai International Airport will help to navigate the flow of tourists in Dong Hoi – Hue – Da Nang – Hoi An areas through Da Nang International Airport, contributing to reducing the load for this airport in the coming time.” 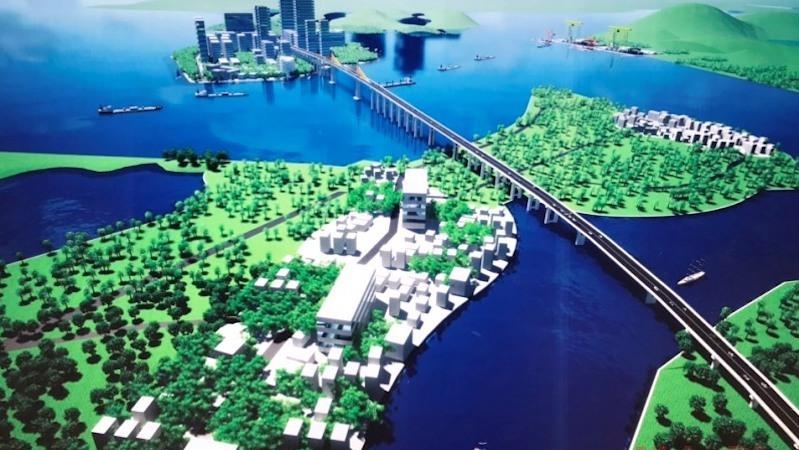 A 7.8 km road will start from Tam Giang Bridge to connect with a 2.3 km bridge across Thuan An Estuary.

Construction of $148mn coastal tourist route begins in Vietnamese province – [27/03/22]
“The objective of the project is to form a tourist route along the coast of Thua Thien-Hue Province.”

There is a plan to modernise the current North-South Railway of Vietnam with a express railway. The speed of the new railway hasn’t been determined yet, but the new railway will be a vast improvement for connectivity to Hue.

The proposed speeds of the North-South Express Railway range from 160km/h up to 350 km/h.

A high-speed railway with a top speed of 300km/h and an average speed of 250km/h would reduce the trip to Hanoi to 2h 45m. The trip to Danang would be reduced to under 30 minutes, making Danang a commutable city from Hue.

Even the slowest proposal of 160 km/h with an average speed of 120 km/h would make the Hue-Hanoi trip a reasonable 5h 45m, and Hue to Danang in about 50 minutes. These calculations use the current railway lengths, which will be shortened by bridges and tunnels on the new railway, so the travel times will be quicker.

A 4-line tramway has been proposed for the city of Hue.

Read more about the Hue Tramway.

Vietnam seeks to make Hue Asian tourist hub – [20/10/22]
“The government wants royal relics to be preserved and tourism facilities upgraded to turn Hue into a “city of festivals and Asia’s cultural and tourist hub” by 2045.”

Hue to spend $800,000 to renovate abandoned water park – [21/09/22]
“Vo Le Nhat, chairman of Hue, said a two-kilometer-long walking route around Thuy Tien Lake, just eight kilometers outside Huong Thuy District in Hue, will be built and lined with granite on a concrete foundation.”

Hue okays plan for massive expansion – [29/12/19]
“Thua Thien Hue leaders have approved a two-stage development plan for the central province’s capital of Hue that will increase its territory significantly.”