The project site is located on the coast of Bulakan, Bulacan, 35 kilometres north of the city centre. It’s also referred to as Bulacan International Airport, though it will be the main airport of Manila.

The airport would be built on a 2,500-hectare property with a plan for four runways. The surrounding area would be developed into a new residential area and an industrial zone with a seaport.

Clark airport is nearly 100 km away from Manila, and IATA have said it is too far from Manila to be an alternative airport.

In addition to the development of a new airport at Bulacan, there is also a plan to expand Sangley Point International Airport. Meanwhile, there have been conflicting reports whether NAIA is closed down completely, or rehabilitated and continued to be used as an airport.

The Bulacan airport project was proposed by Ramon Ang of the San Miguel Corporation; a conglomerate best known for San Miguel Beer. Ang had been accumulating land at the Bulacan site before making the unsolicited proposal. The airport construction would be financed by SMC and operated under a build-operate-transfer scheme with a 50-year concession.

Construction was due to begin in 2020, but it has since been delayed.

Construction of NMIA in Bulacan in full swing – [13/11/22]
“The Department of Transportation (DoTr) led by Transportation Secretary Jaime Bautista is closely monitoring developments in the P735-billion New Manila International Airport (NMIA) which is now rising in the province of Bulacan.”

Boskalis creates new land for the Philippines’ most sophisticated airport – [09/09/22]
“The construction of the New Manila International Airport (MIA), the largest project in Boskalis’ history, has reached an important milestone – the contours of the new land are now visible.”

SMC’s P 735-B Bulacan Airport is a go – [07/06/21]
“The Philippines’ largest infrastructure project, so far,—San Miguel Corp.’s (SMC) P735-billion “airport city” in Bulacan province—will start construction not in the country but in a factory offshore, said Ramon Ang, president of SMC.”

The essence of the Bulacan airport project – [23/03/21]
“A country like the Philippines needs great, not half-measure, projects.”

Bulacan fisherfolk abandon homes for airport project – [29/06/20]
About 3,000 fishermen have agreed to leave their homes in a coastal area of this town where the P735-billion Bulacan international airport project of the conglomerate San Miguel Corp. (SMC) is rising.

Bulacan airport project to push through despite delays – [26/02/20]

DOTr seeks March start on Bulacan airport despite DOF concerns – [ 24/02/20]
“While the Department of Finance (DOF) has sought clarification on certain provisions in the contract with the private concessionaire, the Department of Transportation (DOTr) still hoped to break ground on the proposed New Manila International Airport in Bulacan by March.” 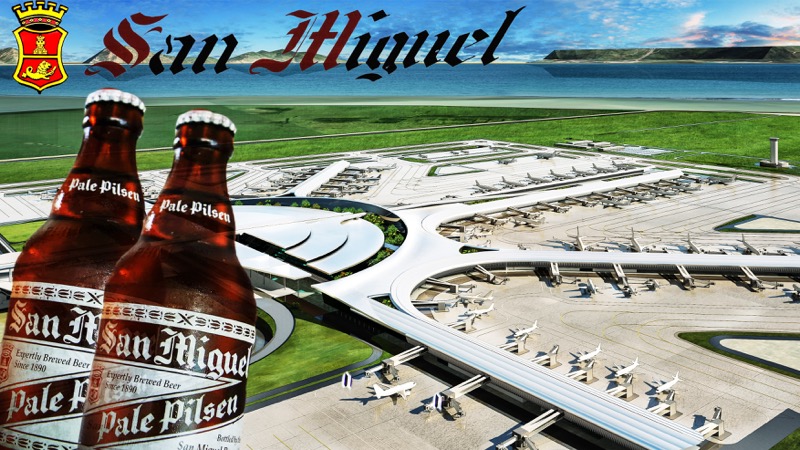 Construction of Bulacan airport to start in ’19 – [28/12/18]
“Conglomerate San Miguel Corp. (SMC) is aiming to start construction activities at its massive Bulacan airport project, being positioned as an alternative and eventual replacement to Manila’s Ninoy Aquino International Airport (Naia), by 2019.”

Philippine authorities approve unsolicited proposal for new international airport – [27/04/18]
“The San Miguel Corporation, who submitted the proposal, may yet have to fend off competition in a Swiss challenge, as per the country’s regulations.”

SMC’s airport proposal, 7 other projects get NEDA Board approval – [26/04/18]
“Eight infrastructure projects, including the unsolicited proposal for a Bulacan International Airport, have been approved by the National Economic and Development Authority (NEDA) Board, led by President Rodrigo Duterte.”

‘NAIA will not last forever’ – Tugade – [13/04/18]
“Transforming NAIA into an economic development zone is the government’s vision, in addition to improving other airports and entertaining proposals for new airport developments, Tugade said during the Philippine Economic Briefing held in Pampanga.”

Billionaires’ $20bn battle over new Manila airports heats up – [16/02/17]
“The battle of Philippine tycoons to build a new airport to serve the nation’s capital is intensifying as San Miguel proposed a 700 billion-peso (Dh51.4bn) facility, rivalling an offer from a group led by the billionaire Henry Sy.”