This is the second Hanoi Metro Report at Future Southeast Asia (the first one being in 2020). These construction updates are an annual snapshot of construction progress and notable news over the last year.

I missed the 2021 update due to the pandemic, so I was happy to be able to return to Hanoi and see that the first metro line has finally opened.

Line 2A opened on 6 November 2021, almost 10 years to the date since construction began. The construction of this line was plagued by delays and cost blowouts, and it has the distinction of being the slowest first metro line to be built in Asia.

Despite the cost and delays, the opening was a historic moment for public transport in Vietnam. The line is the first urban rail transit system in Hanoi (not counting the old tram system of Hanoi).

More than three million passengers have used the line in its first six months of operation. 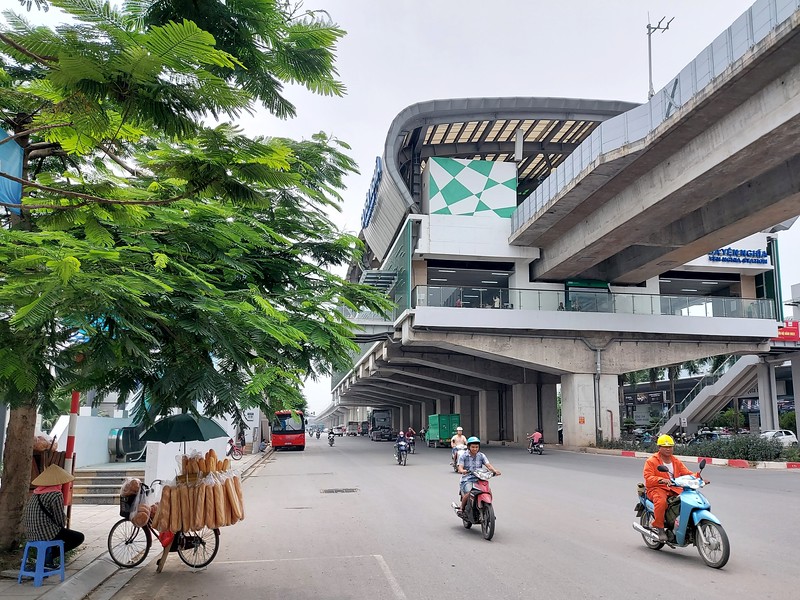 Unsurprisingly, the line reported a loss in 2021. This line by itself is never going to turn a profit, and critics miss that point when they make a big deal of the loss. Line 2A needs to be considered as part of a 10-line metro system, which is what Hanoi Metro will eventually be (and hopefully more beyond that).

Line 2A by itself will never be effective as a single-line metro, but it will become useful over time when more lines are built with interchanges. The journey to a functional metro system begins with the first line.

Here is my full review of Line 2A of the Hanoi Metro.

Line 3 is the only other line under construction as of 2022, and it is also experiencing delays and cost blowouts. The most recent setback was in May 2022 when it was announced that the line will not be fully operational until 2027, with an additional cost of $211.8 million.

Here is a good infographic that shows the state of Line 3 as of 2022.

A feasibility study for the Line 3 extension from Hanoi Station to Hoang Mai began in 2022, and that is expected to be finished by 2024.

Evidence of the underground section of the metro can be seen at future stations. At Ga Ha Noi there is construction work on Tran Hung Dao St in front of the station.

This is station 12 of Line 3, though at the work site it is referred to as Tran Hung Dao and not Ha Noi. 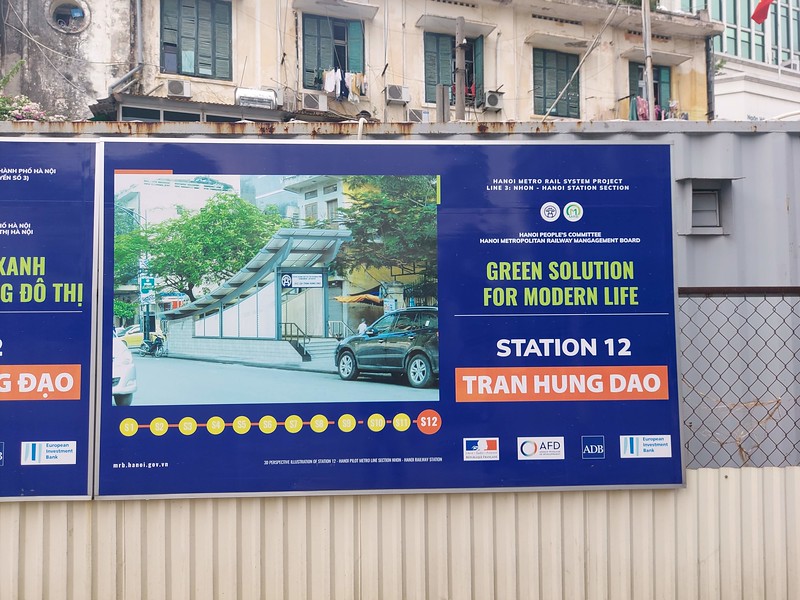 Behind Hanoi Station, there is another worksite with a diagram showing the alignment of the tunnels underneath the station.

Station 11 is Van Mieu, which is near the Temple of Literature.

[Van Mieu worksite near the Temple of Literature.]

Station 10 is Cat Linh, where it will intersect with Cat Linh Station on Line 2A. The Line 2A station is above ground, while the Line 3 station is underground.

[Line 3 Cat Linh worksite, with Line 2A Cat Linh in the background.]

After using Cat Linh Station on Line 2A there doesn’t appear to be a future interchange with Line 3.

[How will passengers interchange between Line 2A and Line 3?]

Station 9 is Kim Ma, which is on a big intersection opposite Lotte Center Hanoi. The new office towers on this intersection make it look like a central business district, and the metro will enhance its stake as a business hub. 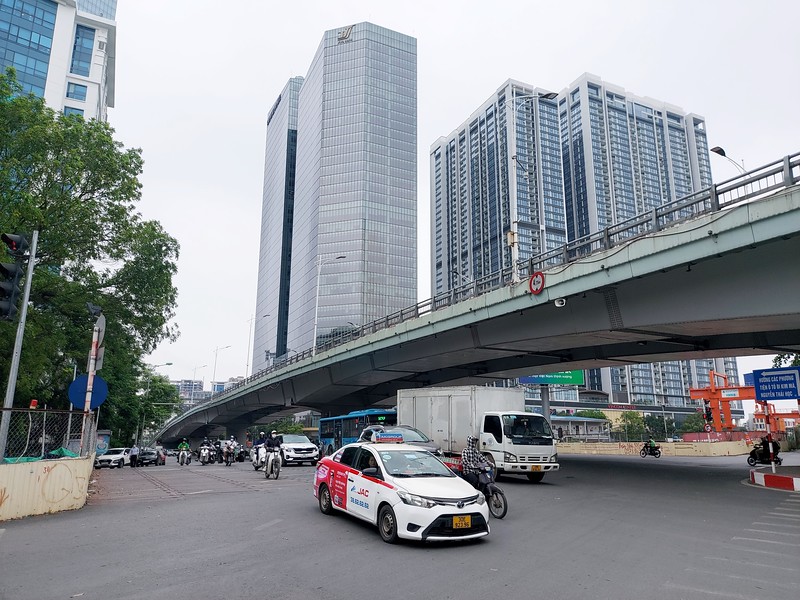 Line 3 emerges from underground between Kim Ma and Cau Giay.

I saw a new map at Cau Giay which displays Line 2A and Line 3 together. There doesn’t appear to be a standardized style for the map yet, so it will be interesting to watch the map evolve over time as more lines are added. 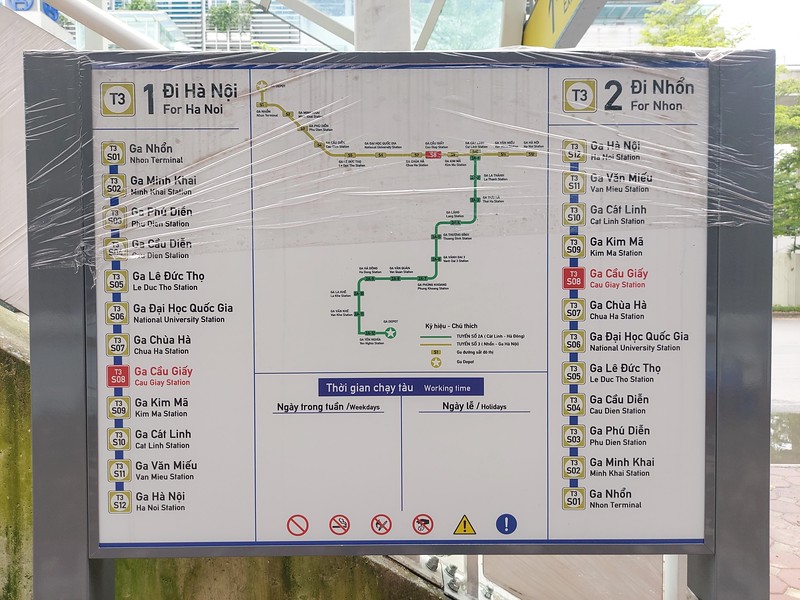 This map shows Cat Linh as an interchange, so I am curious to see how seamless the interchange will be. 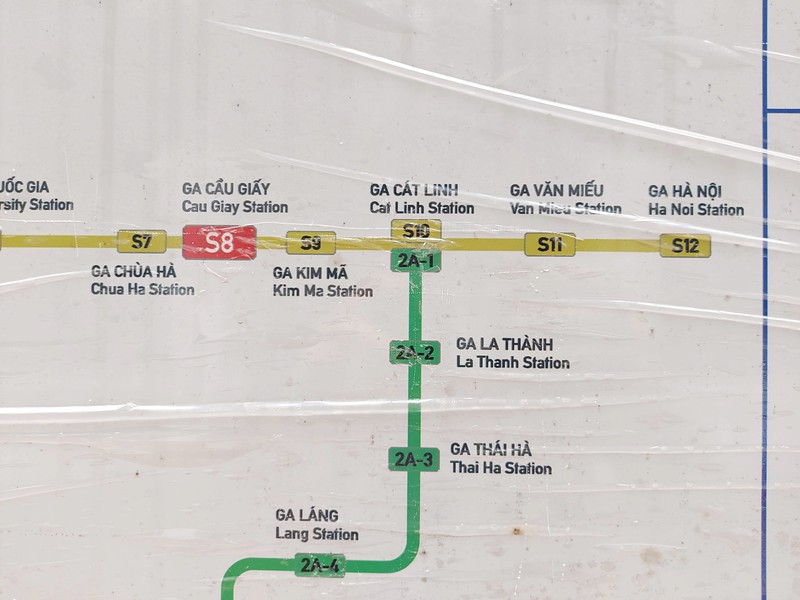 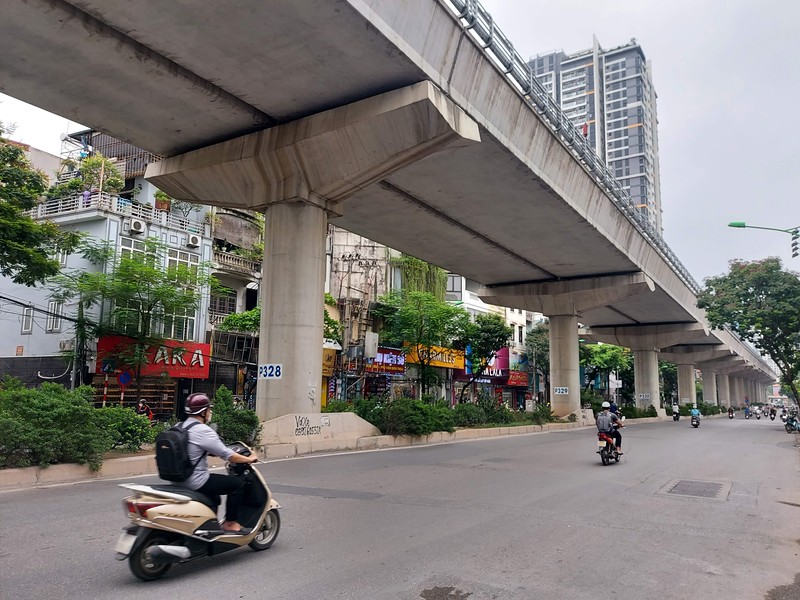 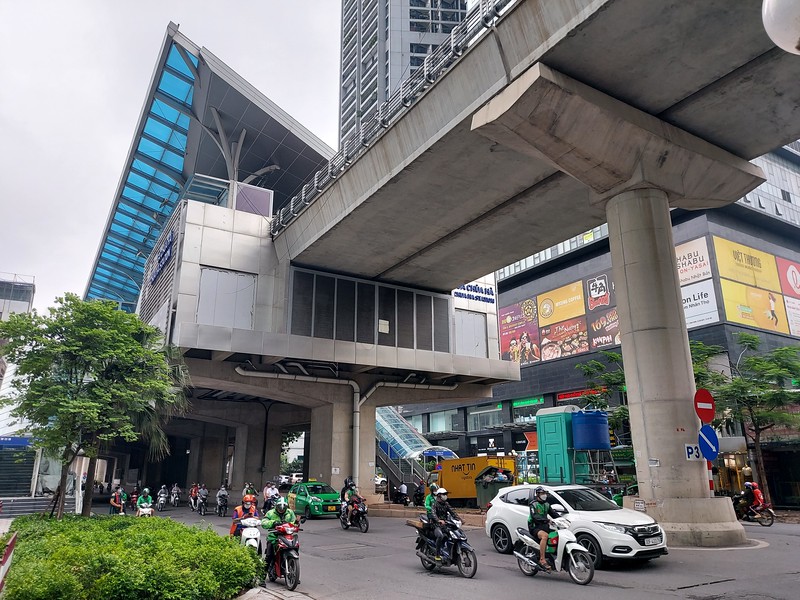 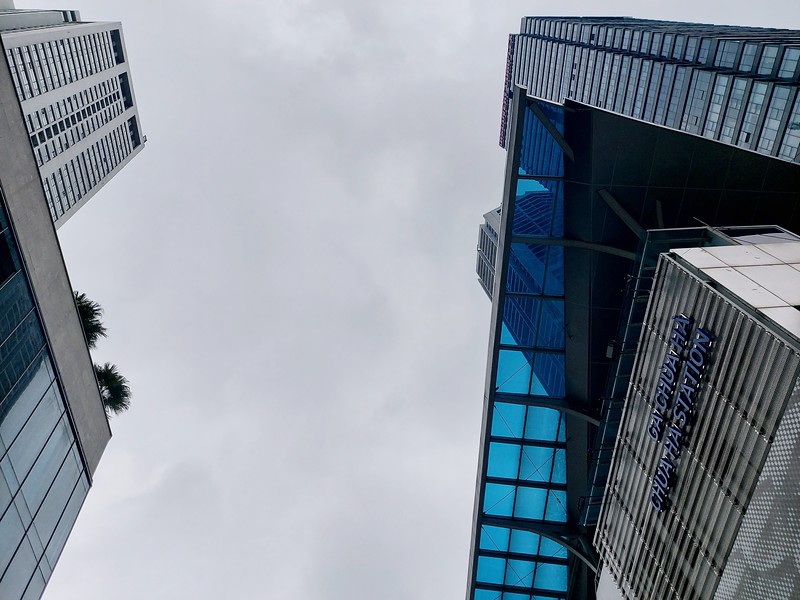 News about Line 2 continued to be dominated by the location of the Hoan Kiem station. 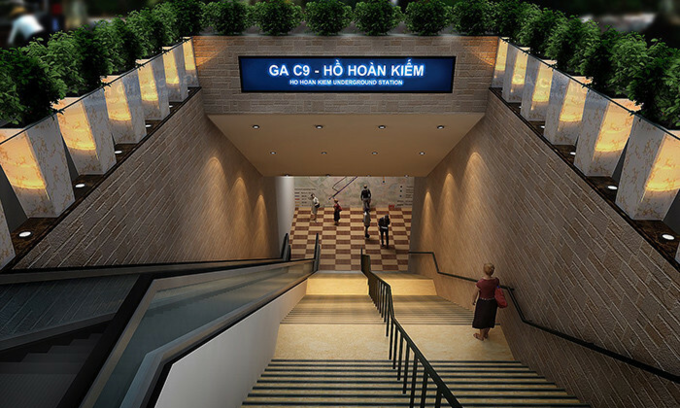 The location was supposedly settled in 2019, yet it was announced in March 2022 that it will be located under Dinh Tien Hoang Street, in front of the Hanoi Electricity Corporation buildong and the People’s Council and People’s Committee building.

[Hanoi Electricity Corporation on Dinh Tien Hoang on the east side of Hoan Kiem Lake.]

If there is one line that should be expedited it should be Line 2. This line will link Noi Bai Airport to the historic area around Hoan Kiem Lake. Noi Bai is already booming post-pandemic, with domestic flights now at pre-pandemic levels. At the same time, private vehicles are causing traffic jams within the airport road system.

Hanoi authorities announced in 2020 that five lines would be open by 2030.

Line 2 (Nam Thang Long-Tran Hung Dao-Thuong Dinh) and Line 3 (extension from Hanoi Station-Yen So) will be open by 2030.

In April 2022 the government reaffirmed that six more underground urban railway lines would be built as part of the planning project for 2030, with a vision toward 2050. News reports didn’t specify which lines or construction timetables.