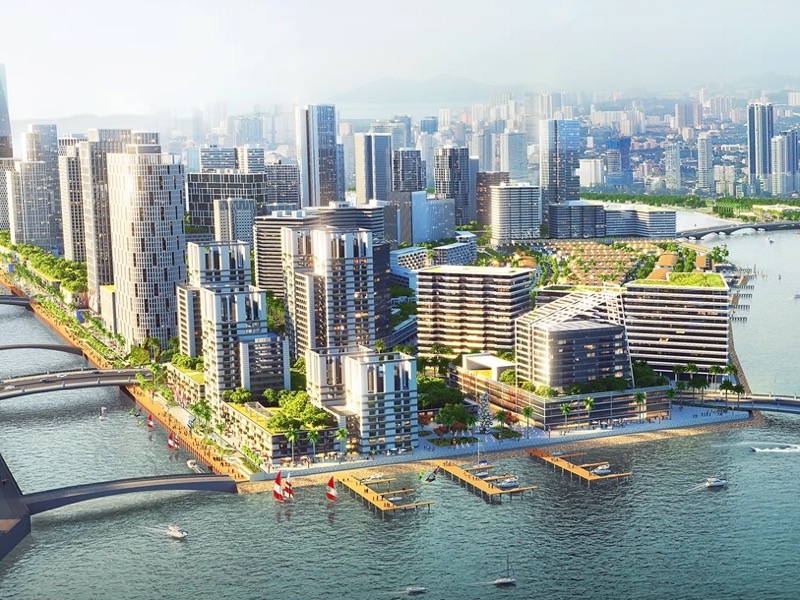 When speaking of Penang it can refer to Georgetown, the island of Penang, or the state of Penang, which includes the island and the strip of land on the peninsula. Most visitors to Penang visit the historic Georgetown on the northeast tip of Pulau Pinang, but there is more to Penang than Georgetown.

Apart from the large tourism crowds that Georgetown attracts, Penang is also an industrial and IT centre, and it’s positioning itself to become the Silicon Valley of the East. Penang is also a popular location for retirees with the Malaysia My Second Home program.

This post covers developments across the island and mainland Penang, excluding projects in the UNESCO World Heritage area of Georgetown. Developments in Georgetown are mainly limited to restoration projects, which will be the subject of another post.

This map includes all projects mentioned in this article. 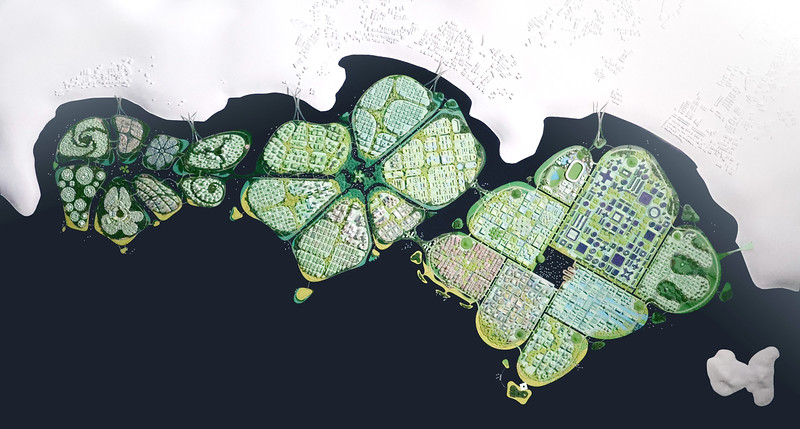 Penang South Islands is a proposal to build three artificial islands off the southern coast of Penang Island. The land use will be a mix of residential, commercial, and open space, with an industrial area on Island A (underneath the airport flight path). 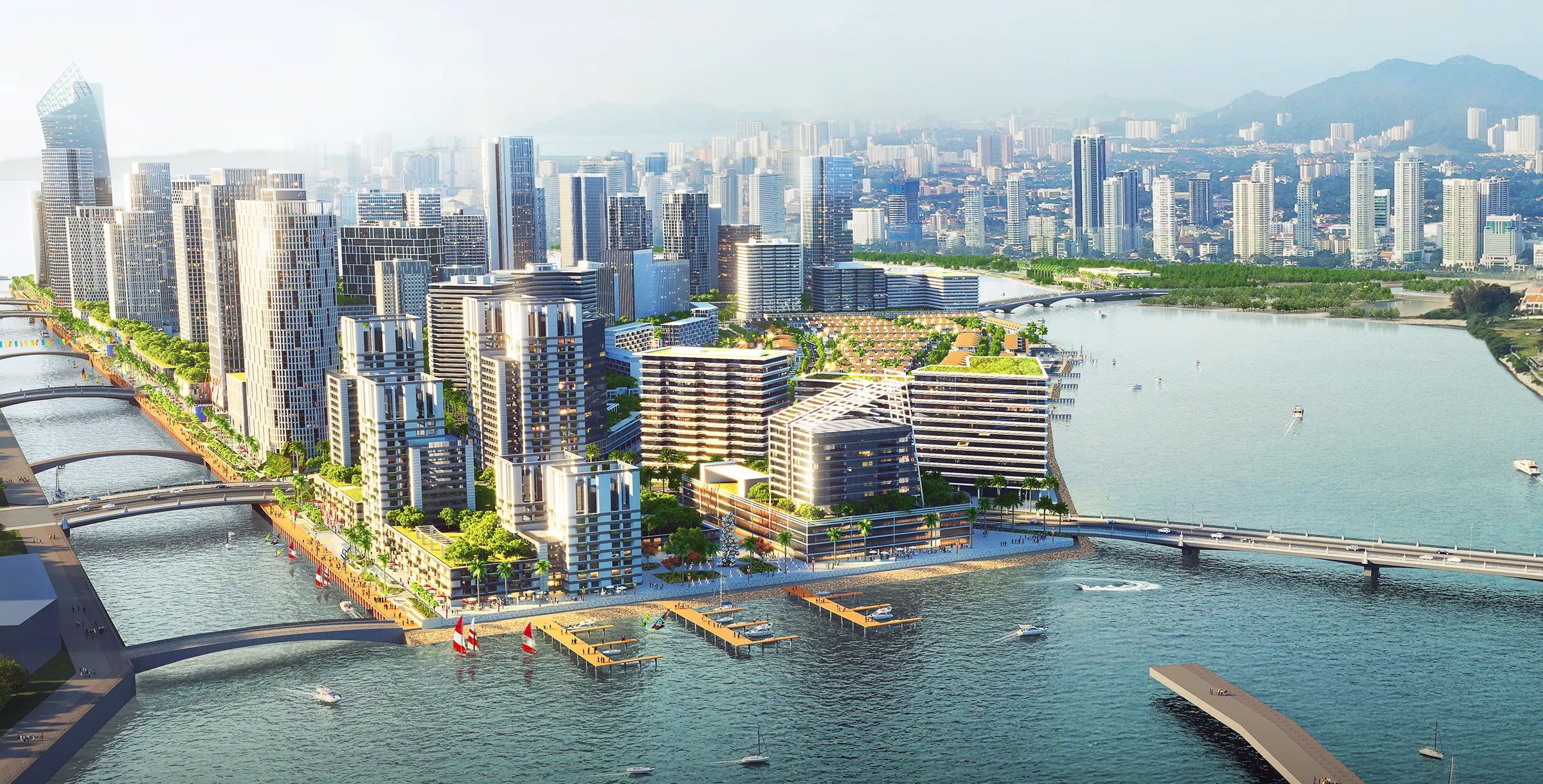 Andaman by Eastern & Oriental is a new urban development on an artificial island of Gurney Drive.

Sia Boey Urban Archaeological Park is the rehabilitation project of the Sia Boey Market and Prangin Canal. The market and shophouses were ruins, while the canal was heavily polluted. The market is on Prangin Road, which forms the southern boundary of the UNESCO World Heritage area. It’s on the other side of the road so it doesn’t have UNESCO protection. The old shophouses were in such bad shape that they looked like they would be left to rot. The shophouses were saved from demolition, and they will be restored into a repurposed shopping and recreation area. 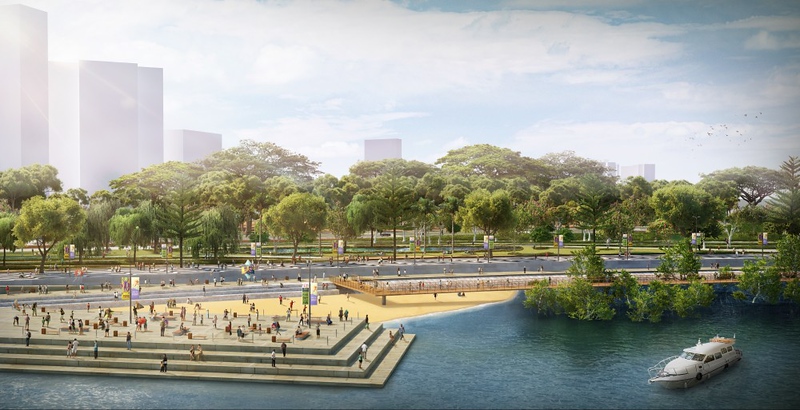 Gurney Wharf is a seafront public park that is being reclaimed from a tidal mudflat off Gurney Drive. The park is somewhat inspired by Gardens by the Bay in Singapore, which was also fashioned from reclaimed land. The park includes the Seaside Retail Food and Beverage (F&B) Precinct. 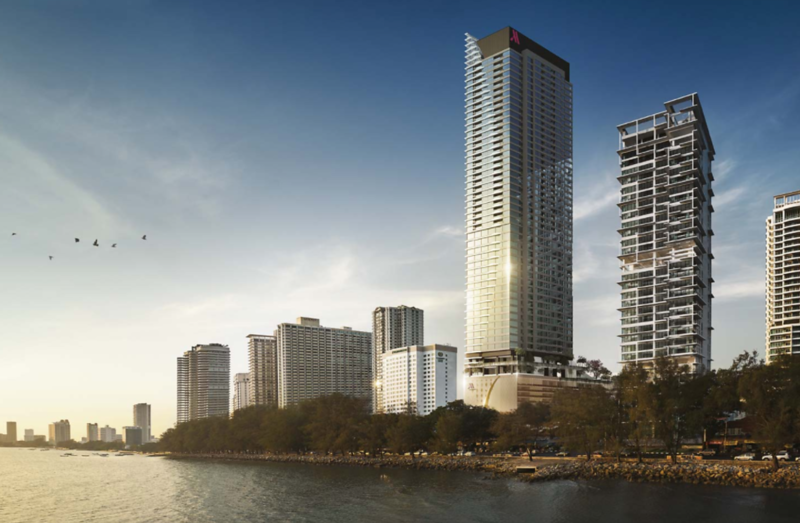 The Marriott Residences Penang on Gurney Drive is a 55-storey/190-metre skyscraper that will include a hotel and apartments. 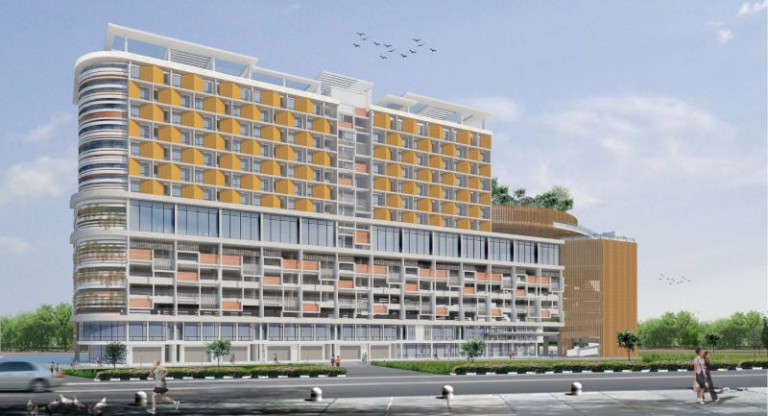 A new hotel development in the Seven Streets Precinct, south of the UNESCO World Heritage area of Georgetown.

Runnymede Bay is a proposed multi-building project to the west of the UNESCO buffer zone on the road known as Millionaire’s Row. The plan includes a 61-storey apartment block (211 metres), a hotel, and commercial and office space, alongside the restored Runnymede Hotel. This site has been controversial as a historic building has already been demolished. It’s outside the UNESCO area, so it doesn’t have the same level of heritage protection. 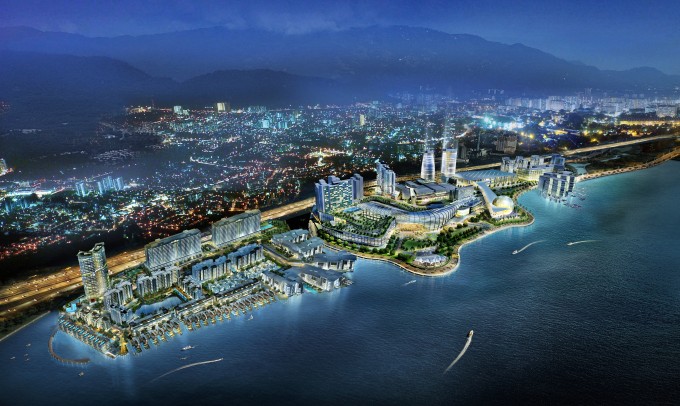 The Light Waterfront is a mega-development covering 152 acres of seafront property near the Penang Bridge. This mini-city will feature residential, business, retail properties, a marina, and parkland. The plan has changed from the original design and doesn’t look as ambitious as the first plan. By the looks of the latest render it will change again when the last phase is released. 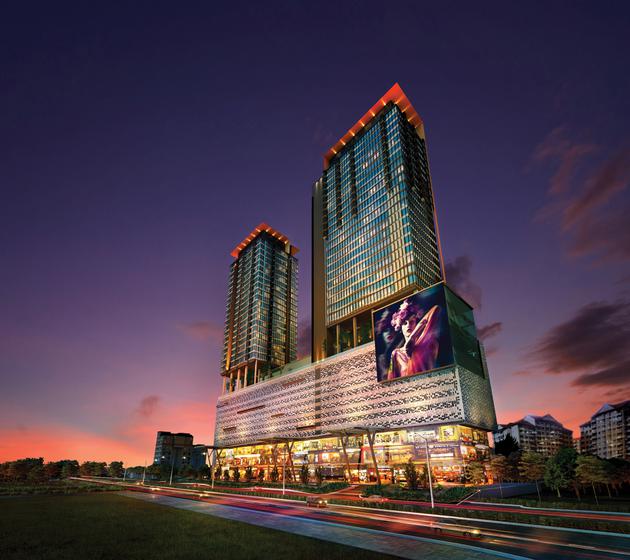 Tropicana 218 Macalister is a 2-tower residential, hotel, and retail development on Macalister Road. 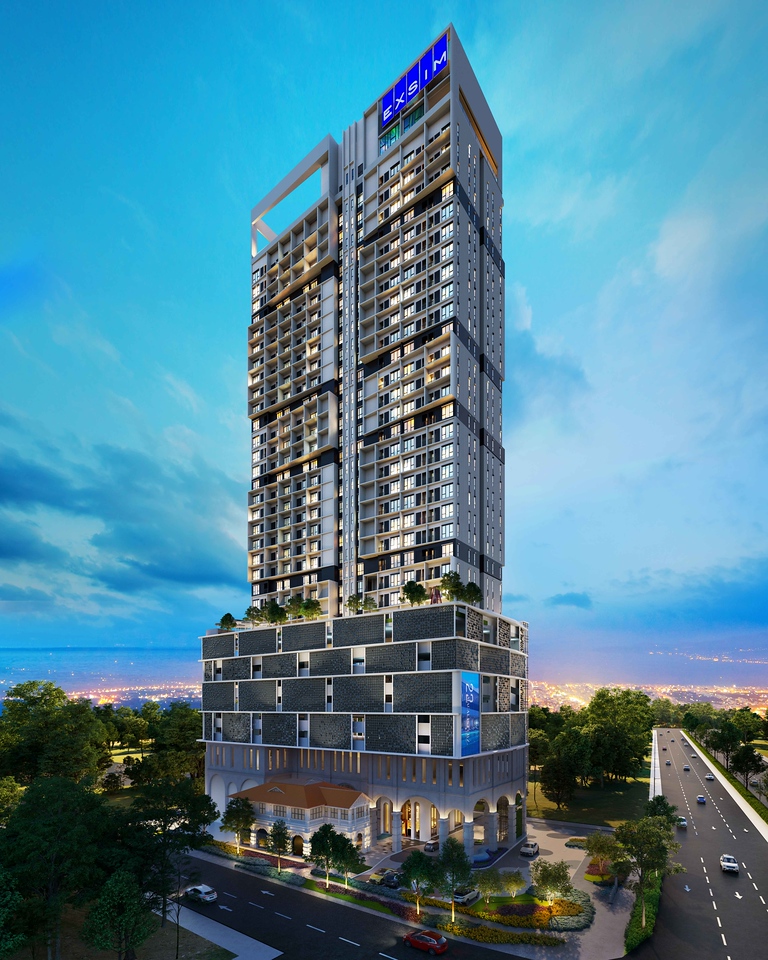 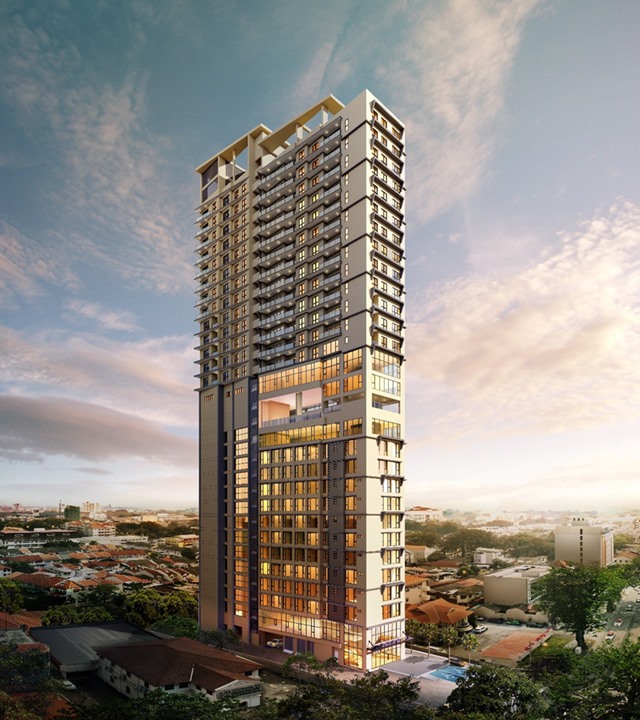 Green City Residence is a 29-storey residence and 4-star hotel.

Sunway Valley City is a “mixed-development project, spanning over a 9.7-ha site, is divided into four phases, comprising shop offices, serviced apartments, a shopping mall, an educational institute (Sunway College), an office tower and a medical centre.” [thestar.com.my.] The site is on the former Lee Rubber Factory, to the south of Air Itam.

The One (Penang Cyber City) 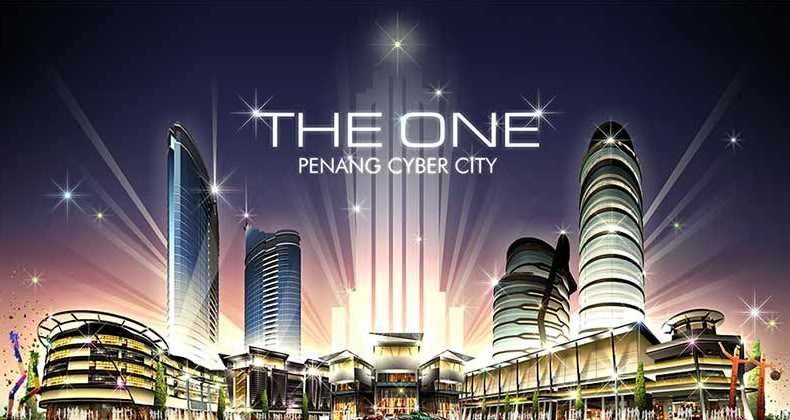 The One (Penang Cyber City) was proposed in 2007 and has gone through design variations since then. It’s located at Bayan Lepas (near the airport), which was touted to become a world-class IT hub. 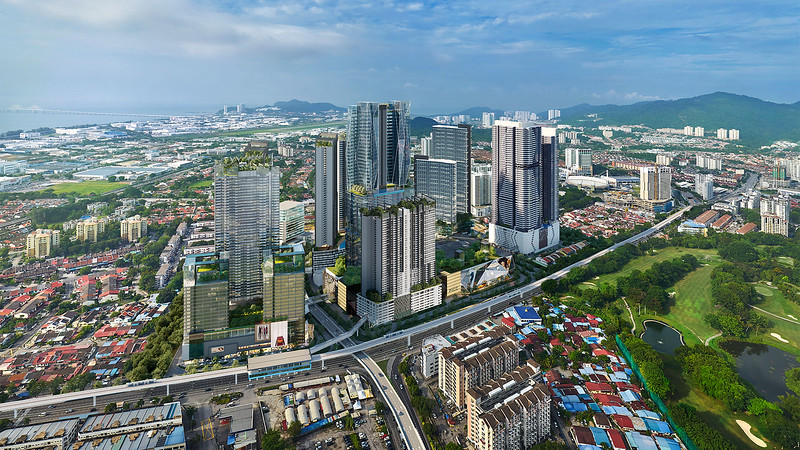 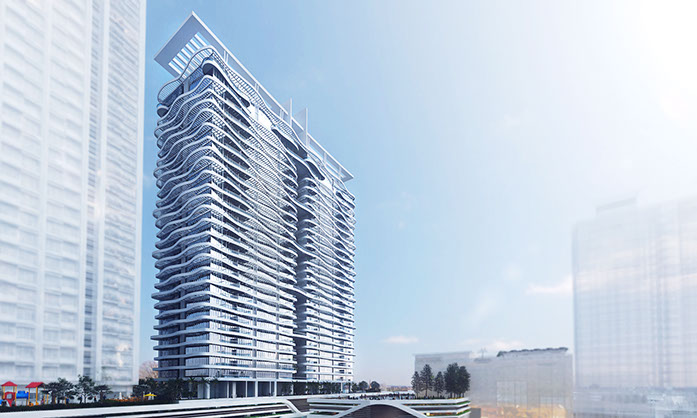 This distinctive apartment tower is next to Penang Times Square, not far from KOMTAR. This 38-floor tower will be a mix of apartments and retail. 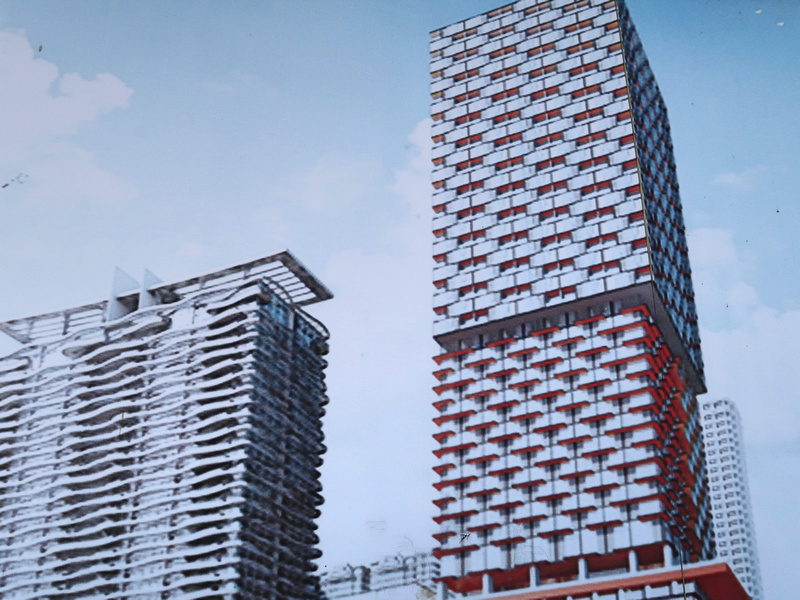 Next to The Wave is The Central, which is phase 4 the Penang Times Square development. The tower will be approximately 150 metres and have 654 apartments. 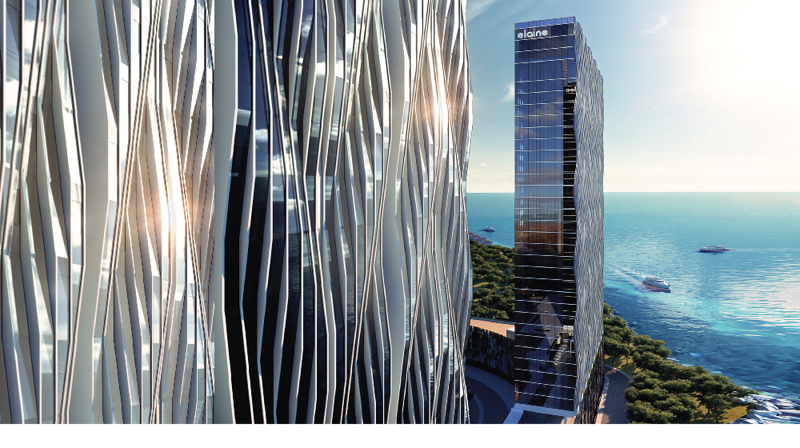 City of Dreams is a luxury apartment development featuring two 40-storey towers named Elaine and Chloe. The property is on the waterfront at Tanjung Tokong, facing the skyline of Gurney Drive.

Penang in no hurry to speed up expansion work unless pandemic over, says CM – [30/07/20]
“The Penang International Airport (PIA) expansion project has been postponed due to the Covid-19 pandemic.” 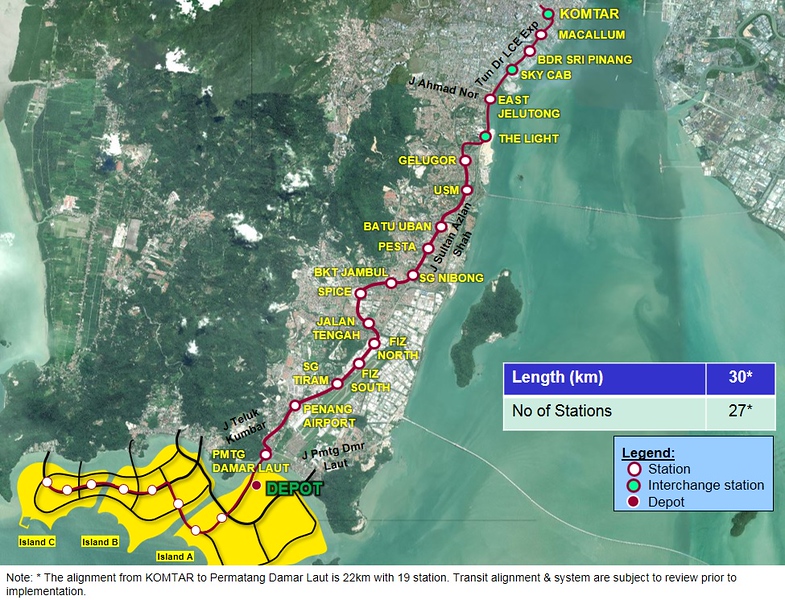 There have been several proposals over the years for some form of rail transit system, with plans for a light rail, monorail, and trams. The Bayan Lepas LRT is currently under consideration, which will connect the airport to KOMTAR (at the edge of the historic Georgetown area). 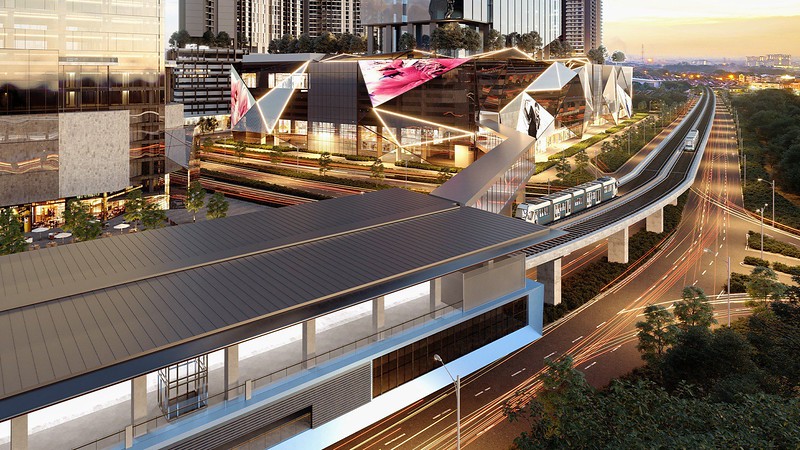 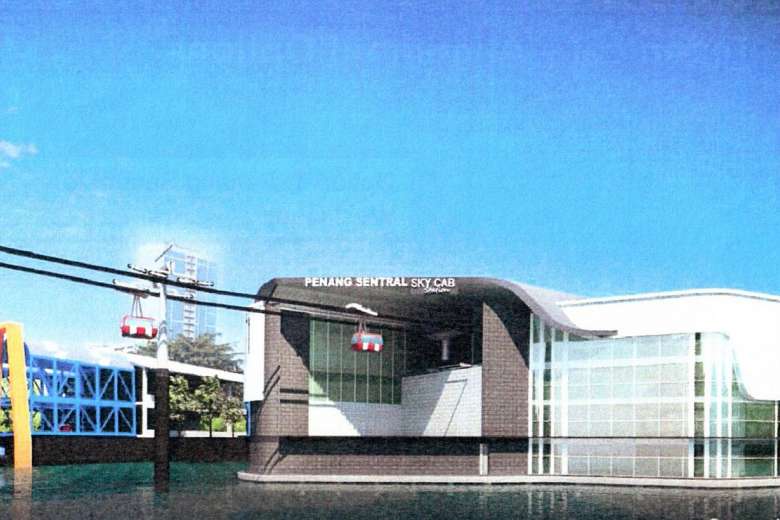 Another public transport proposal that has been floating around for a while is the Penang Sky Cab. This is a cable car that would connect Butterworth to Georgetown. Initial reports had the alignment similar to the current passenger ferry. Later proposals have it connecting to The Light LRT station. It’s still mentioned on the government transport site, but at this stage, it will probably be a “never built” project. 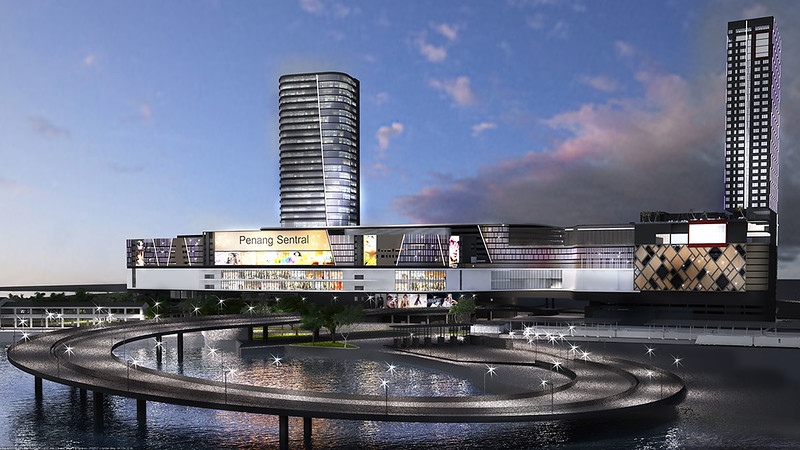 Penang Sentral is the new transport hub in Butterworth, becoming the main transportation hub for the state of Penang, and an improved gateway to the island of Penang. It will facilitate transfers between buses, trains, and ferries, and it will include retail and residential developments, resembling the malls and apartments built around KL Sentral. 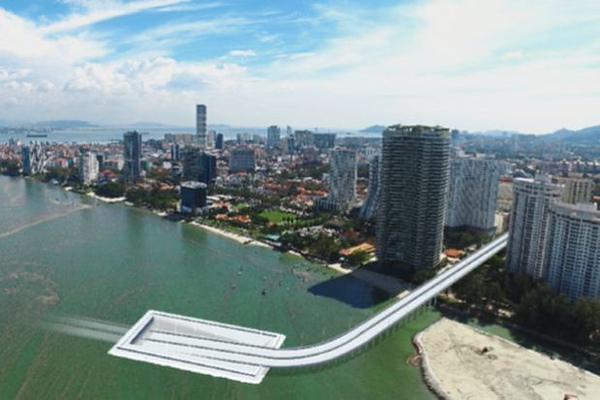 The Penang Undersea Tunnel is a proposal that would connect Butterworth on the peninsula to the island’s northern coast near Gurney Drive. The 7.2 km tunnel has been mired in controversy that has delayed construction. There are concerns of the traffic exiting in an already congested area, and a corruption scandal regarding funding has also put the project in doubt.

Penang residents call for halt on hillside developments – [08/11/17]
“Residents of Miami Green Resort Condominium have called for an end to all development on hillslopes in Penang following numerous landslide incidents, in particular, the recent Tanjung Bungah landslide which claimed the lives of 11 men.”