Get free weekly updates on construction, transport, and infrastructure in Southeast Asia. 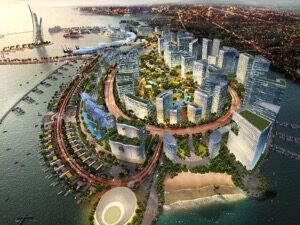 City of Melaka (Malacca) in Malaysia is a historic port city that still shows influences from its time of Portuguese, Dutch and British rule. The old city centre was listed as a UNESCO World Heritage Site (with Georgetown, Penang) in July 2008. Melaka is the capital of the state of Malacca, and like Penang there […]