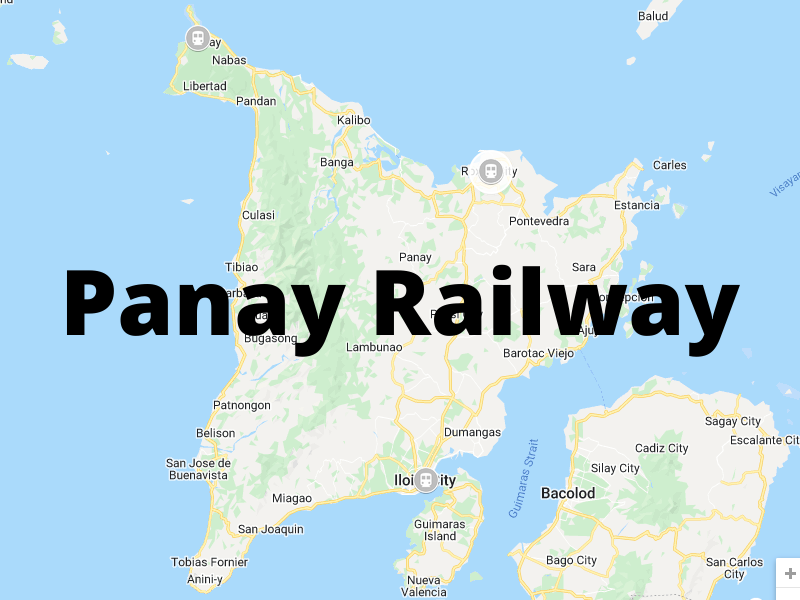 The Panay Railway is a proposed restoration of the railway on the island of Panay in the Philippines. The original Panay line ran from Iloilo City to Roxas City. The service operated from 1906 to 1985, with cargo operations ending in 1989. This railway was operated by Panay Railways, which also operated the Cebu line.

The new railway would consist of a line on the old alignment from alignment Iloilo City to Roxas City. Phase 2 of the proposed line will extend from Roxas City to Caticlan in Aklan.

Panay Railways Incorporated still exists as an entity, leasing land of property that it owns.

This fact sheet is collating news about the proposed railway on Panay, whether it is operated by Panay Railways or not.

Philtrak revives bid to build $5 billion electric railway system – [02/12/22]
“The consortium that had proposed to convert the idle 117-kilometer Panay railway into an electric road train (ERT) system is reviving its offer, this time on a broader scale with the inclusion of three more areas.”

Railways in Panay Island soon ‘to be a reality’: solon – [26/04/22]
“A party-list lawmaker on Tuesday said the passage of the new Public Service Act has paved the way for the eventual revival and operation of the Panay line under the Panay Railways Inc. (PRI).”

Panay Railways chief open to foreign ownership to rehab defunct rail system – [24/03/22]
“The head of Panay Railways, which has stopped operations since 1985, said the recent amendments to Commonwealth Act No. 146 (Public Services Act) may pave the way to the eventual revival of its rail transport operations.”

Philtrak consortium to spend up to P30 B for Panay rail line – [28/07/19]
“Under the proposal, the consortium will lay out a 3.7 meter-wide asphalt trackway along a 117 kilometer stretch of the PRI from Iloilo City in Iloilo province to Roxas City, Capiz in the proposed Phase 1, with a potential Phase 2 where the line could be extended into Caticlan in Aklan province.”

ERT may run on old Panay railway – [09/08/18]
“The Electric Road Train (ERT) developed by the Department of Science and Technology (DOST) is being considered to run on the old, decommissioned rail line of the dormant Panay Railways.”

Hope shines on Panay’s rail dream – [06/08/16]
“In 2010, the Regional Development Council endorsed the railway system. But due to its high cost, the project failed to get the support of then President Benigno Aquino III and then Interior Secretary Mar Roxas.

The first phase alone, covering Iloilo City (Iloilo) to Roxas City (Capiz), was estimated to cost P16 billion. There was no estimate for the second phase, which would connect Roxas to Barangay Caticlan in Malay town, Aklan province, the jump-off point to the world-famous resort island of Boracay.”

Iloilo pitches massive infrastructure plan for the city – [27/07/15]
“The projects are a seamless railway connecting the city to its inner provinces, an intelligent transport system, and a government center.”

Trans Panay Express – [08/07/15]
‘Formerly known as the Panay Railways, the Trans Panay Express will connect and bring closer two provinces, three cities and 11 municipalities in Panay Island. The 122 kilometer railway line is planned to have fully air-conditioned coaches with 450 passenger capacity and will cut travel time from Iloilo City-Roxas City to 70 minutes.” 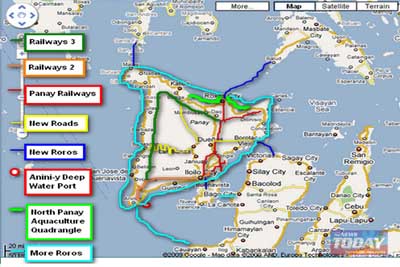 Council asked to revive Panay railways – [16/02/10]
“Mamondiong said the new study encompasses massive rehabilitation and reconstruction of the railways from Iloilo to Roxas City, Capiz and up to Kalibo and Caticlan in Aklan province.

He said the DOTC plan hopes to give tourists and visitors to the island paradise of Boracay a more comfortable, faster and safe means of transportation through the railways.”

Panay Railways – [28/07/05]
“At present, there is a plan to revive the Panay Railways which was closed sometime in 1983 because of the sharp decline of the sugar industry in West Visayas.”