Kampot is a coastal province in southwestern Cambodia. Its capital is the city of Kampot, which is famous for its colonial remnants. The province is building ports and Special Economic Zones in a bid to increase tourism and investment.

Here is a list of projects that are planned or under construction in Kampot Province.

Thai Boon Roong Kampot Building is a two-tower development in Kampot, Cambodia. The project occupies an entire city block on the riverfront, next to the old bridge (Entanou Bridge). 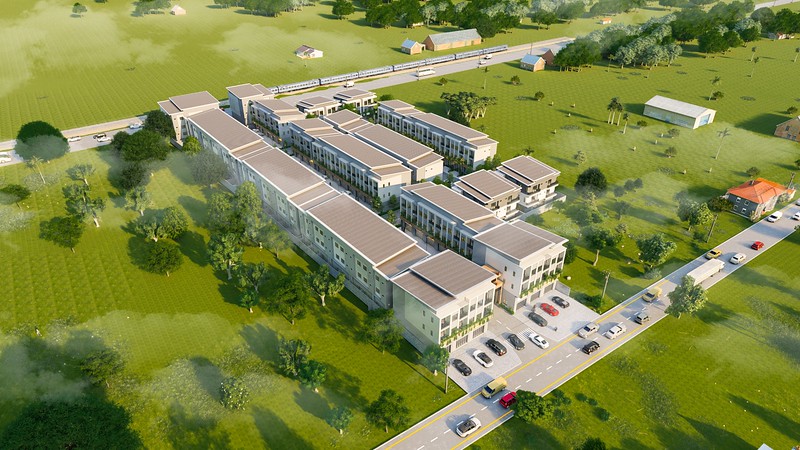 Kampot Mall is a new mall on Highway 3 next to the railway crossing. It is being developed by Furi Corporation, who also built Furi Time Square in Sihanoukville.

Teuk Chhou Village is a new urban development in the western half of Kampot City.

A residential development featuring residences, shophouses, and a central market.

Tuek Chhou is the district that surrounds Kampot City.

Kampot International Tourism Port is 6km southwest of Kampot City, and it is being built to accommodate ferries and small cruise ships.

News
$20 million Kampot tourist port completed – [09/10/22]
“The main tourist port in Kampot province is located next to Dang Prek, a tributary in Teuk Chhou district, about 6 km from Kampot city. Construction of the seaport on more than 4 hectares of land began in 2018 and was completed in June 2022.”

Kampot International Tourism Port will be completed at end of 2021 – [30/09/21]
“The seaport is 300 metres long and capable of accommodating vessels carrying 300 to 400 passengers. The port is an international tourist port that is planned to accommodate about 1 million tourists and passengers.”

ADB loan for marine ferry terminal in Kampot to boost southern tourism – [25/11/14]
“The Asian Development Bank (ADB) has approved an $18 million loan to build a marine ferry terminal and other infrastructure in southern Cambodia to open up new opportunities for tourism beyond current popular destinations like the famous temples of Angkor.”

New $23b Kampot resort – [16/08/17]
“The first large-scale international project slated for the region is called the French Riviera Marina; a project valued at $23.2 billion, which will be constructed along the coastal area of Kampot and Kep.

According to the developer, the Pallas Group, the French Riviera in Kampot will offer a secure ocean-side parkland community, consisting of hotels, villas, apartments, a water park, private and artificial beaches, a golf course, a marina, an amusement park and a shopping centre, among other facilities.”

Kampot awakens from slumber – [08/12/16]
“The project – dubbed the ‘French Riviera Marina’ – is designed to turn Kampot and neighbouring Kep province into city centres brimming with residential, commercial and tourism-focused projects.”

Bokor City is a proposed new city in Bokor National Park. The new city was announced in August 2019 under the “Master Plan for Bokor City Development Project until 2035”. The new city will occupy about 9,000 hectares of land in the park.

Read more about the Bokor City.

CDC okays $1.3 b multipurpose port in Kampot province – [21/01/22]
“The Council for the Development of Cambodia has approved a massive investment project worth $1.3 billion to develop a logistics and multi-purpose port in Kampot, one of southern Cambodia’s coastal provinces.

Located in Bokor city, Kampot province, the investment is registered under the name of Kampot Logistics and Port Company Limited.”

Gov’t Approves US$1.3-billion Multipurpose Port & Logistic Centre for Kampot Province – [18/01/22]
“The Council for the Development of Cambodia (CDC) has given a permit to Kampot Logistics & Port Company Limited to invest US$1.3 billion in establishing a multipurpose port & logistic centre in Kampot province.

According to the CDC’s announcement on Monday 17 January, the project will be located in Changhon village, Sangkat Prek Tnaot, Bokor City and will create at least 590 jobs for locals.”

Chinese construction in Cambodia’s ‘next tourism hotspot’, Kampot, has residents and NGOs worried – [09/01/21]

Cambodian construction boom turns karst mountains to cement – [17/11/20]
“Limestone mountains are being devoured to meet demand from the construction industry, with little thought to the undiscovered species that may be lost.”