Haiphong is a seaport city in Northeast Vietnam, approximately 100 km east of Hanoi. It is the third-largest city in Vietnam and home to the largest post, which serves Hanoi and the Red River Delta region.

Haiphong is one of five cities in Vietnam that is a separate municipality and not in any of the 58 provinces (the other cities being Hanoi, Danang, Ho Chi Minh City, and Can Tho). There are some historic colonial-era buildings in Haiphong, but the city is primarily a business hub due to the port and surrounding industrial provinces.

Here are some of the major construction and transport projects that are planned, under construction, and completed in Haiphong.

Map of Haiphong construction, transport, and infrastructure projects mentioned in this article.

The Hilton Hai Phong Hotel and BRG Legend projects include the five-star Hilton Hotel, commercial centre, and luxury apartment building. The two towers of 22 storeys are located in the “golden land” area on Tran Quang Khai.

The Diamond Crown Hai Phong Complex features the One Signature Tower and a U-shaped residential building.

Landmark Haiphong is a mixed-used multi-tower development of 44, 39, and 18 storeys. This is on the site of the cancelled FLC Diamond 72 Tower project. 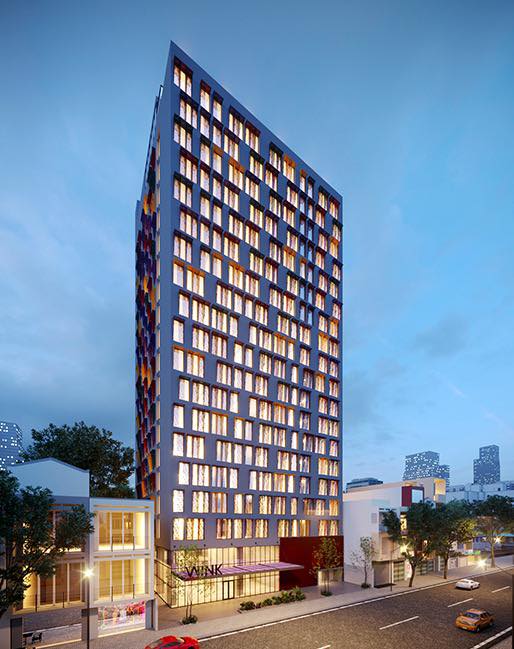 A Japanese-inspired apartment complex featuring 2 buildings of 26 floors each with a total of 924 condo units.

Waterfront City Hai Phong is a new urban area on the Lạch Tray River. The area includes Hotel Nikko and The Minato Residence.

Vinhomes Marina is a new urban area built around a marina on the Lạch Tray River (next to Waterfront City).

Here is a drone video of the complex. 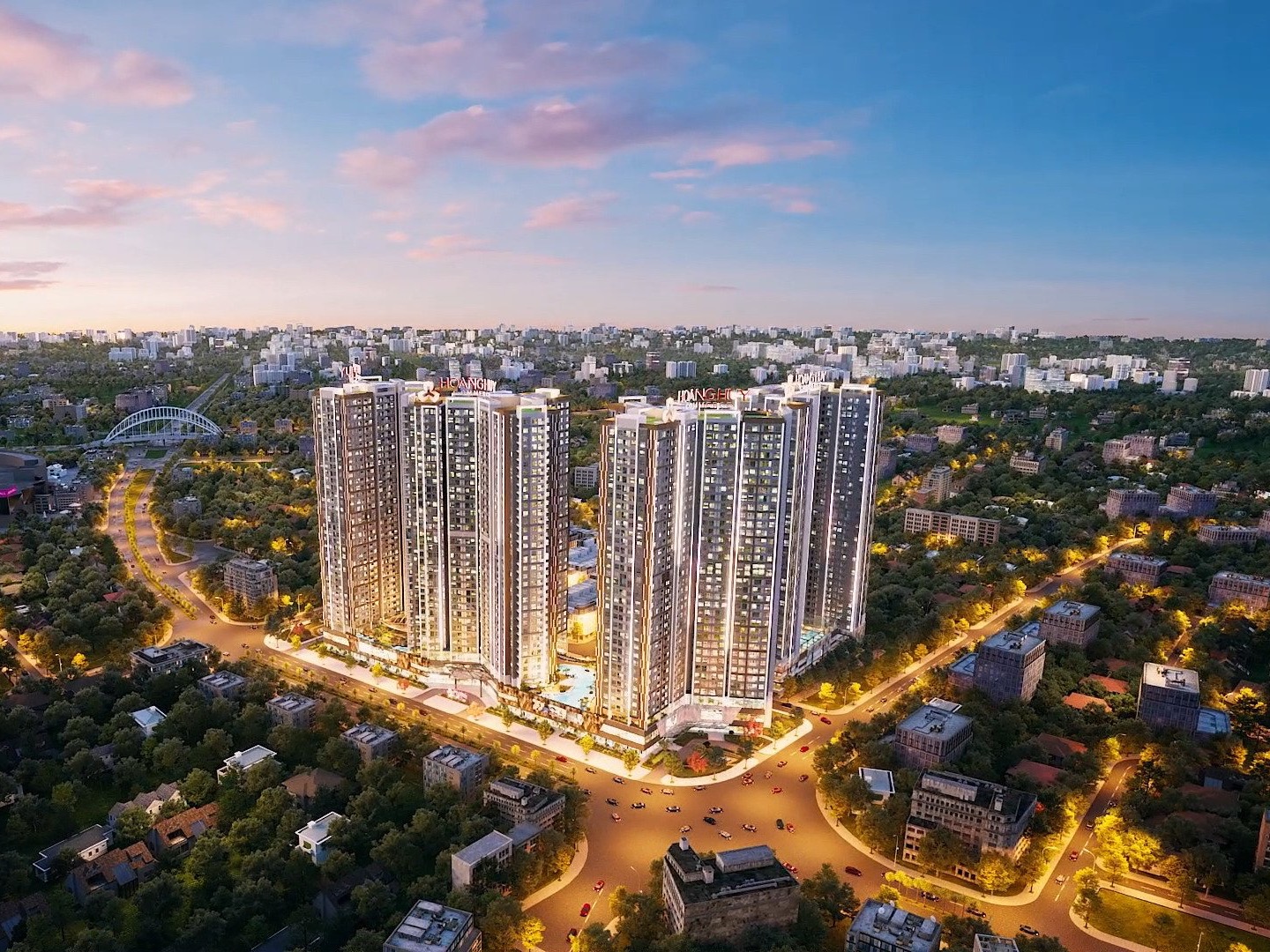 “Covering an area of 324ha, the development consists of 14 administrative buildings housing offices for municipal agencies and a convention-performance centre with 1,500 seats.” (Source).

A 5-star hotel, office, apartment, and retail development at the site of the former Sat Market.

Sat Market Redevelopment News
[4K] The last scenes of Sat Market, Haiphong, Vietnam – Chợ Sắt Hải Phòng – Những hình ảnh cuối cùng
“Sắt Market was one of the largest markets in Hai Phong, built in the late 19th century in the French colonial period, called Grande Marché (Grand Market). This market was known as one of most popular markets in Vietnam along with the markets of Ben Thanh (Saigon), Dong Xuan (Hanoi), Dong Ba (Hue),etc.
This market sold household electronics, tools and second-hand goods. The current market building was built in 1992. The market moved to a new area of Kien An district and this building officially closed on March 15, 2022 to build a new complex of shopping mall, hotel & offices.”

New proposal for investment procedures at Sat Market – [28/11/19]
“Sat market trading center is located at the city’s center, near Tam Bac river and on Quang Trung street. It has great significance. However now the market is not in effective operation. Being built since 1992, now the market is being downgraded. The investor has not completed worked as being approved.”

Vinhomes Imperia Hai Phong is a new urban area featuring villas by Vinhomes. The residential area radiates from the Vincom Plaza shopping mall, which is at the base of the signature tower. The tower was originally the Vinpearl Hotel Imperia, and upon completion it became the tallest building in Haiphong at 148 metres. On the 21st of September 2022 the hotel was rebranded from Vinpearl Hotel Imperia Hai Phong to Sheraton Hai Phong.

New Vingroup centre opens in Hai Phong – [21/01/19]
“The conglomerate Vingroup inaugurated its newest trade centre and hotel complex in the northern port city of Hai Phong on Saturday. Located at the Vinhomes Imperia Hai Phong urban area, the 45-storey complex is the highest of its kind in the northeast region.”

FLC Group had planned to build a 70-storey hotel, office and commercial complex, which would have been one of the tallest buildings in Vietnam. The project was cancelled by the city, and FLC Group has since run into other problems with the chairman being arrested for stock market manipulation.

Work on construction of FLC 72-storey tower starts in Hai Phong – [08/05/20]
“A groundbreaking ceremony for a complex of hotel, shipping centre and offices for rent invested by Property developer FLC Group was held in the northern port city of Hai Phong on May 8.”

FLC Group eyes 70-storey twin towers in Haiphong – [11/03/19]
“The group is looking to build a twin towers in a 17,800 square metre plot at No. 4 Tran Phu street, where the city is finetuning auction procedures for the development of a 70-storey hotel, office and commercial complex.”

Work starts on Ben Rung Bridge connecting Hai Phong with Quang Ninh – [14/05/22]
“The bridge, spanning the Da Bach River, has a total investment of nearly 2 trillion VND (86.6 million USD). The bridge measures over 1.87km in length and 21.5m in width with six lanes.”

Gov’t approves construction of new terminal for Cat Bi Int’l Airport – [09’07/22]
“The Government has approved construction of the second terminal at Cat Bi International Airport in the northern city of Hai Phong, with a designed capacity of five million passengers per year.”

Upgrading Cat Bi International Airport in Haiphong with $130 million funding – [01/12/21]
“The projects on building the T2 passenger terminal with a total investment of VND2.05 trillion ($89.13 million), along with building associated cargo terminal and expanding aircraft parking space in the first phase with VND490 billion ($21.3 million) funding in Haiphong are slated to be launched in the first quarter of 2022.”

Bamboo Airways to launch three air routes to Hai Phong – [04/05/19]
“Vietnam’s newest carrier Bamboo Airways will open commercial air routes from the northern port city of Hai Phong to the central coastal city of Quy Nhon, the southern economic hub of Ho Chi Minh City, and the Mekong Delta city of Can Tho from May 10 with one round-trip flight per day for each route.”

New international airport in Hai Phong put into operation – [12/05/16]
“Cat Bi International Airport in the northern port city of Hai Phong was put into service on May 12 after more than two years of upgrading under a plan approved by the Prime Minister in 2012.”

Haiphong is connected to Hanoi by a single-track metre-gauge railway. It takes 2h 35m to travel from Hanoi to Haiphong by train for the 102 km journey (an average speed of approximately 40km/h). There have been proposals to modernise the railway, most recently from China which wants to connect Kunming to Haiphong via a standard-gauge railway.