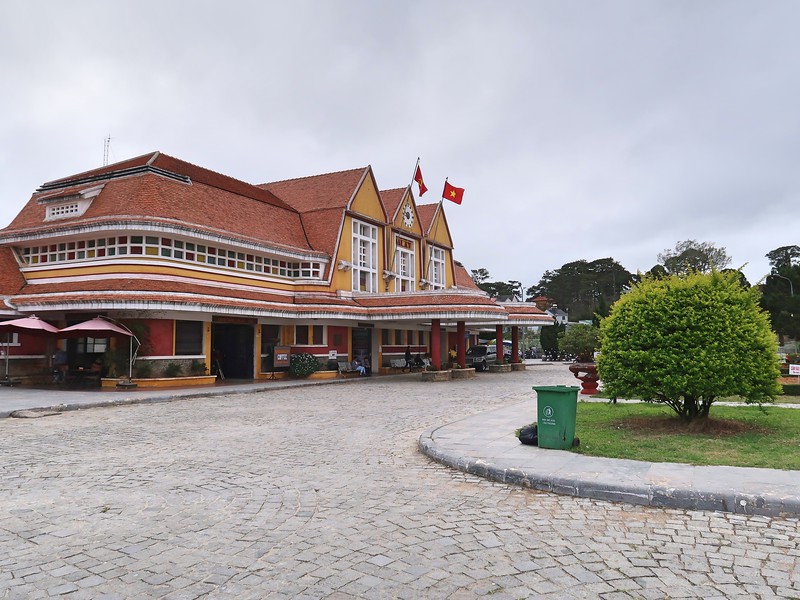 The Da Lat–Thap Cham railway was an 84 km railway that connected Da Lat in the Central Highlands to Thap Cham on the main North–South railway of Vietnam. The proposed restoration would rebuild a new line along the same route.

The original railway was completed in 1932 and ran until 1968. For the full history, read more about the old Langbian Cog Railway at the Historic Vietnam website.

There is currently a 7 km restored section of the line between Da Lat Railway Station and Trai Mat. This is now used as a tourist railway, and the renovated Da Lat railway station is also a tourist attraction.

Restoration of the railway was approved in 2007, and it was initially scheduled to be completed by 2015. No progress on the restoration has been made since then.

The most recent update was in 2019, with the Bach Dang Company proposing to develop the railway. In return, they would operate the railway and be compensated with a build-transfer deal, where they would be paid with land.

A monorail and railway to Gia Nghĩa have also been proposed, which would be connected to the Da Lat Station.

Railway restoration project in Da Lat to receive PPP investment – [15/03/19]
“The restoration of the Thap Cham-Da Lat Railway, originally built by the French, will receive investment from a private-public-partnership (PPP). Bach Dang Trading-Service Joint-Stock Company announced the decision after a meeting with the Ninh Thuan Province’s People’s Committee”.

Vietnam to restore Thap Cham-Da Lat rack railway – [20/01/19]
“The Central Highlands province of Lam Dong is planning to restore a rack railway connecting the resort town of Da Lat and the city of Thap Cham in Ninh Thuan province.”

A ghost train to return to life in central Vietnam – [10/10/18]
“Tran Quoc Nam, vice chairman of Ninh Thuan Province on the south central coast, said the province was working with a private investor on a plan to restore the Thap Cham – Da Lat Railway, running from the former coastal Champa Kingdom in Ninh Thuan to Da Lat, dubbed as “Little Paris” in the Central Highlands.”

Đà Lạt-Tháp Chàm railway route to be upgraded – [28/09/18]
“Bạch Đằng Trading-Service Joint Stock Company on Thursday proposed restoring an old 84-km section of Tháp Chàm-Đà Lạt railway, with total investment of more than VNĐ8.2 trillion (about US$352 million) in the form of a public-private-partnership (PPP).” 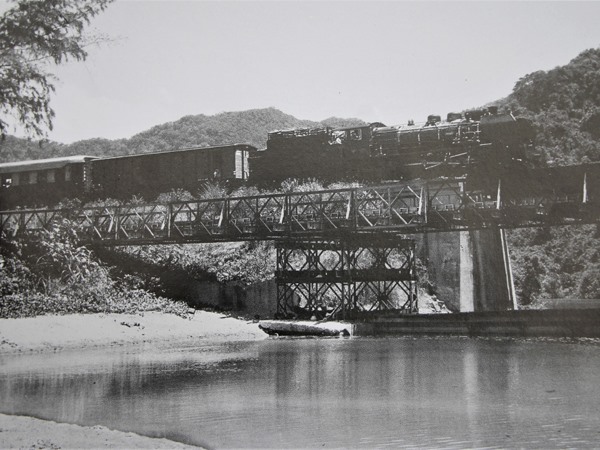 Vietnam province needs over $170mn to bring century-old railway back to life – [27/12/17]
“Officials in Lam Dong Province, located in the Central Highlands, said at a conference on Tuesday to promote investment, finance, and tourism that they are calling for VND3.9 trillion ($171.81 million) to revitalize the railway linking the provincial capital of Da Lat with Phan Rang-Thap Cham City.”

Investment needed to restore historical Da Lat cog railway – [29/05/12]
“Central provinces of Lam Dong and Ninh Thuan are calling for investment to restore the 84km railway linking the coastal Phan Rang – Thap Cham City in Ninh Thuan Province and the mountainous resort city of Da Lat in Lam Dong Province. The restoration project, which would cost VND5 trillion (US$238 million), was officially approved by the Government in 2007.”

Gov’t okays Thap Cham-Da Lat railway project – [30/10/07]
“The government has agreed to inject VND5,000 billion (about US$312 million) into a project restoring the Thap Cham-Da Lat railway system, one of the unique mountain railways in the world. The 84 km long railway linking Phan Rang-Thap Cham city in Ninh Thuan Province and Da Lat city in Lam Dong province will be restored from 2007 to 2015.” [Nhan Dan 30 Oct 2007]