The Bangkok – Kuala Lumpur High-Speed Railway is a proposed standard gauge railway that would run alongside the current meter-gauge railway used by Thailand and Malaysia.

The railway has been proposed over the years as part of the Kunming-Singapore Railway (SKRL). The Bangkok-KL section would join up with the Singapore-KL HSR, and the Bangkok-Nong Khai and Laos-China Railway.

Commentary: Huge benefits but many challenges to high-speed rail between Bangkok and Kuala Lumpur – [07/06/22]

KL-Bangkok HSR not a good idea, says expert – [04/03/22]
“Goh Bok Yen said the government should first build the HSR to Singapore and then build the second leg of the service to Bangkok.”

High speed rail project could extend into Bangkok, feasibility study to be conducted – [26/02/22]

Muhyiddin floats idea of KL-Bangkok high-speed rail in Parliament – [30/09/21]
“Muhyiddin today suggested extending the network – from Kuala Lumpur to Bangkok – during his speech in Parliament, where talks of the railway project revived Tuesday, months after Muhyiddin dumped it because the country could not afford the cost. Ironically, the project is being discussed again mainly due to its potential to improve Malaysia’s economy.” 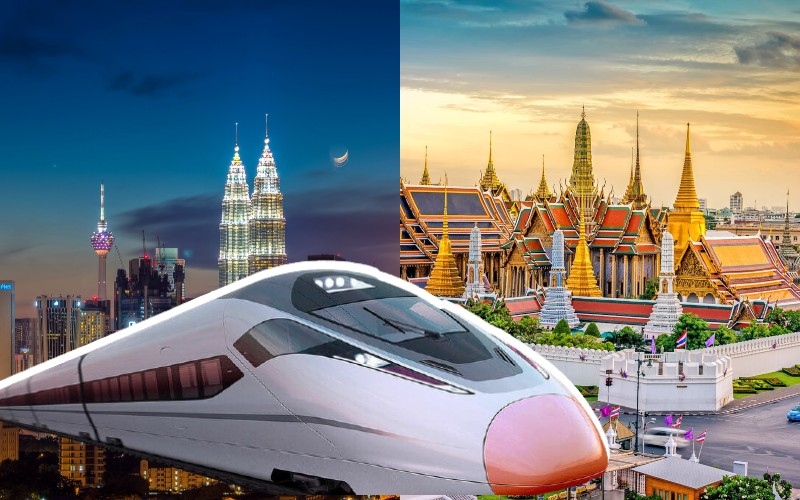 Thailand, Malaysia to begin talks on HSR linking Bangkok and Kuala Lumpur: Thai minister – [08/02/17]
“The Bangkok-Kuala Lumpur route would be 1,500km long and would feature as part of a pan-Asia railway network plan that was first proposed by former Malaysian prime minister Mahathir Mohamad back in 1995. Dr Mahathir’s initial proposal had been to build a rail network that would run all the way from Singapore to the Chinese city of Kunming — passing through Malaysia, Thailand, Myanmar, Cambodia, Vietnam and Laos.”

Bangkok-KL high-speed train under consideration – [23/11/16]
“Thailand and Malaysia will discuss building a 1,400km Bangkok-Kuala Lumpur high-speed railway that will make the trip in six hours, and later connect to China.”