The high-speed railway would travel at a speed of 320km/h over 350 kilometres, with a travel time of 90 minutes for the express service. There would also be a service stopping at six stations between Singapore and KL.

Plans for a high-speed line were proposed after the Asian Financial Crisis in 1997, and was revived in 2010. In 2013 the leaders of the two countries agreed to go ahead with the project. Planning continued for the project over the next few years, and by the end of 2106 a bilateral agreement for the development was formally signed by the two countries’ Prime Ministers.

Work was due to begin on the project in 2108, but then in May 2018 a new government was elected in Malaysia, sweeping out the party that had been in power since Malaysian independence in 1959. Within a month of the election, the new government announced it would cancel the project. It later backtracked and said the project would be postponed pending investigation of costs. The project was finally cancelled by Malaysia in January 2021.

An alternative to flying

There is perhaps no other city pair in the world that is more ideal for an international high-speed train service than Singapore and Kuala Lumpur.

In 2018 Singapore – Kuala Lumpur became the world’s busiest international flight route. It’s only about 30 minutes of flying time, but time is lost by clearing immigration and getting to and from the airports.

For the train service, immigration proceedings of both countries’ would be done at the point of departure (similar to how Eurostar operates). That means you can walk straight off the train with your bags and onwards to local transport. For point-to-point travel the train would be faster than flying.

There will be eight stations in total, with seven in Malaysia and one in Singapore. The two terminal stations will be incorporated into urban redevelopment projects in each city. They will be new central business districts that plan to capitalise on their location near the terminals.

The high-speed railway will be at a new station and not the current main train station (KL Sentral). Bandar Malaysia is at the site of the old airport and former air force base (Sungai Besi Airport). The site is close to the city centre, presenting an opportunity to design a terminal station around a new city, and integrate it with the new metro line. Read more about the Bandar Malaysia project. 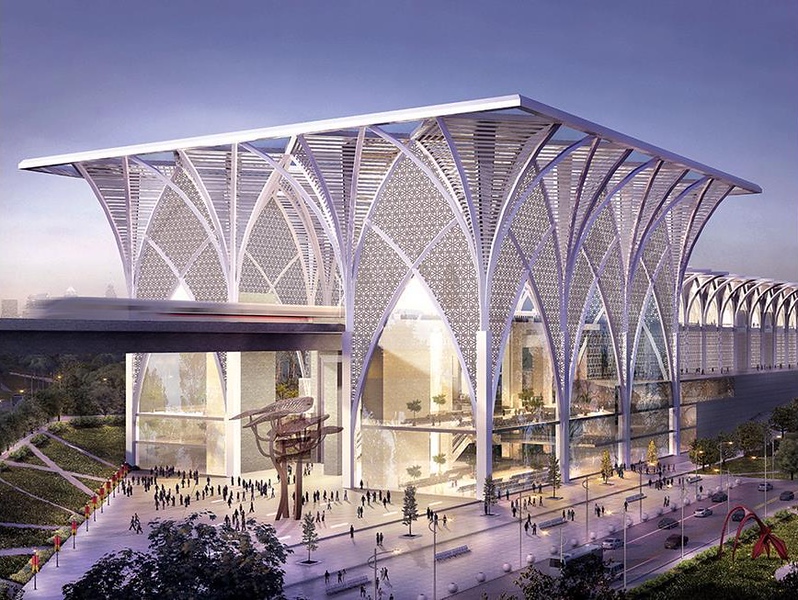 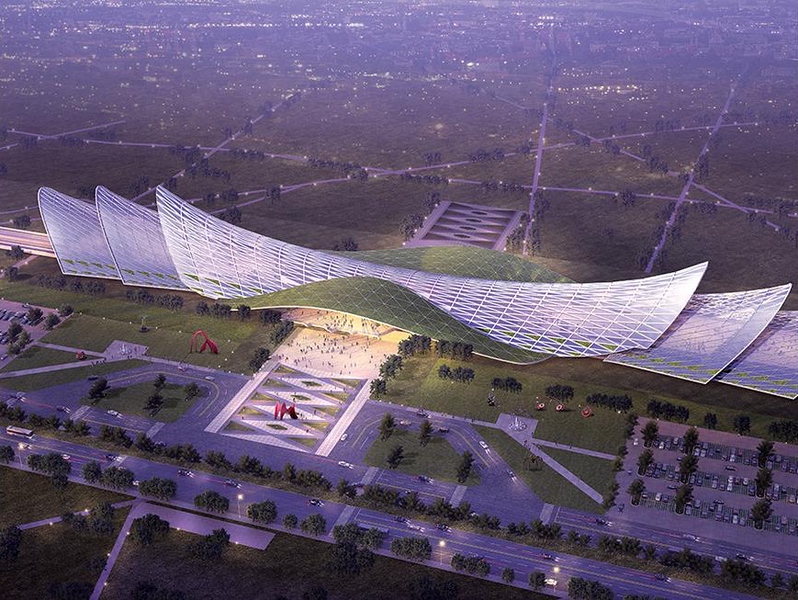 Seremban is the only station that intersects with a town on the KTM line. It’s not mentioned if there is an interchange or if the stations are in different parts of the city.

Melaka is one of the biggest tourism drawcards of Malaysia, but it doesn’t have a railway line. The station would be about 13km from the Melaka old town area, so shuttle buses timed with arriving trains would make an easy day trip from KL or Singapore. 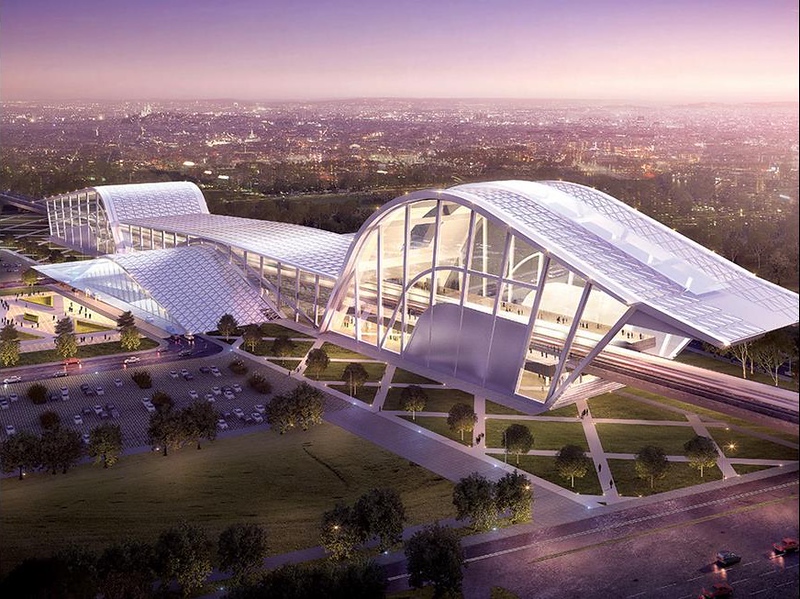 Singapore used to have a central railway station, but that closed down in 2011 and the line was decommissioned.

The Singapore terminal will be in a new urban area in Jurong East. There is a plan to develop a second CDB here known as Jurong Lake District. If they get this right it might become a destination in its own right.

Jurong East is on the East-West MRT line, which connects the city centre to Changi Airport.

Forum: Objective and purpose of a new HSR project should be clearly defined by both sides – [04/12/21]

No HSR if it only stops in Johor, says Melaka BN – [12/11/21]
“Melaka will not allow the High-Speed Rail (HSR) project to pass through the state if it only ends in Johor Bahru and not Singapore.”

High-Speed Rail to Singapore back on the table? UMNO leader demands visionary planning – [25/10/21]

Bring back the HSR to boost property sales and the economy – [15/10/21]
“Major property developers are hoping for good news in Budget 2022 regarding developing the Kuala Lumpur-Singapore High-Speed Rail (HSR) and other railway infrastructure projects.”

Najib suggests HSR project be given to EPF and PNB – [28/09/21]
“Calling for the revival of the Kuala Lumpur-Singapore High Speed Rail (HSR) project, former prime minister Datuk Seri Najib Razak suggested that the Employees Provident Fund and Permodalan Nasional Bhd be given the task of undertaking the project.”

HSR plans still on track – [19/05/21]
“…the latest developments do not mean that Malaysia has abandoned the HSR concept. Indeed, the government is actively considering alternatives, including a purely domestic line. In this sense, the focus of the project has shifted to developing Malaysia’s Southern corridor.”

Why Malaysia’s plan for ‘Asia’s Eurostar’ went off the rails – [13/05/21]
“High-speed rail between Kuala Lumpur and Singapore fell prey to politics.”

What derailed the Singapore-Malaysia high-speed link, and where now for neighbours’ troubled relationship? – [10/01/21]

Commentary: KL-Singapore HSR termination risks Malaysia falling behind on transport connectivity – [10/01/21]
“The Kuala Lumpur-Singapore High-Speed rail may have been terminated. This isn’t the end of the line but a signal that better processes are needed, says Stewart Nixon.”

Johor PKR leader slams Putrajaya after report that HSR will end at JB, with RM300m to be paid in compensation – [24/12/20]

High-speed railway will boost our growth – [07/06/20]
“A decision was taken to defer till the end of the year the high-speed rail (HSR) project linking Kuala Lumpur, Selangor, Negri Sembilan, Melaka and Johor with Singapore. This will be the last extension for Malaysia and Singapore to finalise technicalities before the project’s launch.”

KL – Singapore high-speed review to be completed this year – [28/06/19]
“Malaysia High-Speed Rail Corporation (MyHSR) says it is on course to complete a review of proposed changes to the Kuala Lumpur – Singapore high-speed project by the end of the year after appointing consultants to carry out the evaluation.”

Malaysia gears up for restart of high-speed rail project – [10/05/19]
“The Malaysian government is seeking a consultant to help update the business case for a proposed high-speed rail link to Singapore in order to be ready for project preparations to resume next year.”

Malaysia to restart $34bn Kuala Lumpur development with Chinese partner – [23/04/19]
“The government of Malaysia has said it plans to resurrect Bandar Malaysia, the country’s biggest ever real estate development, which it terminated in May 2017 after a dispute with a consortium made up of Iskandar Waterfront Holdings (IWH) and China Railway Engineering Corp (CREC).”

KL-Singapore HSR not necessary; priority is to improve existing rail network: Mahathir – [16/04/19]
“A high-speed rail project connecting Kuala Lumpur to Singapore is not necessary at the moment for Malaysia, who should focus its efforts instead on improving the quality of its existing railway services, said Malaysian Prime Minister Mahathir Mohamad on Tuesday (Apr 16).”

‘BN govt didn’t reveal hidden costs of HSR project’ – [19/07/18]
“The previous Barisan Nasional government did not reveal the hidden costs of the Kuala Lumpur-Singapore High-Speed Rail (HSR) project, Economic Affairs Minister Datuk Seri Azmin Ali said. Speaking at the Dewan Rakyat, Azmin said this could be seen in the actual cost of the project, which was RM110 billion, and not RM55 billion as announced by the BN administration.”

Report: KL-Singapore rail link could be RM50b cheaper – [18/06/18]
“Plans for a rail connection between Malaysia’s capital and the city-state of Singapore can still proceed without Putrajaya paying a penalty for calling off the High Speed Rail (HSR) project.”

HSR project postponed, not scrapped, Dr M tells Japanese media (updated) – [12/06/18]
“Prime Minister Tun Dr Mahathir Mohamad seemed to have walked back from an earlier decision when he told a Japanese publication that the high-speed rail project had been merely postponed, not cancelled.”

High speed rail station concepts inspired by culture, people and identity – [24/10/17]
“Architectural design concepts for the stations on the Malaysian section of the future Kuala Lumpur – Singapore high speed line were unveiled at the MyStations – Transforming Malaysia event on October 17.”

Developers lobby for KL-Singapore high-speed rail station in Forest City – [14/10/17]
“If Country Garden’s proposal is adopted, it will likely take the form of a spur line – or a short branch line – on the transit service in Malaysia, leaving the Singapore-Kuala Lumpur express route unaffected.”

Why are Chinese and Japanese firms eager to throw US$10.5 billion in Bandar Malaysia? – [10/08/17]
“Bandar Malaysia is seen as a crucial stepping stone to the Kuala Lumpur-Singapore High-Speed Rail (HSR) link.” 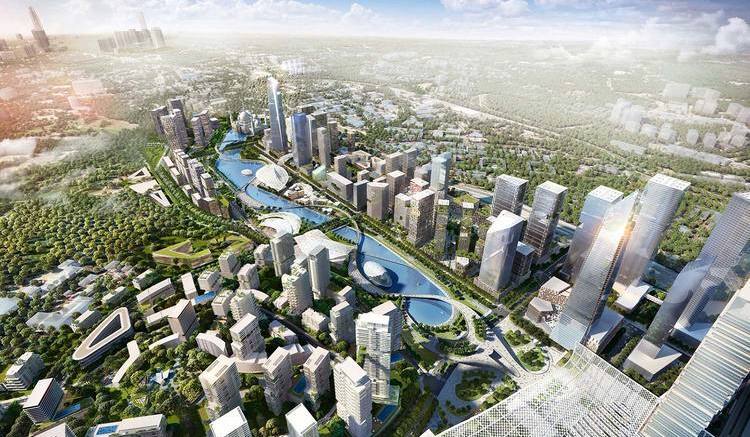 HSR to serve as a growth catalyst for Malacca – [22/07/16]
“The state government of Malacca expects the High-Speed Rail (HSR) service from Kuala Lumpur to Singapore to be a catalyst for growth for Ayer Keroh and other nearby areas.”

A bridge more likely than undersea tunnel: Experts – [21/07/16]
“In connecting Singapore and Malaysia, will the planned high-speed rail (HSR) run across a bridge spanning the Johor Strait, or will an undersea tunnel have to be built for it? The decision will be made jointly by the governments of both countries.” 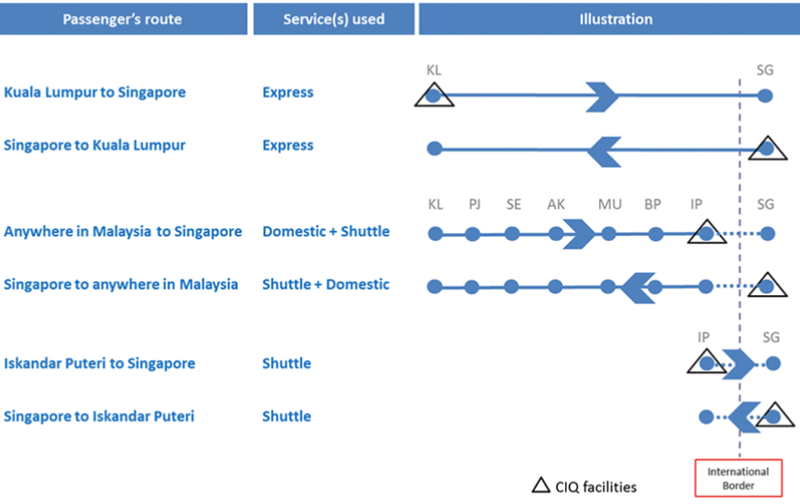 China, Japan jostle for lead role in Singapore-KL rail project – [12/04/16]
“Malaysia and Singapore have yet to iron out major elements that will shape the multibillion-dollar high- speed rail project that will link the island state with Kuala Lumpur. But that has not deterred the governments of China and Japan from pressing their influence on the two South-east Asian neighbours to position their home-grown engineering concerns advantageously, ahead of an international tender to be called in the first quarter of next year.”

‘Underground city’ plan for KL township – [01/01/16]
“The developers plan to turn this corner of Kuala Lumpur into the capital city’s central transport hub that features the Malaysian terminus for the proposed high- speed rail between Singapore and Malaysia.”

Five ways the high-speed rail will change Singapore forever – [06/05/15]
“Jurong East: It will transform the sleepy hollow of the Jurong Lake District, which is about the size of Marina Bay. PM Lee says it will become the next commercial hub outside the CBD and the new terminal station is likely to be built there.” 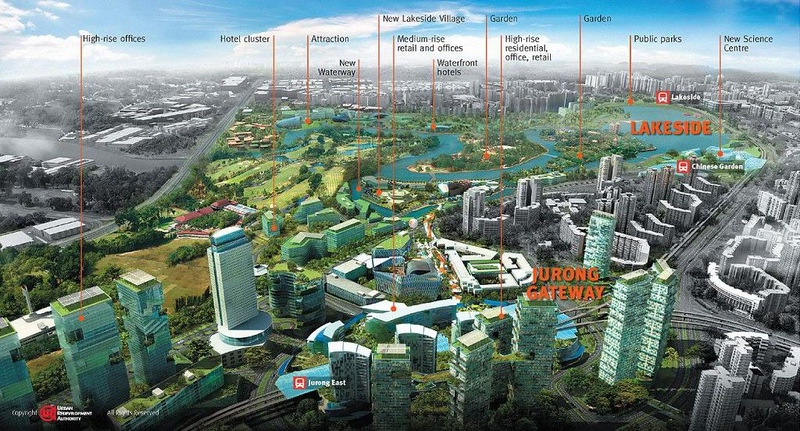 Singapore, Malaysia push back deadline for fast rail link – [05/05/15]
“Singapore and Malaysia have decided to push back an initial deadline of 2020 for the completion of a high-speed rail link between the wealthy city state and Kuala Lumpur, their prime ministers said today, citing the complexity of the project.”

Singapore-KL high-speed rail link back on the drawing board – [26/02/13]
“First proposed before 1997 crisis, new line that would whisk commuters back and forth in 90 minutes could open by 2020.”