Welcome to the Future Southeast Asia Airport Review for 2022 – a summary of airports planned, under construction, and other airport news in Southeast Asia over the past year (for reference, here is the 2021 edition).

The new airport for Phnom Penh airport was reported to be over 27% completed as of December 2021. Last year it was officially named Techo–Ta Khmau International Airport, and it will inherit the PNH IATA airport code from the current airport. Despite the progress being made, there are ongoing disputes about land and compensation.

Siem Reap New International Airport is slowly under construction. Last year it was announced that it would be 67% done by end of 2021. The most recent report said that it would be 70 percent completed by 2022.

Dara Sakor International Airport in Koh Kong Province (location) is nearing completion and is expected to be operational by mid 2022.

Dara Sakor International Airport set for flight trials early next year – [01/11/21]
“The $350 million project is being developed by Chinese firm Tianjin Union Development Group (UDG). It will be able to handle long-haul aircraft including the Boeing 777 and Airbus A340.”

There has been another airport planned for Koh Koong Province, and some news reports appear to mix the two. The second airport is in Bakklong commune, Mondul Seima district. For most of us who aren’t familiar with the communes and districts of Cambodia, this is right on the coast where Cambodia meets the Thailand border. The second Koh Kong airport project has been postponed.

Here is a map showing the proposed two airports in Koh Kong Province.

Mondulkiri Airport was still being planned at the start of 2021, but by mid-year it was put on hold.

Kuala Namu International Airport is the airport for Medan in North Sumatra. In 2021 it was announced that they have ambitions to turn this provincial airport into a Southeast Asia mega hub that would rival Kuala Lumpur and Singapore.

The Mentawai Islands are off the west coast of Sumatra, and it is best known as a surf destination. A new airport could put this island group on the tourism map.

Mentawai is currently served by an airport with an 850-metre runway. New Mentawai Airport will have a 1500-metre runway, enabling ATR 72 aircraft to use the airport. The airport is expected to be completed in August 2022.

General Besar Sudirman Airport in Purbalingga (Central Java) opened for civil aviation use in June 2021, though the terminal building was not yet ready.

The proposed second airport for Bali continues to go through the preplanning motions. A feasibility study was submitted to the government in January 2022.

Bokeo International Airport in the Golden Triangle Special Economic Zone (GTSEZ) of Bokeo Province is set to open in March 2022. The runway is 2,500m long and 60m wide, so it is able to accommodate 737/A320 aircraft.

The Airport is located in Simuang Ngan Village, about five km from the Golden Triangle Special Economic Zone. The airport is being built by the owner of the Kings Romans Casino in the GTSEZ.

A look of the satellite view of Google Maps shows the airport in relation to the village and SEZ.

The Korean Airports Corporation (KAC) was selected to conduct a feasibility study on the expansion of Luang Prabang International Airport.

The combination of political instability and the pandemic has put airport expansion on hold in Malaysia. In October the Transport Minister said there would be no construction, upgrade of airports until aviation industry recovers.

The expansion of Penang Airport was put on hold during the pandemic, though some have pointed out that now is actually the best time to expand while passenger numbers are down.

Laying the groundwork for a bigger airport – [29/06/21]
“Malaysia Airports Holdings Berhad (MAHB) is now working with its consultant to define the scope of work for the expansion of the Penang International Airport (PIA).”

The state of Pahang plans to build international airport in Gebeng (near the capital of Kuantan). The current Kuantan Airport is shared with the Royal Malaysian Air Force.

Company to inject RM2bil to acquire land for Kulim airport project – [17/02/21]
“A company has pledged to spend RM2 billion to acquire close to 10,000 acres of land in Sidam Kiri near Sungai Petani to build the Kulim international airport (KXP) and other related development, it has been revealed.”

This airport would be closer to Penang than the capital of Kedah (Alor Setar), both of which already have airports. News outlets reported that the airport would handle 15 million passengers per year, which is almost double what Penang handles in normal years (and that is the second busiest airport in Malaysia).

Virata-Yuchengco group’s Sangley airport offer OKayed – [12/01/22]
“The Cavite government has accepted an offer from a Virata and Yuchengco-led consortium to build a new international airport in Sangley Point in Manila Bay, paving the way for final negotiations and a competitive bidding process.”

Changi Airport was on the cusp of a massive redevelopment with the Changi East (Terminal 5) project in 2020. The project was put on hold for two years to see how things pan out during the pandemic. In January 2022 the Ministry of Transport was still reviewing how to proceed.

A summary of Changi East and other big projects in Singapore can be found on the Future Singapore page.

U-tapao projects aim to prop up economy – [20/08/21]
“The government has high hopes for the new aviation fuel service systems at U-tapao airport and the Eastern Aviation City development projects, expecting them to play a part in restoring Thailand’s pandemic-hit economy.”

The railway that will connect Don Muang and Suvarnabhumi to U-Tapao is making slow progress.

Betong airport ready for takeoff – [30/01/22]
“Betong airport in the southernmost province of Yala is expected to fully open next month after the first charter flight landed on Saturday to promote tourism for this southernmost district, Seksakol Attawong, an aide to the prime minister, said.”

Department of Airports to lose 3 facilities to Airports of Thailand – [15/09/21]
“Transport Minister Saksayam Chidchob has confirmed that 3 airports under Department of Airports management are to be transferred to Airports of Thailand in a bid to boost tourism. Udon Thani, Krabi, and Buriram airports will all be managed by AoT in the hope that they can be transformed into hubs that can handle higher tourist numbers.”

$135 million ADB loan to upgrade Timor-Leste’s gateway airport – [02/09/21]
“The Asian Development Bank (ADB) has approved a $135 million loan to help Timor-Leste expand the country’s gateway airport by extending the runway and constructing a new air traffic control tower with reconfiguration of relevant facilities on the airside. It will boost the safety of the airport and attract more airlines, and as a result, more passengers and cargos to the airport.” 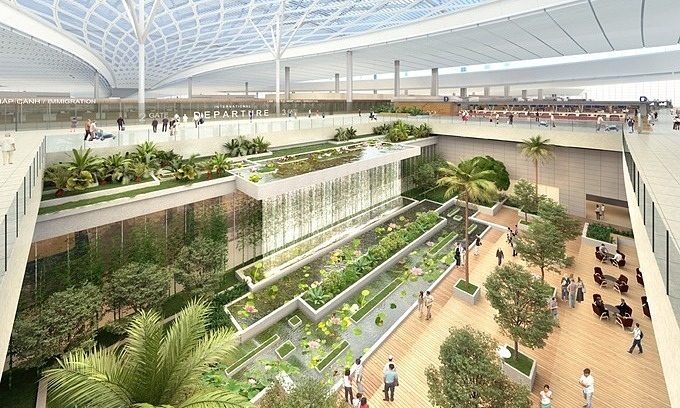 Construction is underway for the second airport for Ho Chi Minh City. The most recent update reported that the airports operator pledges to finish the airport 6 months early in 2025. The PM though is not satisfied with the progress.

Over 218 mln USD needed to upgrade Noi Bai Airport’s int’l terminal – [27/10/21]
“The upgrade of Terminal T2 of Noi Bai International Airport in Hanoi will need more than 4.98 trillion VND (218.5 million USD) so as to raise its annual capacity from 10 million to 15 million passengers, according to the Airports Corporation of Vietnam (ACV).”

A second airport for Hanoi was proposed in 2020, but the government has since cooled on the idea for the near term.

MoT proposes to halt the planning of Hà Nội’s second airport till 2030 – [19/07/21]
“The Ministry of Transport has announced an airport development plan that would expand Hà Nội-based Nội Bài International Airport to serve 100 million passengers per year, but has denied a request for a second airport in the capital city until at least 2030.” 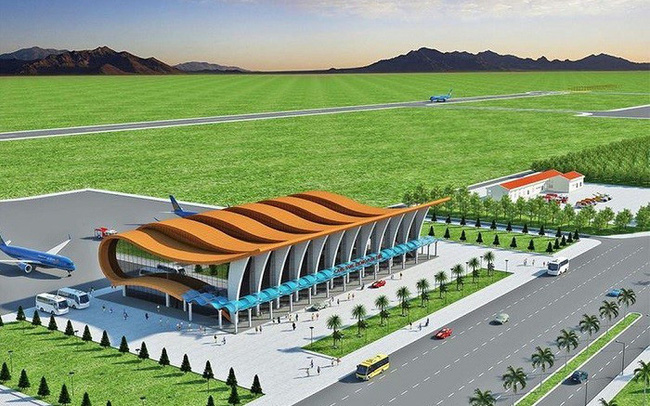 Construction of Dien Bien Phu Airport kicked off – [21/01/22]
“Once completed, the airport will be able to handle A320 and A321 aircraft and about 500,000 passengers per year. The airport, 500 kilometres to the west of Hanoi, will be the only commercial airport in the northwestern region of Vietnam.”