Vientiane has some big projects lined up in order to attract more investment in the capital. Like most cities in the region though, Vientiane was hit hard by the extended international border closure during the pandemic. Laos reopened in May 2022 (over two years since the borders closed), and I went to Vientiane shortly thereafter to see how the main projects of the city are progressing.

During this time, the big development story in Laos has been the opening of the Laos-China Railway. This was the main reason I was in Laos, and I will have a separate report to review the new railway.

This construction update is a summary of the most prominent projects in Vientiane as of June 2022. A full list of projects can be found at Future Vientiane.

Projects that are mentioned in this post are featured on this map.

Out of all of the grandiose projects that have been proposed for Vientiane, who would have thought that a new railway would be the thing that got completed first. The Laos-China Railway began construction in December 2016, and it opened in December 2021.

Vientiane Railway Station is the main station, and there is also South Vientiane Station which will be connected to the Thai Railway.

Vientiane Station is about 17 km outside the city centre, and it took nearly an hour to get into the city during the evening peak hour. I hope a planned BRT is brought forward to serve the station.

The mall section is open, but only the ground floor is open for business so far. 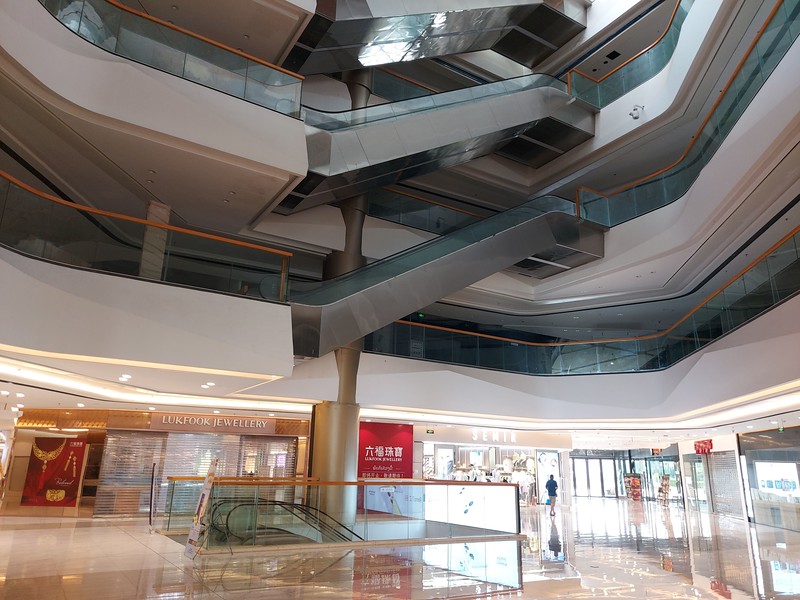 The WTC project is the home for the future InterContinental Vientiane, which will look like this… 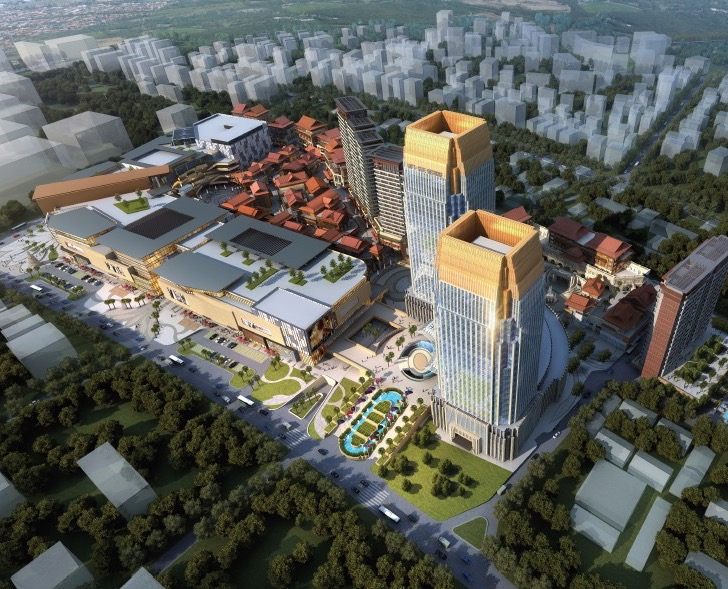 Work has not begun on the InterContinental section.

Vientiane Life Center is a shopping mall and apartment complex next to Vientiane Center Mall and the World Trade Centre Mall. This row of shopping complexes has turned this street into the premier shopping and entertainment area of Vientiane.

At the time of my visit, there were construction workers building a pedestrian bridge to connect Vientiane Life Center and Vientiane Center.

There is a sales kiosk at the World Trade Centre for Vientiane Life Centre, and apartments are being advertised starting from $68,000 USD.

Latsavong Plaza is a multi-tower development comprising a shopping centre, office and residential space, and a hotel. Work on this project stalled in 2016, and in December 2021 it was reported that work would resume.

The website (latsavongplaza.com) doesn’t work, and there haven’t been any updates on their Facebook Page since the project stopped. 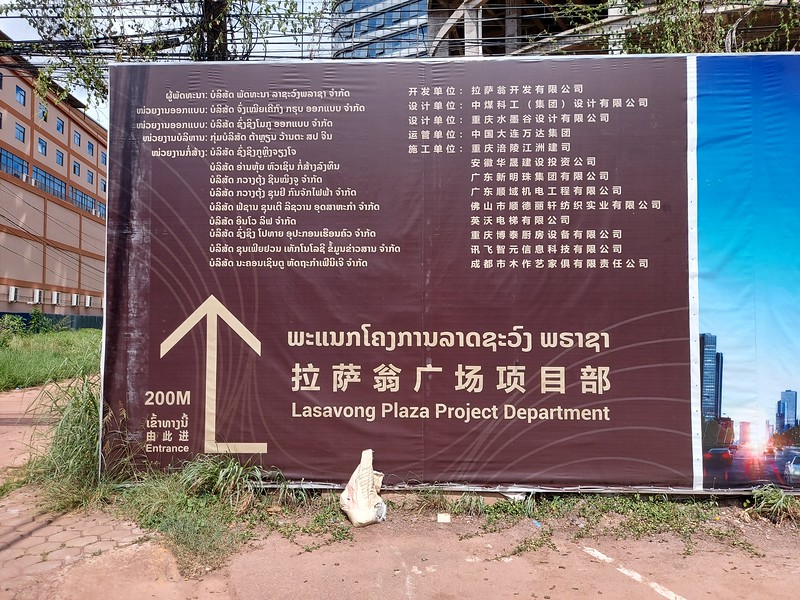 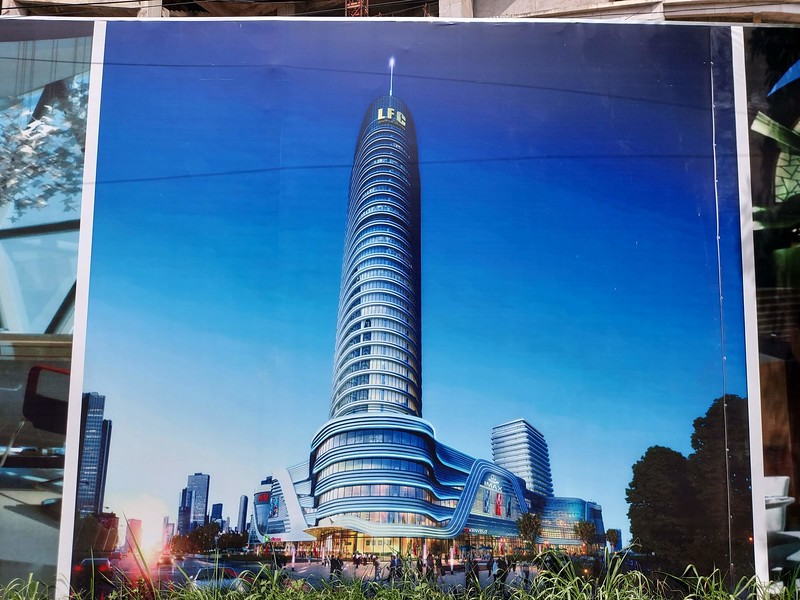 DoubleTree by Hilton Vientiane is the most prominent hotel project in the city centre.

The hotel is within the historic preservation zone, so I have been trying to find out what was on this block beforehand.

I was in Vientiane for about a week, and I saw some construction workers on site on my last day.

Amari Vientiane is an under-construction 15-storey hotel on the Mekong Riverside.

Like the Hilton project, the Amari also appeared to be dormant with no workers on site, and then I saw the crane operating on one of the days I was walking by. 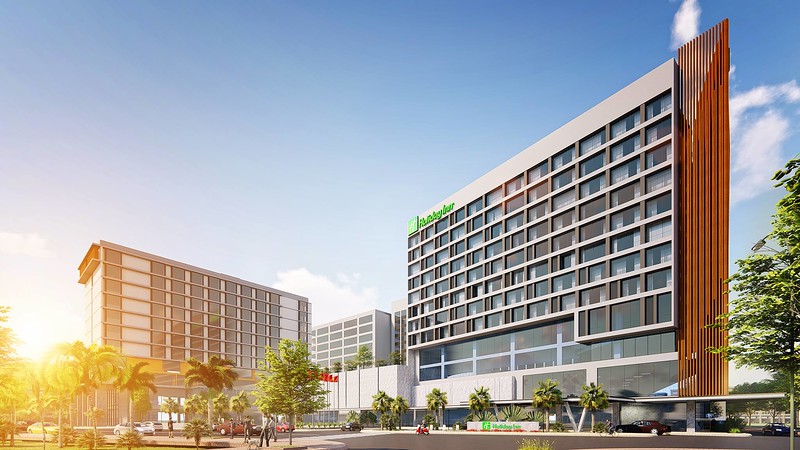 Holiday Inn & Suites is being built next to the fellow IHG hotel, Crowne Plaza Vientiane. The hotel was originally scheduled to open in 2019, but it is still under construction. 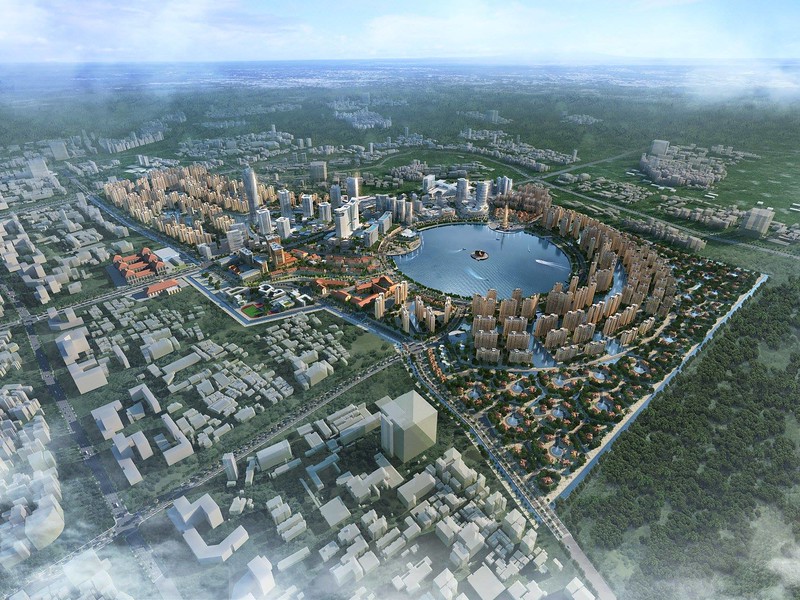 That Luang Lake SEZ is a new urban area in Vientiane designated as a special economic zone. The development is centred around a round ornamental lake, and it is also referred to as That Luang Marsh Specific Economic Zone.

Some apartment towers have already been built in the area, though it looks nothing like the futuristic skyline of the promotional images yet. 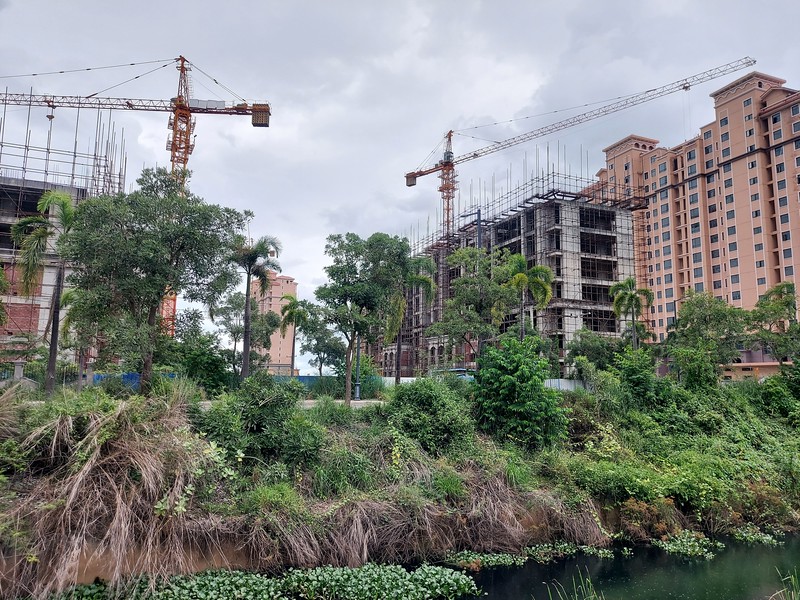 Over the past year it has been reported that investment is still being sought for That Luang Lake. The project also made news headlines last year when it was revealed that a 100-metre high Buddha statue is planned to be built there. The problem was that the statue was styled as a Chinese-style standing Buddha, and not the usual Laotian-style sitting buddha.

The images of That Luang Lake have the same vibes of Westlake in Hangzhou, China. This lake has a landscaped walkway next to a big city. I am intrigued by what will happen here, so I have created a fact page for the That Luang SEZ.

Something that I noticed while I was looking at various sites was the amount of Chinese on construction signs. While there are Chinese investments all over Southeast Asia, most of the time the language isn’t first and foremost on the signage. The prevalence of Chinese-language signs at construction sites has been noted before.

If there is one place that has earned its Chinese signage it is at the new Mahosot Hospital project.

The hospital is being funded by China Aid, and Xi Jinping visited in 2017 to attend the foundation-laying ceremony.

A new modern hospital is a welcome sight in Vientiane, and a project worthy of aid funding. Questions continue to be asked though about how Laos will pay for big infrastructure projects such as the Laos-China Railway, with “debt trap” being the buzzword.

Finance and economics are beyond the mission statement of this site, but it was something that was brought to the forefront of my attention while I was in Vientiane. Laos was in the midst of a fuel shortage, with the government having to dip into foreign reserves to order more fuel. There were long lines at petrol stations, and many stations had closed while waiting for more fuel. I usually rent a motorbike to do these construction reports, but that was out of the question on this trip. I ended up renting a bicycle for a day to visit some sights outside the city centre, and I passed this petrol station with a long queue of motorbikes.

This is my first construction update for anywhere in Laos. Vientiane isn’t big enough to warrant an annual update like Bangkok or Saigon, but I will probably end up here again next year to do another railway report. I want to see if the metre-gauge line from Nong Khai in Thailand is extended to Vientiane, and I will travel to China by rail (assuming that surely the border is open by then).