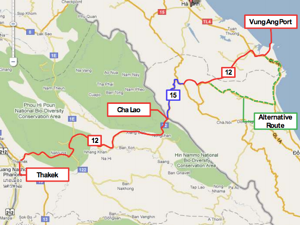 The Vientiane – Vung Ang railway is a proposed railway that would connect Vientiane in Laos to the Vung Ang seaport in Vietnam. Vung Ang is the closest feasible seaport to Vientiane, thus the railway would enable landlocked Laos access to a deep seaport for shipping. The railway would also interchange with Vietnam’s North-South railway, […]