Makkasan Train Factory and railway yards is a 22.4-hectare plot of land in Ratchathewi district, central Bangkok. The land is next to the Makkasan Airport Rail Link and Makkasan Station.

In September 2021 it was announced that CP Group will build Thailand’s tallest tower on the site (550 metres/120 storeys) as part of a package to develop the 3-airports high-speed railway link. The current Makkasan Airport Rail Link station will be part of this new railway.

Photos of the Makkasan Train Factory area as viewed from the Airport Rail Link between Ratchaprarop and Makkasan (10/12/21).

Makkasan Train Factory: an attempt to preserve Bangkok’s urban heritage [PDF] – By Pongkwan Lassus.
“The Makkasan Train Factory, opened 110 years ago, is the first industrial estate in Thailand and used to be the biggest hub for train production in Southeast Asia. Nowadays, this huge land of 80 hectares, with direct access from the Savarnabhumi airport rail link, is considered a golden land right in the business center of Bangkok, that attracts real estate investors. A third of the land set aside at the end of last year for the development of a mixed use commercial project as a part of the High Speed Train project. As this land is the last big area of public land in the capital, civic groups for urban heritage conservation and the environment tried to point out its tangible and intangible heritage value hoping that there wouldbe a proper master plan to preserve these values for future generations.” 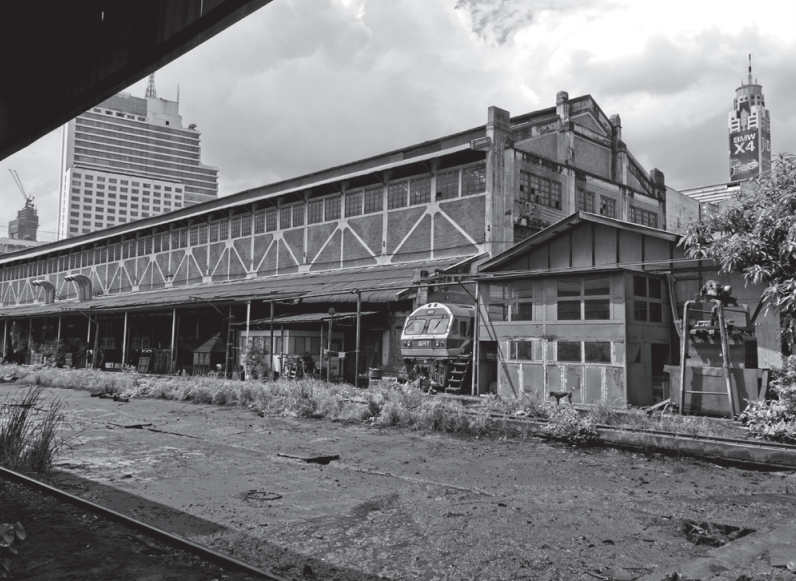 @MakkasanHope – Group dedicated to turning the Makkasan land into a new urban park for Bangkok.

CP to build tallest tower in Thailand on SRT’s Makkasan land – [27/09/21]
“A 140-rai (22.4 hectares) land in Makkasan subdistrict of Bangkoks Ratchathewi district, which belongs to the State Railway of Thailand (SRT), will be the location for Thailand’s tallest tower.”

Chugging into history – [18/08/19]
“The State Railway of Thailand (SRT)’s Makkasan train depot in downtown Bangkok, which was once the country’s main centre for locomotive maintenance and production, is now a place where old locomotives and carriages are preserved for future generations to learn from.”

Mall or park? In crowded Bangkok, ‘last’ open space stirs debate – [11/02/19]
“The fate of a large green space in the middle of one of the world’s most built-up cities is pitting communities and conservationists against developers and cash-strapped authorities in a battle that is increasingly common in Asia.” 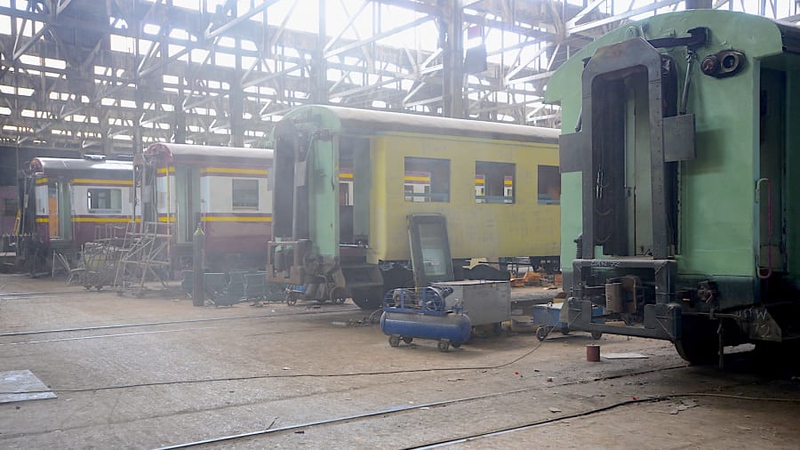 SRT’s Makkasan area set for commercial development, park – [20/03/15]
“The State Railway of Thailand (SRT) debt will be largely cleared with the lease of its prime land plot in Makkasan. The area is to be developed commercially and as a park of up to 200 rai.”

Makkasan to be new commercial district, says Finance Ministry – [01/11/13]
“The planned commercial development of a plot in the Makkasan area owned by the State Railway of Thailand (SRT) may push land prices nearby to outpace those on Silom Road, one of Bangkok’s most expensive streets, said Naris Chaiyasoot, director-general of the Treasury Department.” 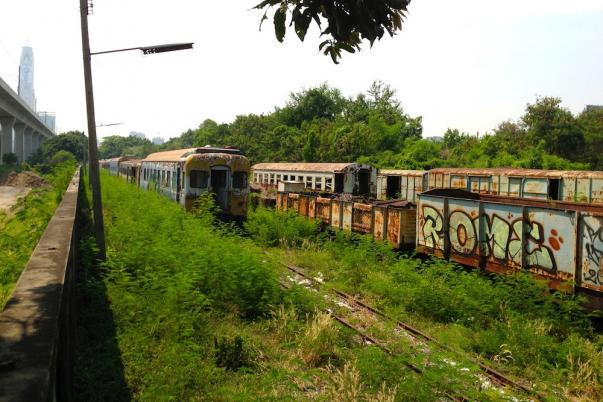 Interview: Environmental Movement Makkasan Hope on the Need for More Green Spaces in Bangkok – [18/04/13]
“The State Railway of Thailand (SRT) is looking to alleviate its B100 billion debt by renting out the 500-rai plot of land around Makkasan Airport Link Station so that it may be turned into a giant real-estate development. But a group of people going under the name Makkasan Hope—Wiratch, Suwit, Jatuporn and Malinee—are trying to gather some 100,000 names on a petition to demand that the SRT turn the area into the big green space that Bangkok so desperately needs.”

The Battle of Makkasan: Green space versus commerce in the heart of Bangkok – [09/04/13]

ASA has other ideas for Makkasan site – [22/01/13]
“The Association of Siamese Architects (ASA) is preparing to propose an alternative plan for the Makkasan Complex to the State Railway of Thailand (SRT), one that is greener and focused on heritage conservation.”

Green dream of Makkasan – [22/01/13]
“Wouldn’t it be wonderful if the 400 rai of land owned by the State Railway of Thailand (SRT) could be turned into a leafy public park with well-planned commercial development?”

Idea for a Bangkok Central Park – [05/06/03]
“An idea from 2Bangkok.com: convert all or part of the the 400-rai that has existed as a State Railway of Thailand (SRT) depot at Makkasan into Bangkok’s new “Central Park.” It could be centered around Makkasan Lake and Samsen Canal (both part of a Royal project for flood control) and be a last chance to provide a green space for this part of town.”