Bandar Malaysia is an urban redevelopment project on the Sungai Besi Airport site in Kuala Lumpur. The 486-acre site will include commercial and residential buildings as well as being a major transport hub. Bandar Malaysia will be the terminal station for the Singapore-KL HSR, and will have connections with Mass Rapid Transit and commuter railways, effectively making it a second central railway station (after KL Sentral).

The proposed high-speed rail line will connect Kuala Lumpur to Singapore in 90 minutes, making it a faster alternative to air travel between the two cities. A new business district next to the station will make it a sought-after address for businesses, and companies such as Alibaba and Huawei have expressed an interest in basing themselves there. Bandar Malaysia will also be home to an estimated 220,000 people. 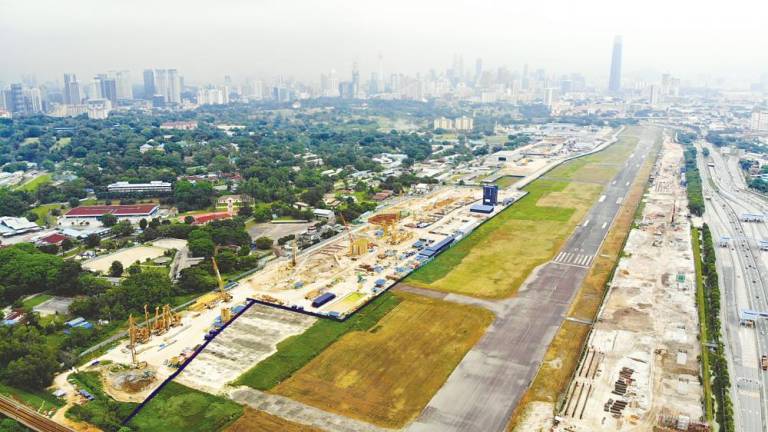 This enormous parcel of land close to the city centre offers a rare opportunity to build a landmark new urban area.

Plans to redevelop the site were announced in May 2011 by Prime Minister, Dato’ Sri Najib Razak. The project was delayed as it was caught up in the 1Malaysia Development Berhad (1MDB) scandal. After years of delays the project was revived in 2019.

Sungai Besi Airport is south of the city centre, but being a former air force its not connected with many road links. You can get a good view of the site and how close it is to the city centre from the airport express train. A few minutes before arrival at KL Sentral look out your window to the right and you will see the work site. 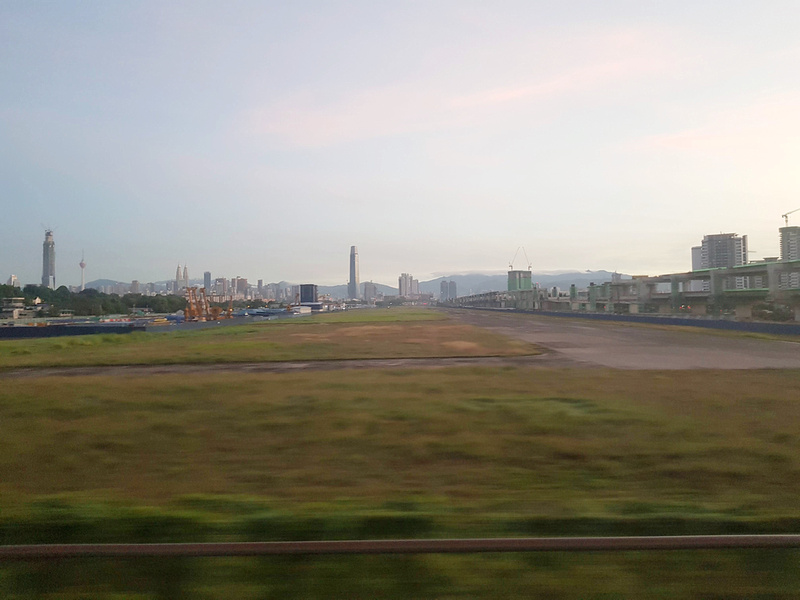 Putrajaya Line (previously known as Sungai Buloh-Serdang-Putrajaya Line) – This new MRT line will include Bandar Malaysia North and Bandar Malaysia South (both underground). The south station will be the main interchange station, and from there its only a few stops from the two other biggest business districts in KL: Tun Razak Exchange, and KLCC.

Express Rail Link (ERL) (proposed). The current express railway that connects the airport to KL Sentral passes by the Bandar Malaysia site, so it would just be a matter of building a new station on the current line.

Visuals and images are artist impressions. 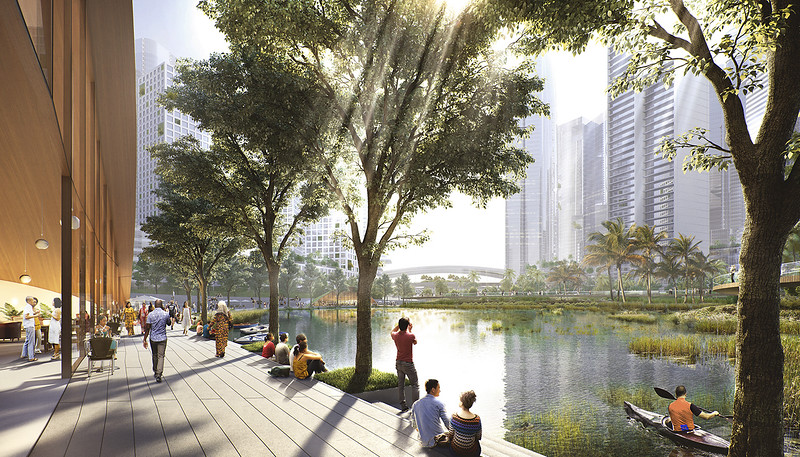 Give Bandar Malaysia and other projects to EPF, says Najib – [01/11/21]
“The government should give Bandar Asean (formerly Bandar Malaysia) to the Employees Provident Fund (EPF) to help it replenish its funds, Najib Razak said today.”

Bandar Malaysia stake sale deal lapsed – [15/07/21]
“THE Bandar Malaysia development project appears to have stalled after the restated and amended share sale agreement (Rassa) for the sale of 60% shares in Bandar Malaysia Sdn Bhd (BMSB) to IWH-CREC Sdn Bhd (ICSB) lapsed on May 6, 2021.”

Malaysia’s $1.8 bln mega project with China Railway falls through – [15/07/21]
“An equity deal for a planned mega project near Malaysia’s capital involving the government, developer Iskandar Waterfront Holdings (IWH) and its Chinese partner will not proceed by mutual agreement, the parties said in a joint statement.”

HSR axing to derail prospect built around Bandar Malaysia project – [05/01/21]
“Property projects within the vicinity of Bandar Malaysia are likely to come under threat from the cancellation of the Kuala Lumpur (KL)-Singapore high-speed rail (HSR).” 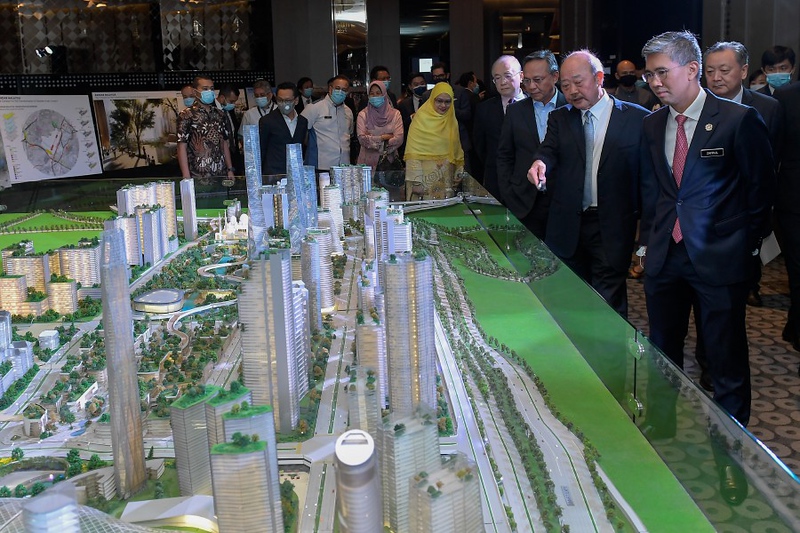 Builder of ex-1MDB project IWH weighs IPO as early as 2020 – [03/12/19]
“Iskandar Waterfront Holdings Sdn. is considering an initial public offering as early as next year, partly to help fund the $33.5 billion Bandar Malaysia project, according to people with knowledge of the matter.”

SOM-designed masterplan for Bandar Malaysia aims for dense and sustainable urban living – [12/08/19]
“Chicago-headquartered global architecture firm Skidmore, Owings & Merrill (SOM), and Spanish practice Eftalia Proios, have designed the masterplan of the new urban center Bandar Malaysia, a project that was recently revived, albeit with changes to the initial plan. It aims to promote the sustainability of Kuala Lumpur by becoming one of the densest developments in the world. It is expected to be completed by 2025.”

Bandar Malaysia set to take shape, with initial $3.2b funding – [06/03/17]
“Malaysia is set to break ground on its largest real estate development, the multibillion-dollar Bandar Malaysia project that will showcase the country’s growing economic ties with China.”

Bandar Malaysia JV secures funding – [17/06/16]
“The Bandar Malaysia Fund will accelerate the development of the major city centre project, which has a gross development value of RM200bil and will be built over 15 to 25 years, according to Iskandar Waterfront Holdings Sdn Bhd (IWH) group executive vice-chairman Tan Sri Lim Kang Hoo.” 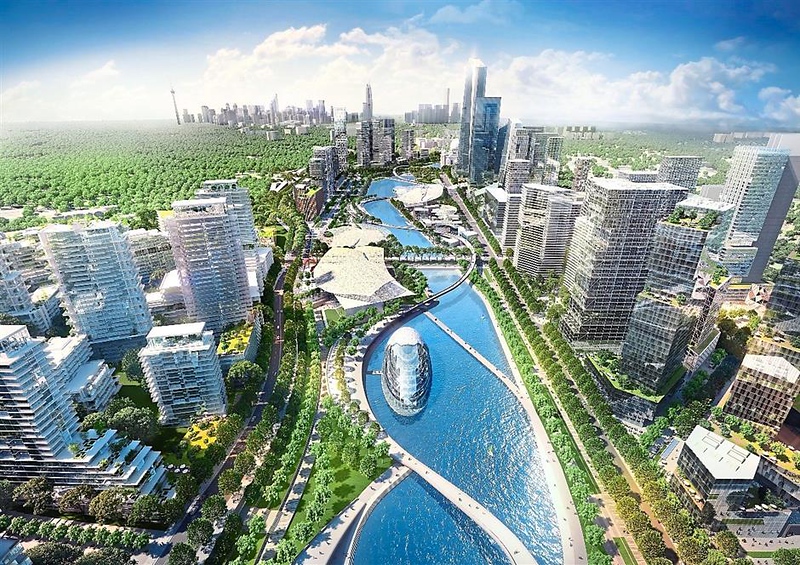 Six vying to be Bandar Malaysia designer instead of five – [17/05/12]
“As many as six finalists have been chosen in the Bandar Malaysia International Design Competition to select the best Master Plan for the new sustainable city.”

1Malaysia Development picks project partners – [19/07/10]
“1Malaysia Development Bhd (1MDB), the agency tasked to develop most of the government land, is identifying partners to draw up a masterplan for its Bandar Malaysia and Kuala Lumpur International Financial District (KLIFD) projects in the city.”