A BRT system of 4 lines was proposed in 2012, and in 2015 the plan was changed to convert the North-South Red BRT line into a light rail line. In 2016 the Thai government approved the project, and in 2017 the Khon Kaen Transit System Co. established to operate the line.

The 22.6-kilometre Red Line will have 17 stations from Samran in the north to Tha Phra station in the south. The light rail line will be integrated with the high-speed railway station that will connect Bangkok to Vientiane and the China-Laos railway.

The light rail plan has been spearheaded by the Khon Kaen Think Tank (KKTT) Group – a local group of entrepreneurs that envisage Khon Kaen as a regional hub and smart city.

Khon Kaen is not a tourist city, so the group are looking to turn the city into a hub for meetings and events. Building a light rail would also make the city attractive as a place to live outside of Bangkok. In the future the group also plan to sell rail technology to other cities.

The city would also benefit as a railway hub if the proposed railway of the East West Economic Corridor is built. Khon Kaen would become a major crossroad city of Thailand, with direct railway connections to Myanmar, Laos, and Vietnam.

Work on the light rail was due to begin at the end of 2018, but it is currently stalled and has not begun construction. It is not known if the other BRT lines would also be converted to LRT lines in the future. 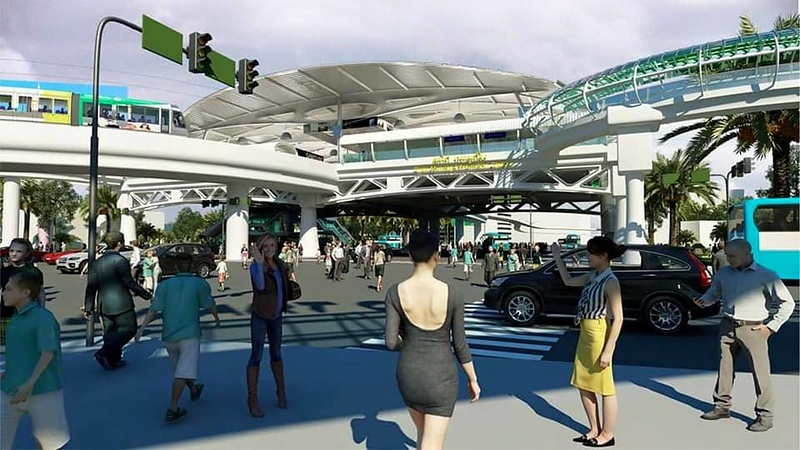 Khon Kaen rail gets S Korean guidance – [24/09/20]
“The Khon Kaen Smart Mobility plan, a blueprint for the light rail city train, is one of 12 projects where the South Korean government will offer consultation to help bring it in line with global transport city standards.”

All aboard Thailand’s decentralization train – [21/04/19]
“A group of provincial entrepreneurs, academics and hoteliers in Khon Kaen are bypassing Bangkok to privately develop a light rail line.” 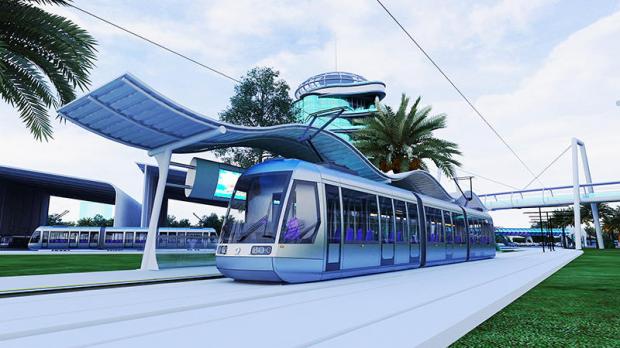 ‘Khon Kaen Model’ displays real promise – [13/12/17]
“The backbone of the Khon Kaen urban development plan is the construction of a 26-kilometre light rail transit line to solve traffic congestion and increase the value of real estate along the line.” 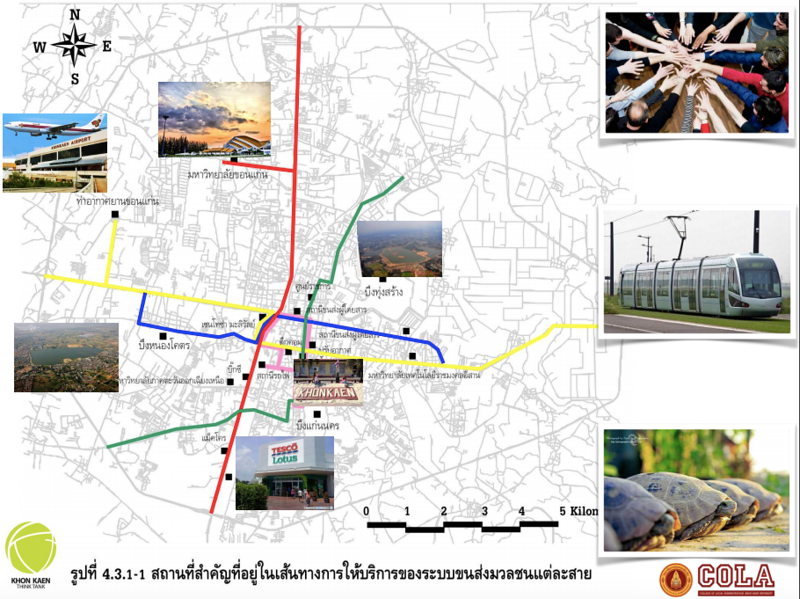