The government is planning to turn Koh Rong into a major tourist resort island. In 2008 the government granted the Royal Group a 99-year lease on the island. There are plans to build an airport on the island, and most of the coastal areas has been reserved for resort and casino developments. 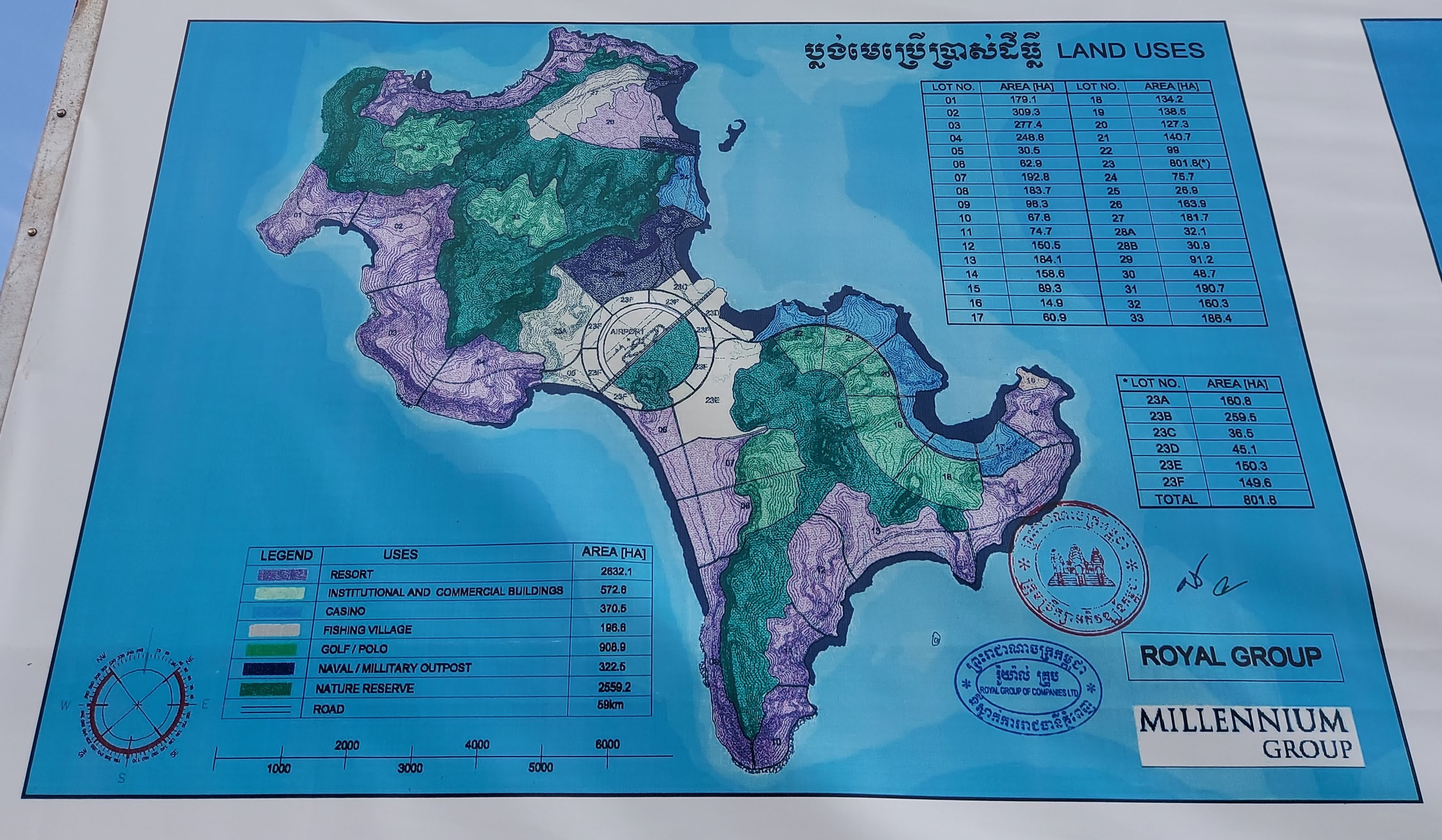 Royal Group is the main developer, though their website currently has no reference to the project.

Photos from my visit in January 2022. 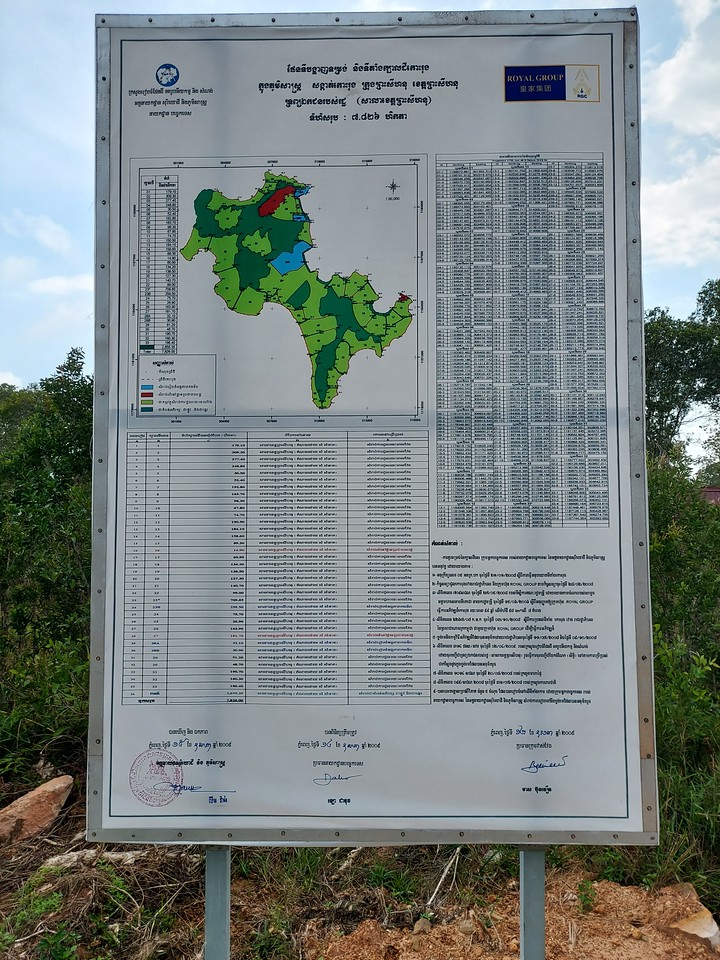 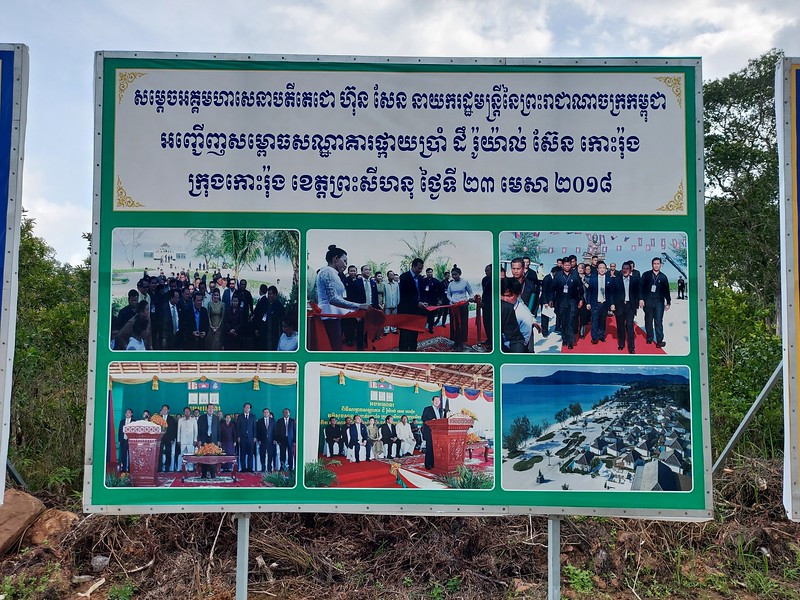 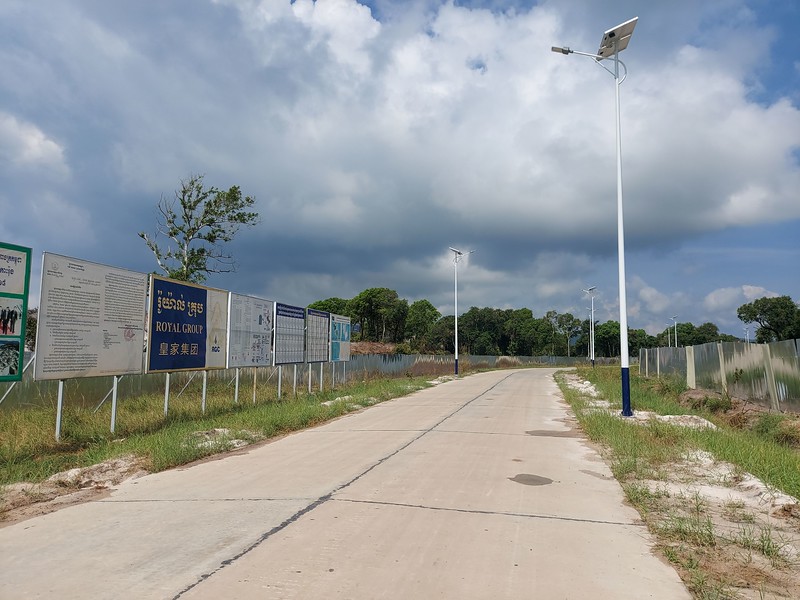 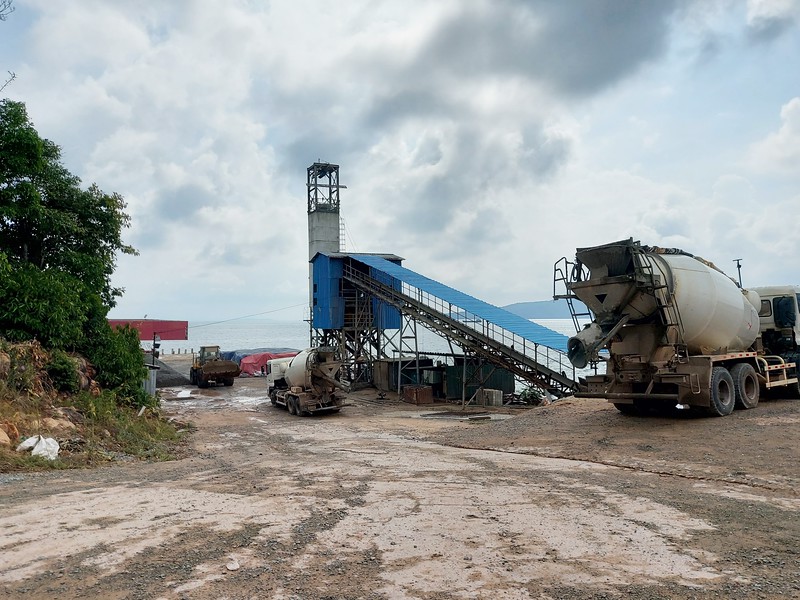 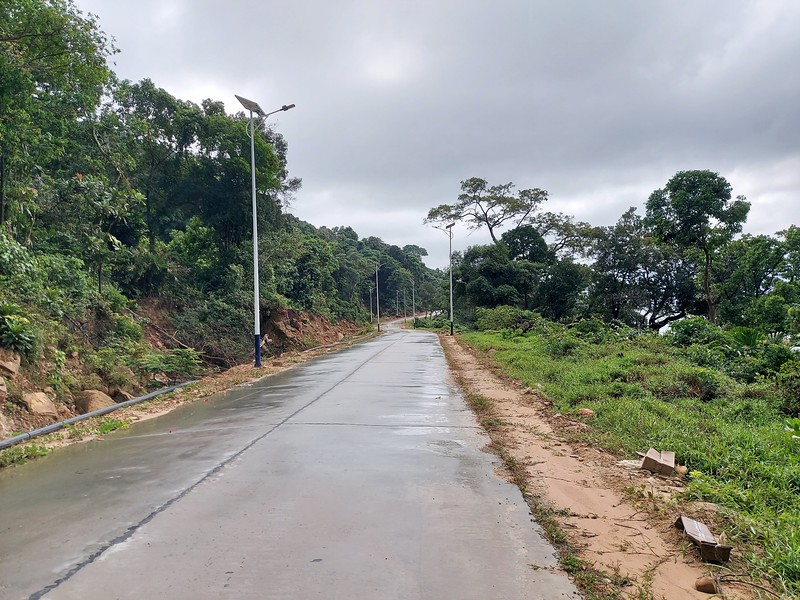 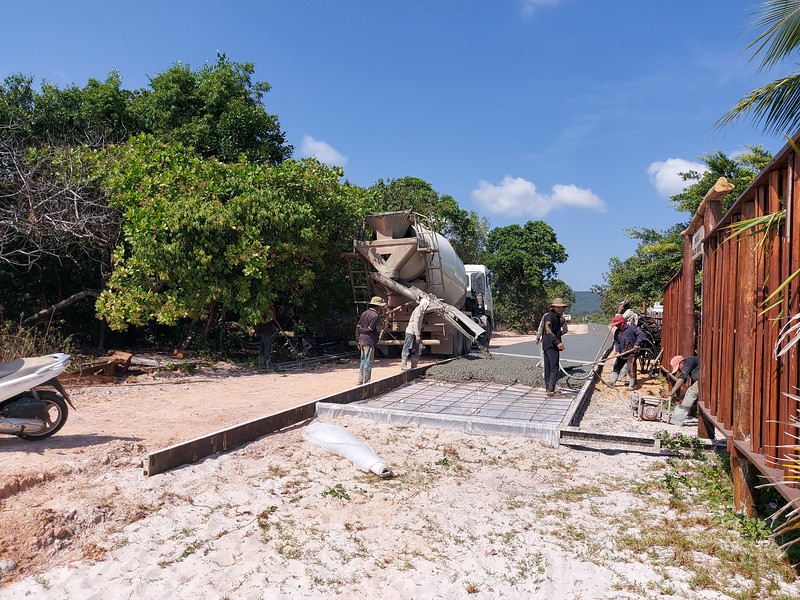 A Chinese-funded airport to be constructed on Koh Rong Island – [05/01/21]
“A Chinese-funded airport will be constructed on Koh Rong Island. Koh Rong—a backpacker’s haven—is located a short boat ride from Sihanoukville. The airport, which is being built to host the expected influx of tourists, will have a runway of 2,650 meters (8,694 feet), long enough to accommodate bigger planes such as the Airbus A321. The completion date is unknown.”

Koh Rong Island road project 30% done: Royal Group chair – [07/12/20]
“Royal Group of Companies Ltd chairman Kith Meng has announced that the development of 70km of concrete roads on Koh Rong Island is about 30 per cent complete, with construction having begun in mid-July and proceeding on schedule since then.”

“The master plan between Royal Group and the government was approved by the CDC in 2008, and the island was officially handed over to the company.”

Koh Rong land ‘belongs to firm’ – [28/06/20]
“Preah Sihanouk Provincial Administration spokesperson Kheang Phearum told The Post on Sunday that the 35ha being bulldozed by Royal Group Co Ltd in Koh Rong belongs to it after it was leased to it for 99 years by the government in 2008.”

Another pearl in China’s string? – [27/05/20]
“Plans in Cambodia for a massive tourist resort on an out-of-the way island don‘t add up and may serve a different goal.”

Government establishes new districts, town for better management – [31/01/19]
“The sub-decree ordered the creation of the new Koh Rong town, with its two communes – Koh Rong and Koh Rong Sanloem – to be taken from Sihanoukville.

Koh Rong Town Hall is to be located in Koh Rong Sanloem commune, the sub-decree said.”

Development plans for Koh Rong and nearby islands unchanged by marine park – [13/02/18]
“Businesses expect the establishment of Cambodia’s first marine national park covering seven coastal islands to boost tourism in the area, while government officials said yesterday it would not affect private development scheduled for the islands.”

Koh Rong: An island paradise slowly developing – [19/07/17]
“To boost development on Koh Rong, in 2008 the government granted a 99-year lease of land concessions to The Royal Group to develop a five-star hotel and luxury resorts. Both the government and the Royal Group aim to transform the island into Asia’s most attractive tourist destination.”

Protecting Cambodia’s island paradise? – [03/09/16]
“The Royal Group could not be reached for comment. But according to its website, its plans for the development of the 78-square-kilometre island would leave 30 per cent of the land as virgin rainforest, while the rest would be comprised of luxury resorts and golf courses.”

Royal Group set to build hotel on Koh Rong – [14/12/15]
“The Royal Group, in partnership with a Thailand-based Swiss investor, will build a 148-room five-star hotel on Preah Sihanouk’s Koh Rong island, with the group having completed a ground-breaking ceremony on Saturday.”

Tensions escalate as Royal Group accelerates island development – [12/08/15]
“Residents of Koh Rong Island, off the coast of Sihanoukville, have this week called on government officials, including Prime Minister Hun Sen, to review what they are labelling “abusive activities” by the Royal Group (RG) conglomerate.”

Koh Rong airport plans foggy – [05/04/13]
“Plans are in place for a new $10 million international airport on Koh Rong island, but questions remain as to when construction would commence and when funding would be available.

Designs for the roughly 7,200-square-metre airport terminal, which will consist of Khmer- and resort-style architecture, were completed two years ago, said Edward Billson, managing director of MAP Architects, a Hong Kong-based firm that is handling Koh Rong’s master plan.”

Cambodia draws up ‘master plan’ for New Asian Riviera – [18/08/10]
“The Royal Group of Cambodia has embarked on a new plan to transform the island of Koh Rong into the next “Asian Riviera.””

Eco resort planned for Cambodian island – [25/06/10]
“The scheme is to develop the island of Koh Rong, 30 minutes by boat from the coastal city of Sihanoukville, into an ecologically sustainable resort paradise rivaling established Asian tourism destinations such as Phuket, Koh Samui and Bali.”