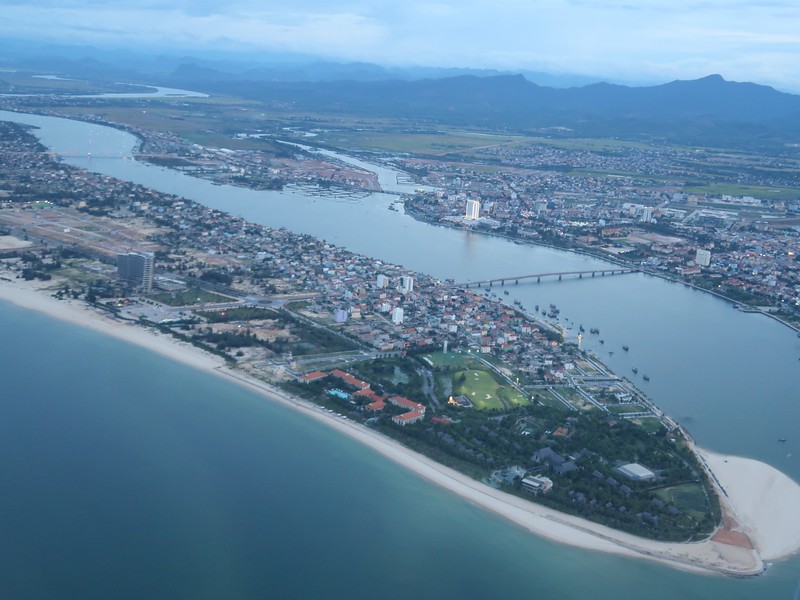 Dong Hoi is the capital of Quang Binh Province in north central Vietnam. It’s the gateway city to the Phong Nha-Kẻ Bàng National Park, where the world’s largest known cave can be found.

Dong Hoi is on the coast with 12 kilometres of white sand beaches, and it’s now starting to realise its potential as a beach destination. While Da Nang and Nha Trang are becoming internationally popular, Dong Hoi is gradually cultivating a domestic tourism market.

Visiting Dong Hoi feels seeing a city that is about to be discovered. International hotel chains are now setting up here, and there are plans to upgrade Dong Hoi Airport to an international airport. For now though it still a look and vibe of what Danang was like before it the international sensation that is has now become.

I visited in August 2019, where I rented a scooter with a local guide to have a look around at some of the major developments. This list is a general overview and doesn’t cover everything, so if you know of any other big projects feel free to send a link.

Most of the projects listed here are in Dong Hoi, though many of the places have branded themselves as Quang Binh. I’ve included the province in this list as the Dong Hoi beach front extends outside the city limits. There is also a possibility in the future that a major resort is built near the Phong Nha Caves. 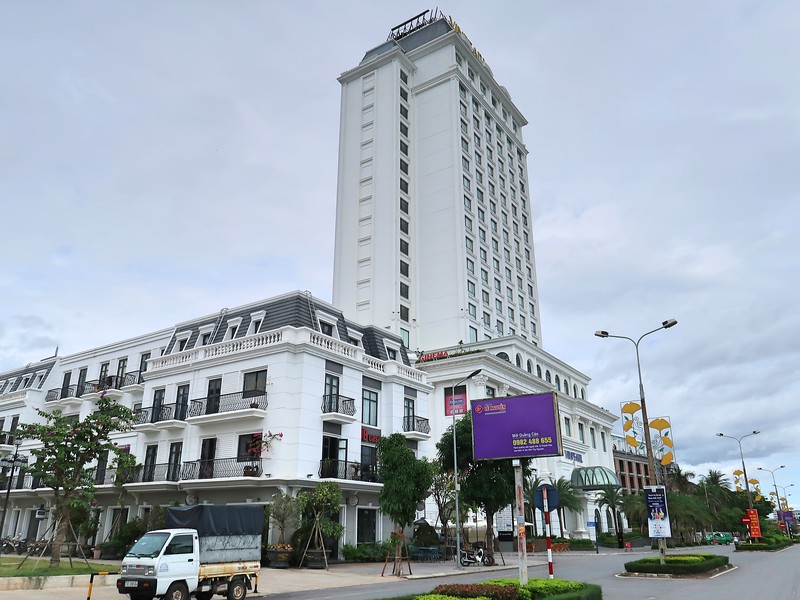 Vincom Plaza Dong Hoi and Vinpearl Hotel Quang Binh were completed in 2018 with the hotel being the tallest building in Dong Hoi.

Pullman Quang Binh is a five star hotel and resort comprising of a 16-storey hotel and villas. The hotel is on Bao Ninh Beach and is clearly visible from the riverside of the city. At the time of my visit the project had stalled. 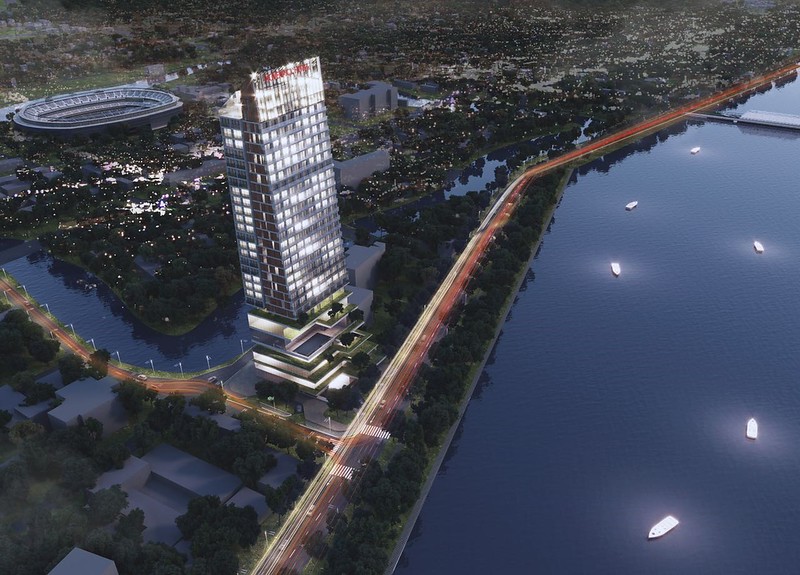 Mövenpick Hotel Quang Binh will be built on the Nhat Le River in the city centre. According to the press release, “it will feature 219 guest rooms, four food and beverage outlets and private beach access for hotel guests at nearby Nhat Le Beach. The property will also feature a spa, fitness centre, swimming pool, three meeting rooms, and a ballroom catering for up to 400 delegates.” 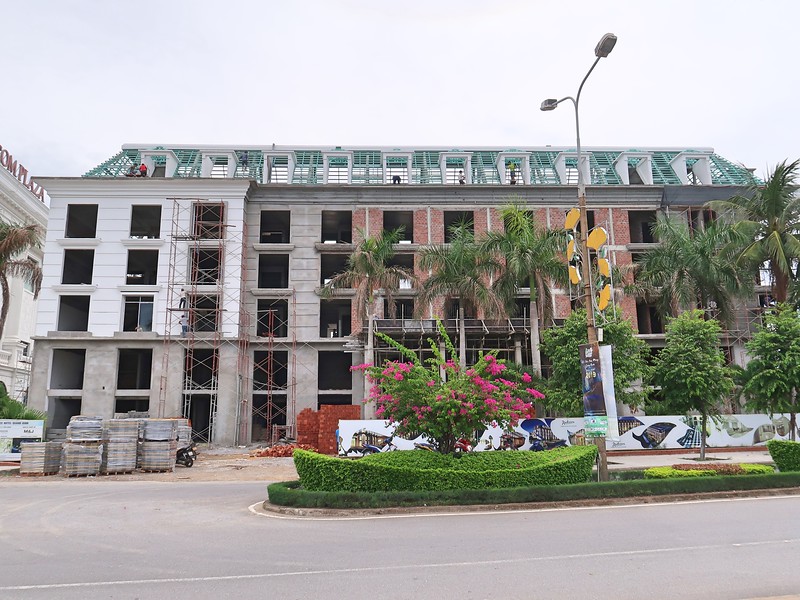 Radisson Palace Hotel Quang Binh is on the riverside road of Quach Xuan Ky, next to the Vinpearl Tower. It was under construction when I visited but I haven’t been able to find any official information.

In April 2019 Fusion Resorts announced that Fusion Resort Quang Binh is scheduled to open in the second quarter of 2020. The resort will feature 60 villas, each with its own private garden and plunge pool and either a sea view or an enclosed tropical garden. 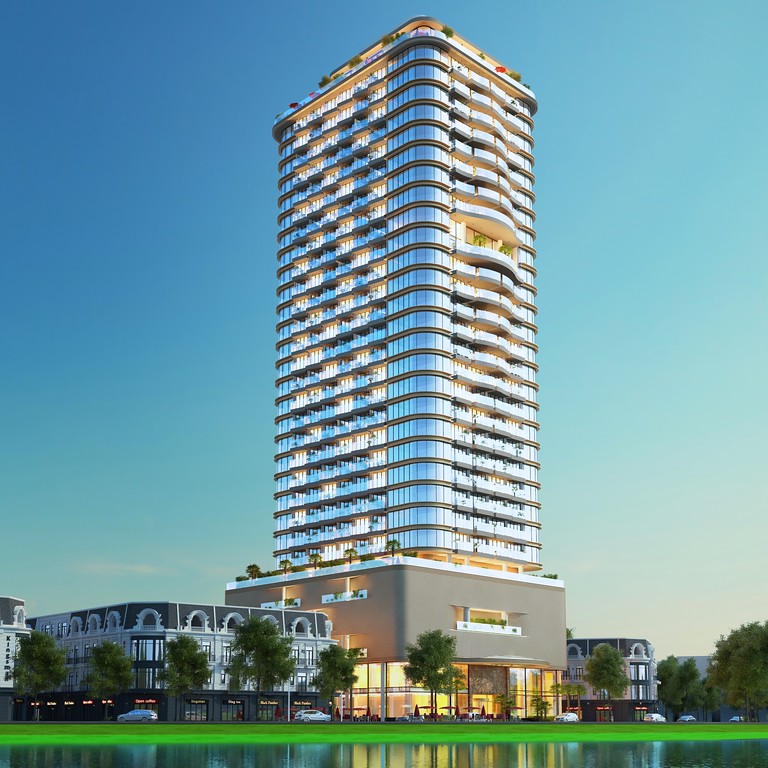 Hoang Gia Hung Tower is a proposed condotel and shophouse development by Hoang Gia Hung. The signature tower is around 30 stories, making it one of the tallest proposals in the city. At the time of my visit the block of land was empty and there have been no recent updates from the developer. 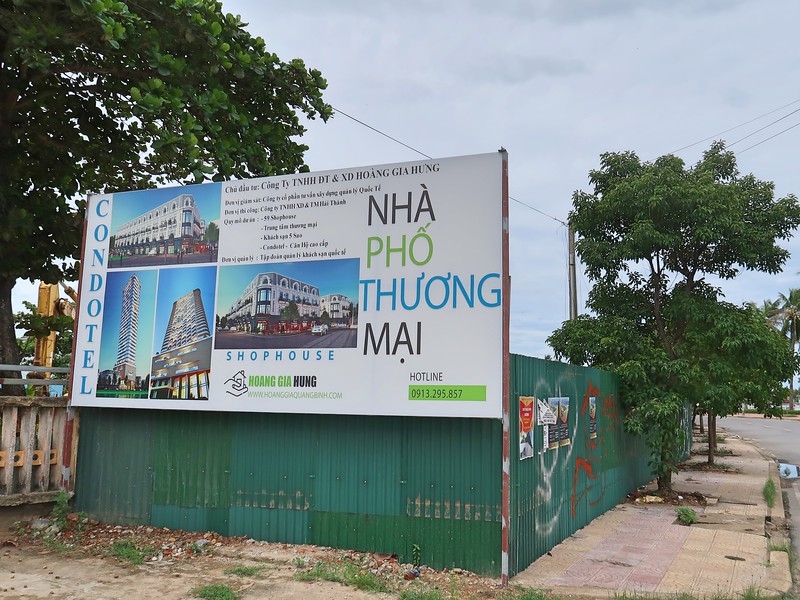 Roads were still being built when I visited, and much of the land has been cleared. 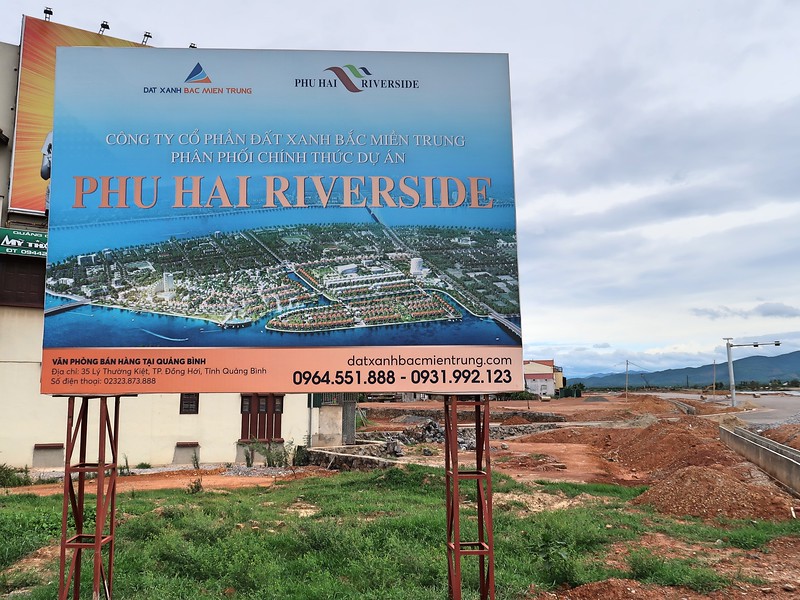 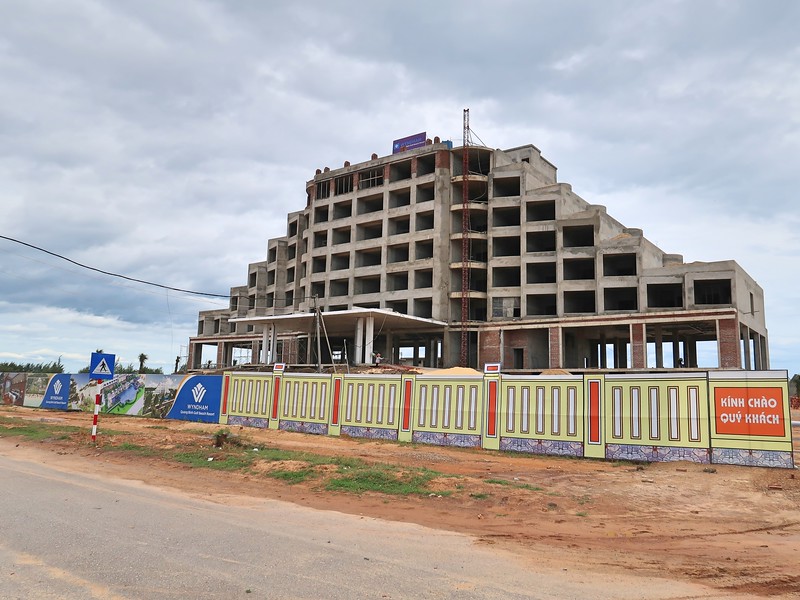 I drove by this construction site on the beach road of Vo Nguyen Giap and I saw that it’s a Wyndham project. Wyndham currently have hotels in Hanoi and Halong, and they are expanding their presence in Vietnam.

I just took a photo to remind myself to look it up later, but now that I look it up I can’t find any reference of a Wyndham Quang Binh Golf Beach Resort. So let this be a lesson to myself to get more information while I am on the ground.

There are plenty of references online about an FLC golf resort being built, but that’s in a different location. It’s not clear where they would put a golf course here as there is a new urban area being planned across the road.

Bao Ninh Sunshine is part of an ongoing development in My Canh Ward, on the peninsula where the Nhat Le River meets the sea. 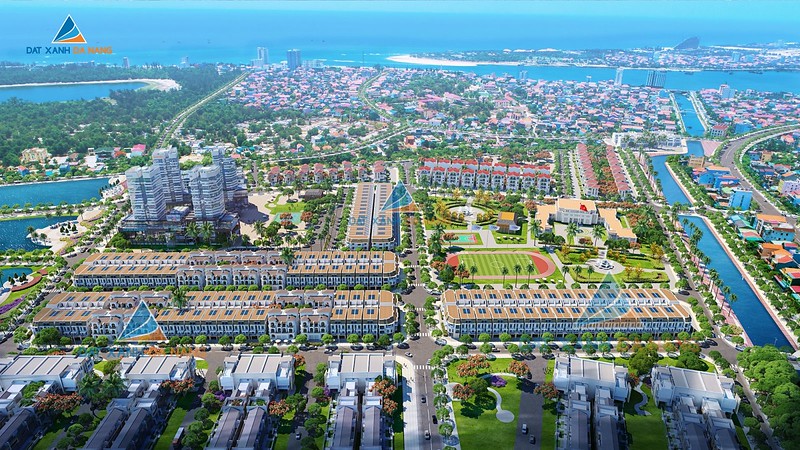 Sa Dong Urban Area is a housing development featuring rows of identical villas and two signature towers next to a central park.

This is another project I rode by thinking that I would find more information online. The project sign roughly translates to “Eco Hotel Delta Corporation”, but I couldn’t find any information about it on their site. I will leave it here in case someone knows more about it.

Hai Ninh is a rural commune and village south of Dong Hoi in Quang Ninh District. The stretch of beach here continues from that of Dong Hoi. 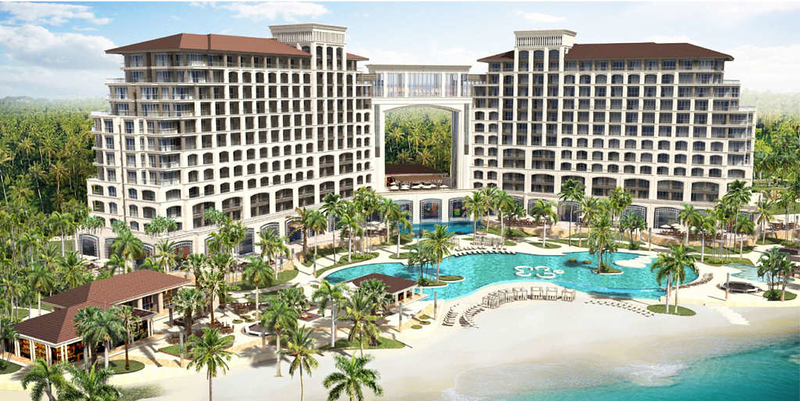 FLC is a major resort developer in Vietnam and they have also launched Bamboo Airways. The press releases have been promoting the hotel as a Best Western, but it shows FLC branding on the building.