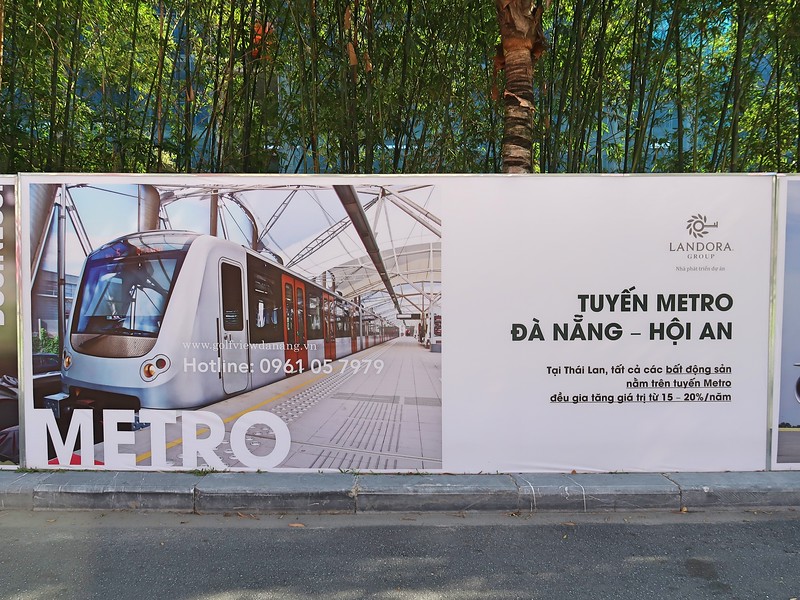 The Da Nang Metro is a proposed rail transit system for the city of Da Nang in Central Vietnam. There have been various proposals over the years that include underground and elevated metro rail, trams, light rail, and BRT (Bus Rapid Transit) systems. The network would also extend to Hoi An to the south in neighbouring Quang Nam Province.

There isn’t a name for this system, so this article is called Da Nang Metro rather than the Da Nang/Quang Man Transit System.

Da Nang is the third-largest city in Vietnam by population, and its geographical location halfway between Hanoi and Ho Chi Minh City makes it an ideal business hub in Vietnam. It’s also a popular tourism centre, with Hoi An being one of the most visited destinations in Vietnam, and Da Nang is emerging as a destination in its own right. There has been a boom in new hotels in Da Nang, and pre-pandemic the Da Nang and Seoul city pair was the fastest-growing major passenger route in Asia-Pacific.

Plans for a metro system were mentioned in 2012, with a proposed pre-feasibility study in 2013. A feasibility study for a tramway project was announced in 2014, and by 2017 the city was calling for investors for a transit network.

In 2019 South Korea’s Seoul Metro Corporation proposed a network with 2 metro and 8 tramway lines. Covid put a dampener on planning in 2020, and the most recent update in 2021 calls for 3 lines:

The links below are an archive of news updates, studies, and reports. These include diagrams and maps of potential routes. I will make a map one more detailed routes have been published. 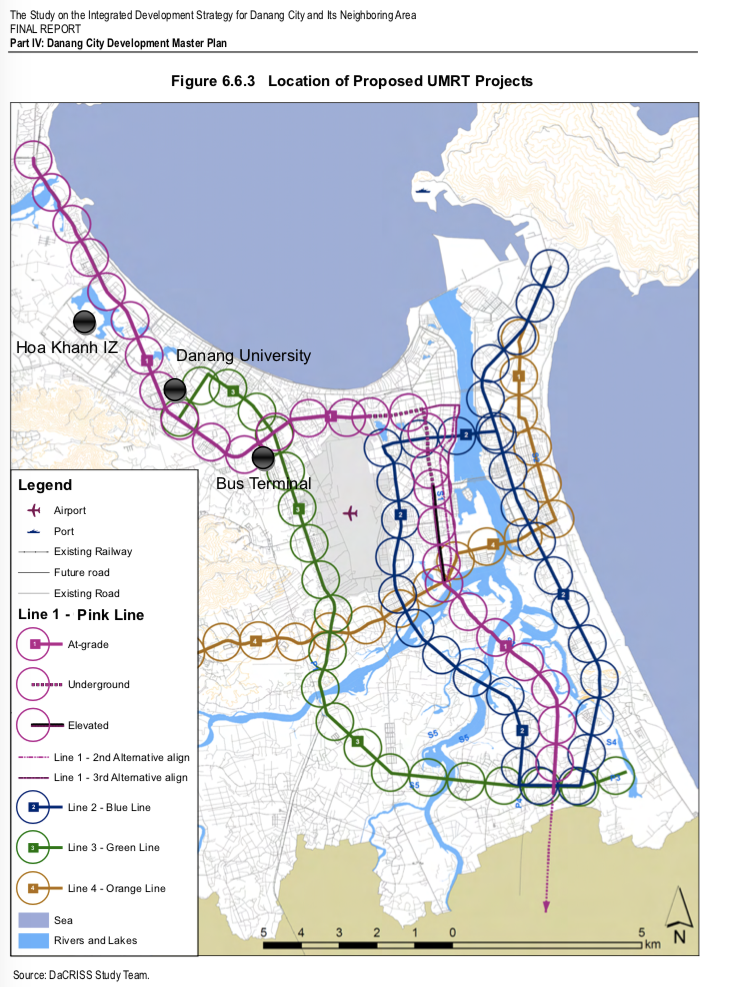 Seoul Metro to build Da Nang’s first railway system – [21/03/19]
“Seoul Metro, the operator of Seoul’s subway lines 1 through 8, signed a special memorandum of agreement with the People’s Committee of Vietnam at the committee’s regional office in Da Nang”.

Foreign funding sought for Da Nang-Hoi An metro line in central Vietnam – [23/11/18]
“Da Nang City is seeking foreign investment for a metro line from the Da Nang International Airport to ancient Hoi An Town. The line will run 33 kilometers (20.5 miles) along the coast and reduce road congestion, authorities say.”

Da Nang wants investment in infrastructure projects – [15/10/17]
“Central Da Nang City is calling for investment in a metro line project to connect it with its neighboring city of Quang Nam Province’s Hoi An.”

Central city studies tramway feasibility – [10/11/14]
“The central city of Da Nang has assigned the municipal Transport Department to collaborate with Peterson International Inc (PI) and Emerging Asean Capital Partners (EACP) on carrying out a feasibility study for a tramway project.”