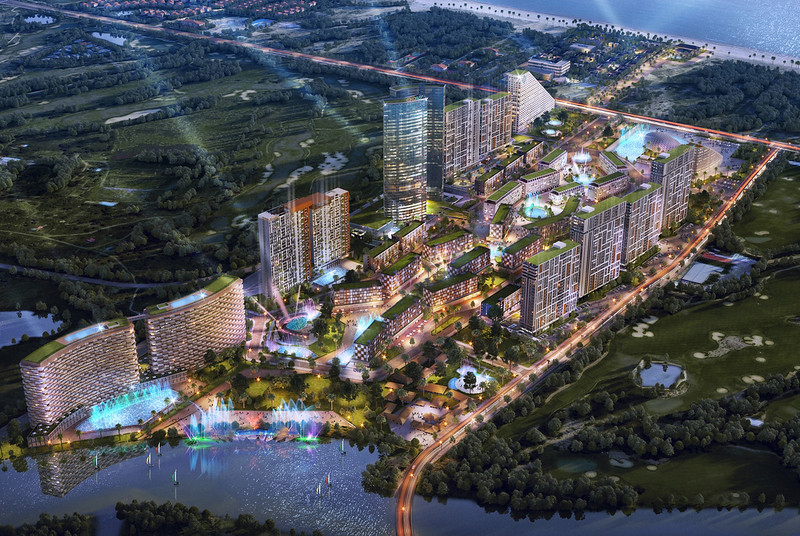 Cocobay is a leisure and entertainment complex in Da Nang, with a total investment of VND14-trillion (US$617 million) by the Empire Group. Cocobay is located halfway between Da Nang and Hoi An, covering an area of 31 hectares with a 600-metre beachfront.

Accommodation of three to five-star standards ranges from hotels, condotels, semi-detached houses, townhouses, and apartments. There will be 10,000 rooms available when it is completed.

Entertainment includes restaurants, a beach club, a 1,200-seat indoor theatre, and 2,000-seat outdoor arena, an amusement park, bars, clubs, karaoke, and shopping malls, and a pedestrian street. The promotion text says that it’s “inspired by Las Vegas”, though there is no plan to build a casino at Cocobay.

The centrepiece of the project is Cocobay Towers. The twin towers of approximately 200 metres will be connected by two sky bridges that form a loop on the 48th floor. In 2017 it was confirmed that the Viceroy Hotel Group will be the anchor hotel and that it would be completed by 2020.

At the launch of Cocobay Towers, Cristiano Ronaldo announced that he was the owner of an apartment in the towers (it’s not specified if this was part of a promotional deal). 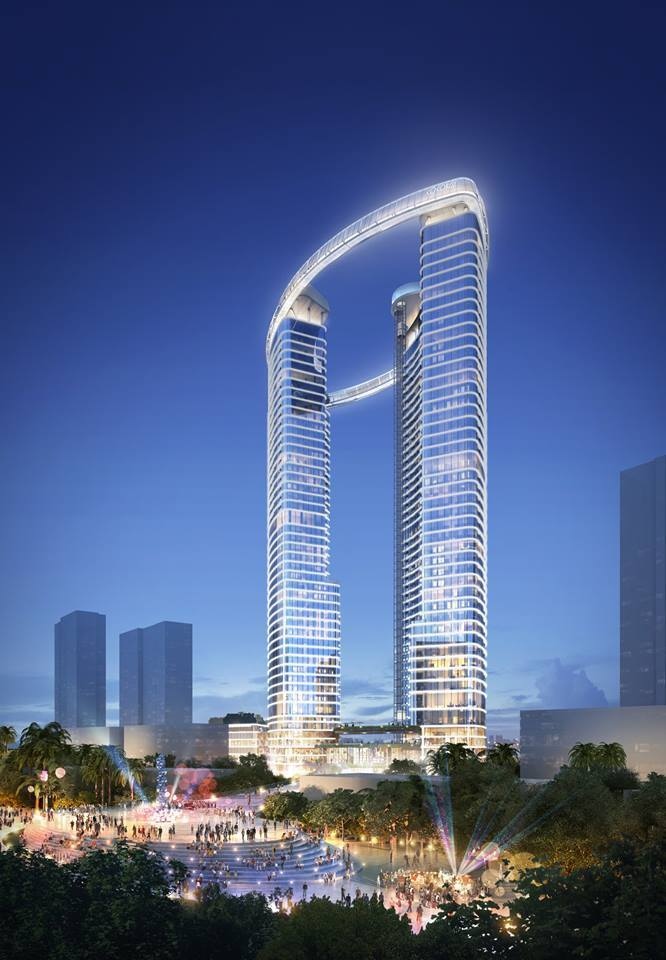 The construction of Cocobay Towers has stalled, with no indication of when it might start. Promotional material from Cocobay show the towers in two different positions. 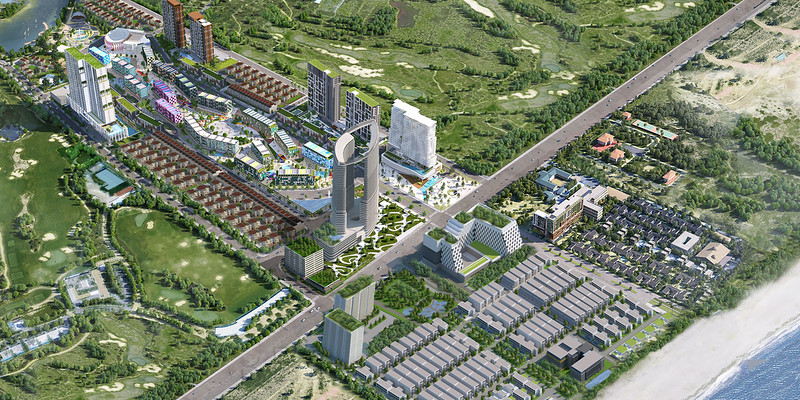 In 2019 the investor of Cocobay said that they could not honour their promotional deal of offering an annual return of 10-12.5% during the first eight years.

On my most recent visit in October 2020, the complex was closed to visitors.

skyscrapercity.com – Forum featuring news updates and discussion on the project.

cococitytour.vn – The hop-on hop-ff bus that operates between Da Nang City and Cocobay.

Coco Musica
“Designed and operated as “a party hotel”, Condotel 7, or Coco Músical Resort is assumed to be an extremely appealing destination for young people.” 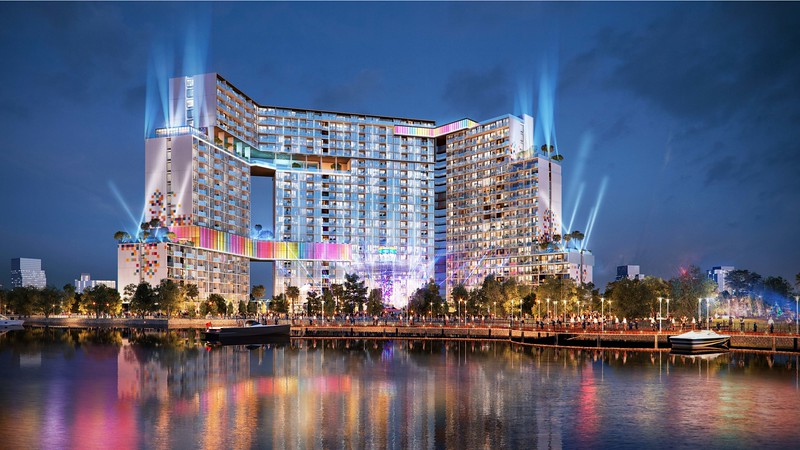 Behind the charming beauty of Ronaldo’s apartment in Cocobay Towers

I visited Cocobay in May 2022 as part of the 2022 Da Nang construction report. 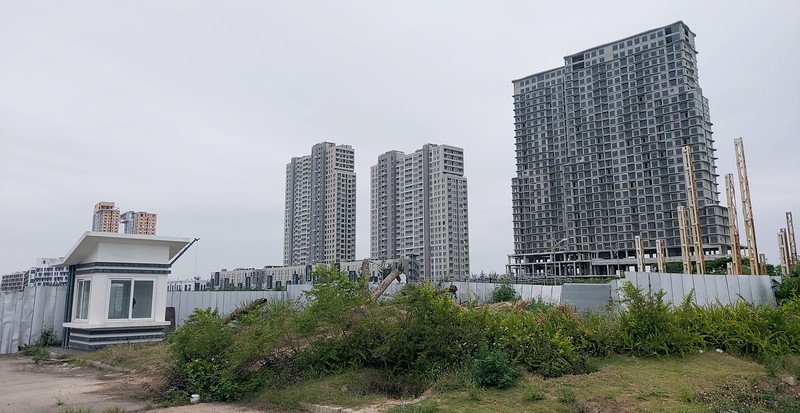 I visited Cocobay in November 2020 as part of the 2020 Da Nang construction report. 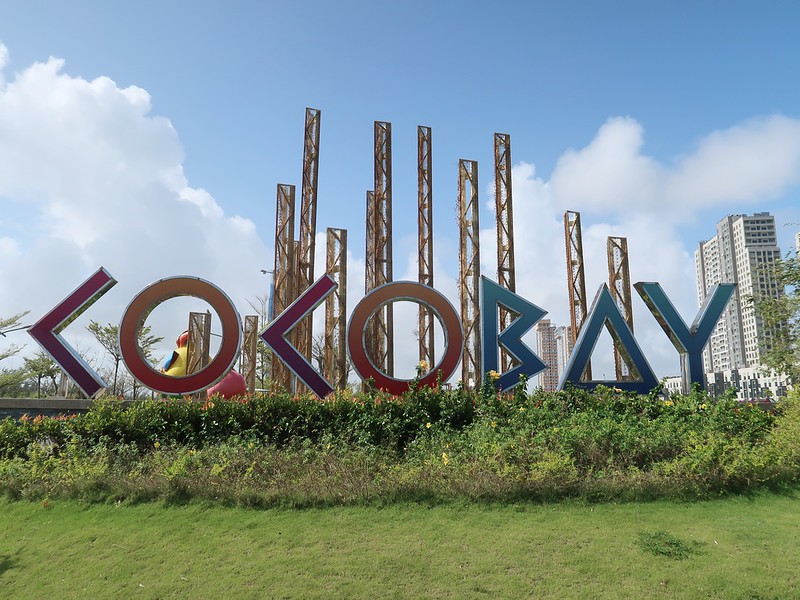 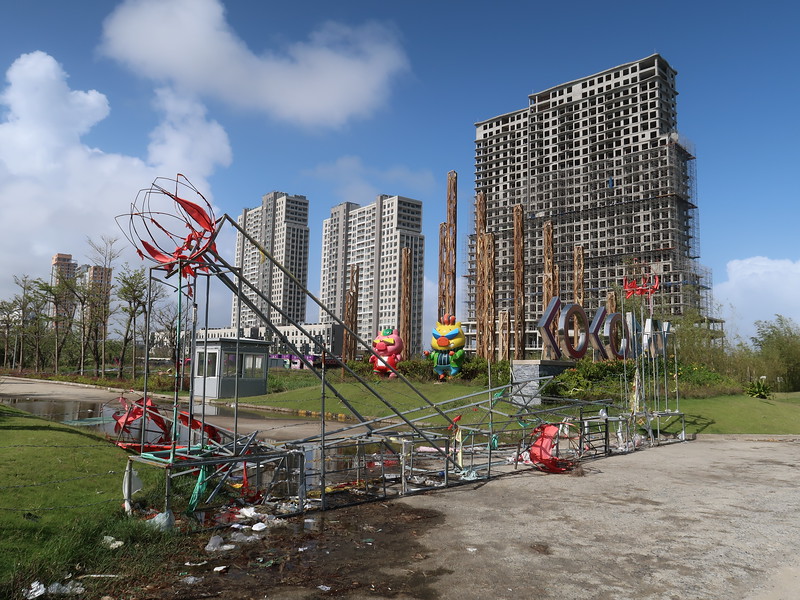 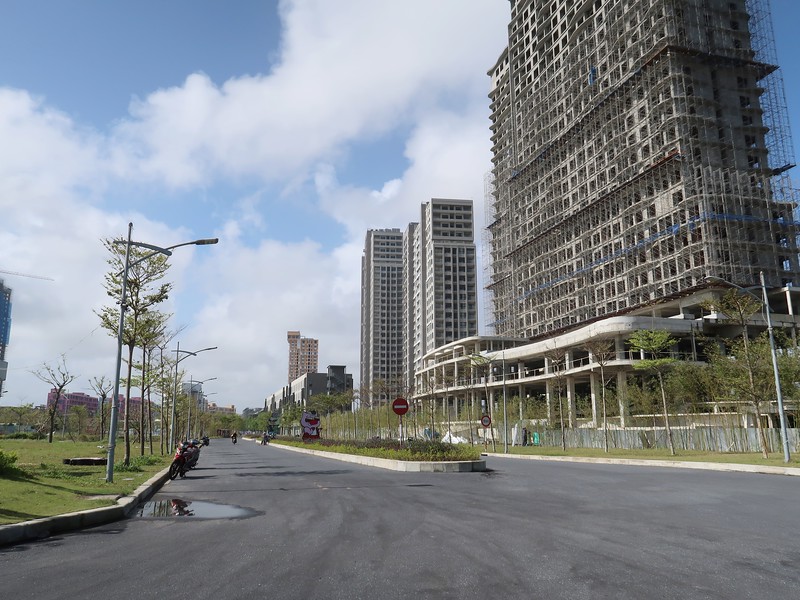 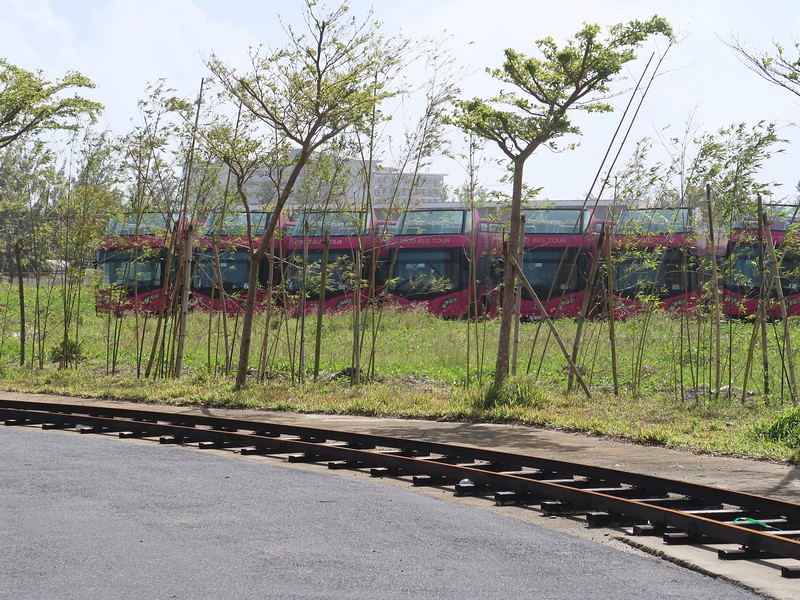 Photos from my visit in December 2019. 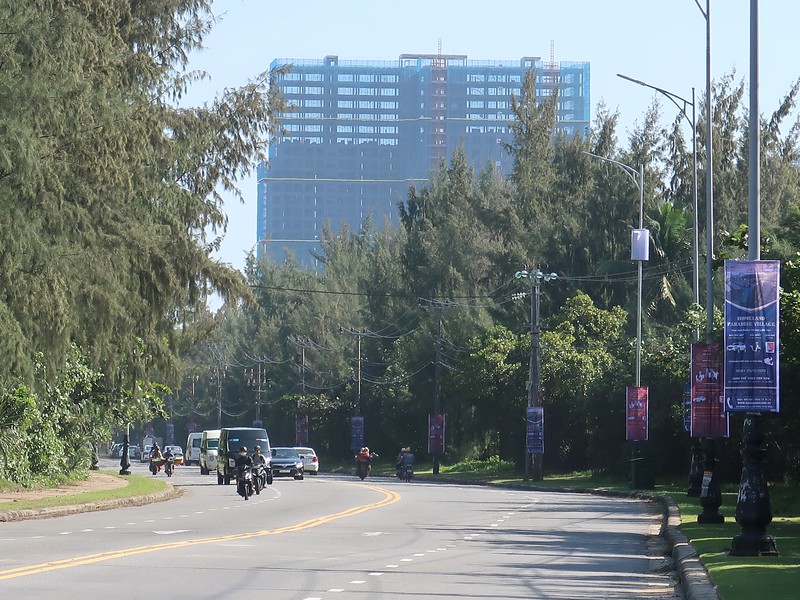 [Rail link to the beach.] 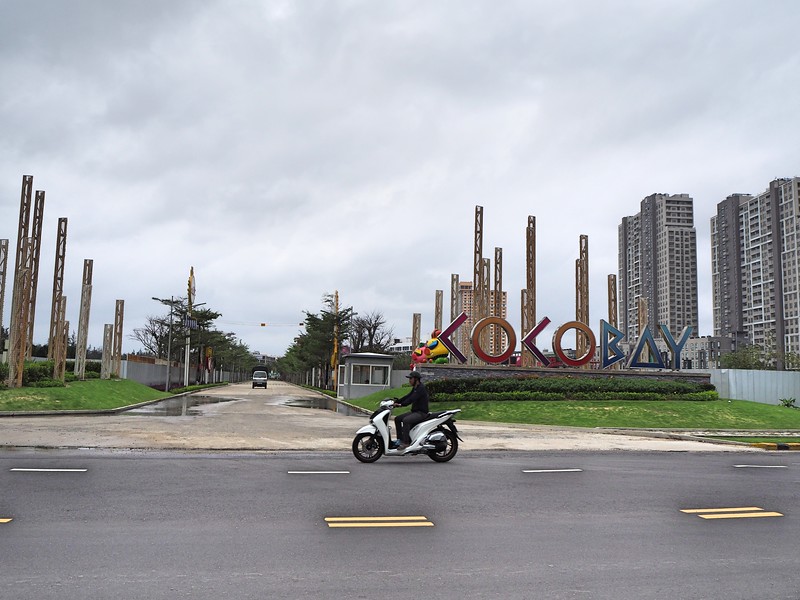 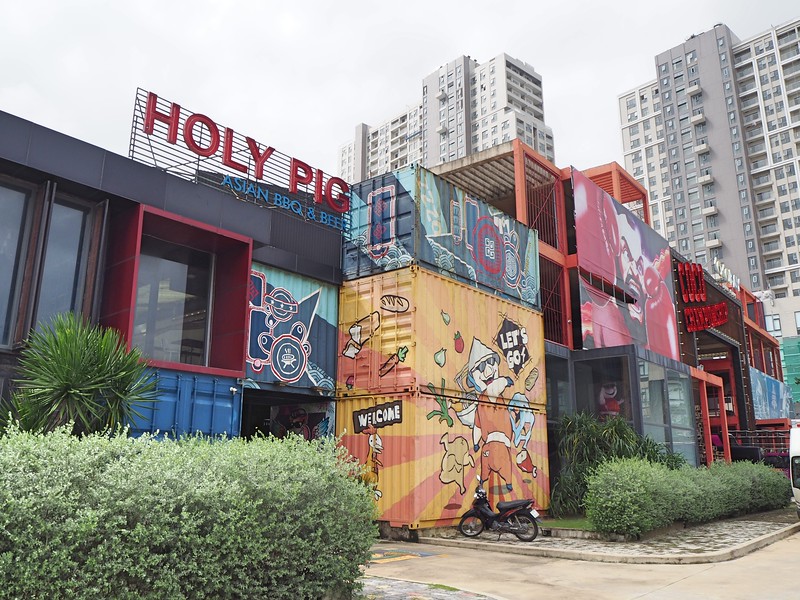 Court highlights Empire Group and Cocobay Danang for investigation – [28/02/20
“According to local media, Danang People’s Court has just issued Document No.106 on forwarding the emergency letters of complaint and denunciations regarding violations at the Cocobay Danang project of Empire Group to the investigation agency of Danang Department of Public Security. Accordingly, 450 condotel owners at the Cocobay Danang project had sent letters, alleging cheating on the part of the developer related to the sales of real estate, as well as violations of the laws on real estate and taxes by Empire Group.” 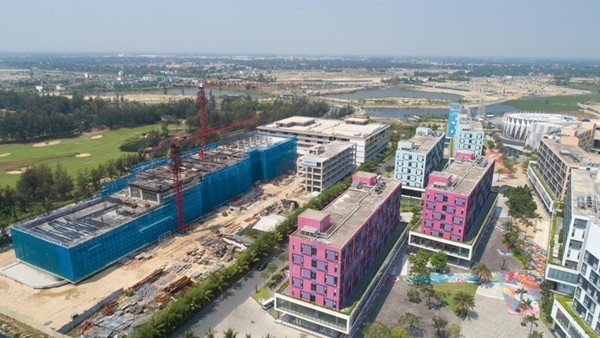 Da Nang condotel developer threatens to cancel unsettled contracts – [26/12/19]
“Cocobay Da Nang developer has announced it would cancel contracts if buyers don’t accept one of the options it has offered. It has unilaterally announced that the deadline is next Monday. In its announcement, Empire Group, the project’s developer, stressed that its customers need to select one of the three options the company had offered in place of the cancelled annual return payments, before the end of December 30, 2019.”

Tough decisions for Da Nang over Cocobay project – [06/12/19]
“Đà Nẵng authorities need to carefully review the offer to convert the Cocobay Đà Nẵng condotel project into apartments as it could harm the city’s economic development plan, experts have said.”

Cocobay calamity brings condotel pitfalls to fore – [05/12/19]
“Buyers who have purchased condotel units at the Cocobay complex faced a shock when Thanh Do Investment Development and Construction JSC (Empire Group), the developer of the project, announced that it could not keep its commitment of paying annual returns and would stop paying yields from December 1, 2020.”

Cocobay’s dishonor of commitment casts shadow on condotel market – [02/12/19]
“More than 1,700 customers have bought condotels, boutique hotels and villas at the 51-hectare Cocobay, with the developer committing to pay them an annual return of 10 -12,5 per cent during the first eight years. However, The Empire Group has blamed on a lack of legal framework for condotels and difficulties in operation management to stop payment.”

Da Nang okayed Cocobay turning condotels to apartments – [30/11/19]
“Authorities had approved the conversion of Cocobay Da Nang condotels into apartments long before the crisis over nonpayment of annual returns broke out. Da Nang City Chairman Huynh Duc Tho had signed the approval on February 1, the municipal construction department said in press release Friday.”

Cristiano Ronaldo-advertised condotel complex in Vietnam faces financial collapse, domino effect feared – [27/11/19]
“Developer of Vietnam’s central coastal city of Danang-based Cocobay complex, home to Cocobay Towers where football legend Cristiano Ronaldo said he had bought a condotel, a lodging that is a hybrid of a condominium and hotel, has announced that they are facing financial difficulties.”

CocoBay Danang rises again – [28/05/19]
“CocoBay had made its striking impression to the market at first, but soon went into difficulties for not having the due construction permit for almost two years.”

Work starts on Naman Homes luxury housing project at Cocobay – [26/05/19]
“A series of key projects and all details of the ‘Cocobay Hello Summer’ programme were announced by the Empire Group at its press conference organised at the Da Nang Cocobay Entertainment and Tourism Complex in Ngu Hanh Son District’s Hoa Hai Ward on Saturday.”

South Korean rapper to perform in Vietnam for the first time – [20/02/19]
“Popular rapper Jay Park will perform for the very first time in Vietnam at a July festival in Da Nang.” The festival was Aqua League water festival at Cocobay on July 14 2019. 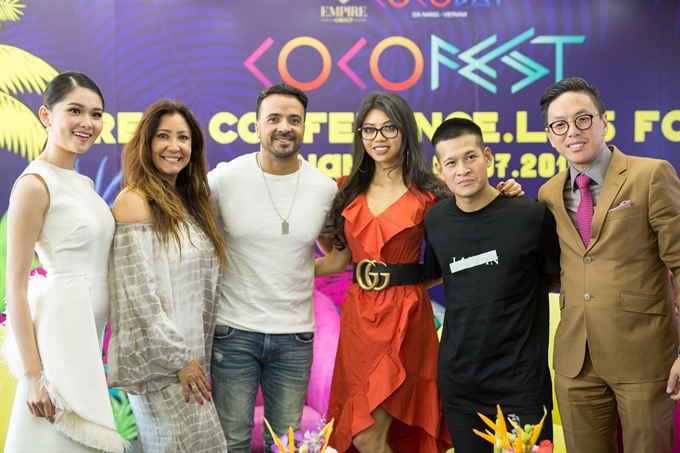 Luis Fonsi to bring super hit Despacito to Cocofest in city – [14/06/18]
“Renowned Puerto Rican singer and songwriter Luis Fonsi will bring his super hit “Despacito” to the 2018 Cocofest music festival to be held at Cocobay Resort in Da Nang in July.”

Cocobay added to Danang DoC’s black list – [04/05/18]
“The Danang Department of Construction (DoC) has just issued Decision No.18/QD-XPVPHC to penalise Thanh Do Investment Development and Construction JSC, now known as Empire Group, the developer of the VND14 trillion ($616.7 million) Cocobay Danang in Ngu Hanh Son district due to purposely constructing elements that were not included in the construction permit, according to vietnamnet.vn.” 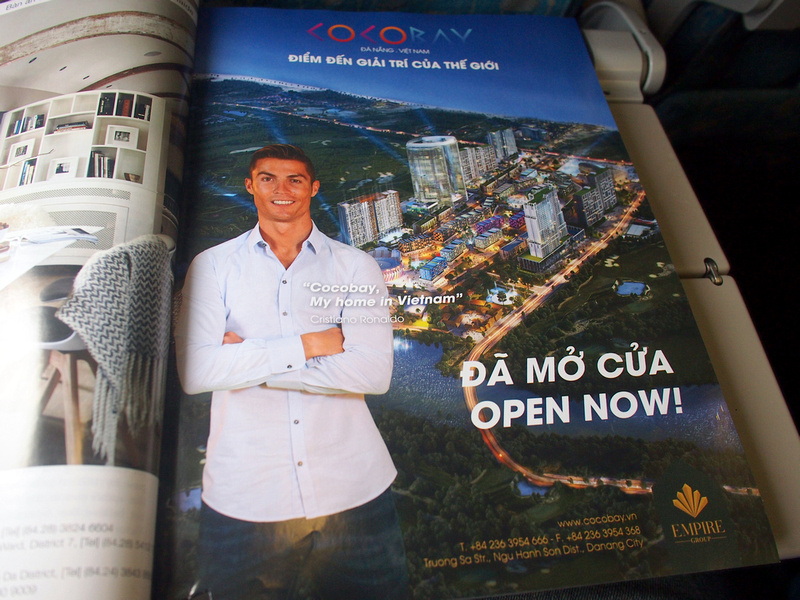 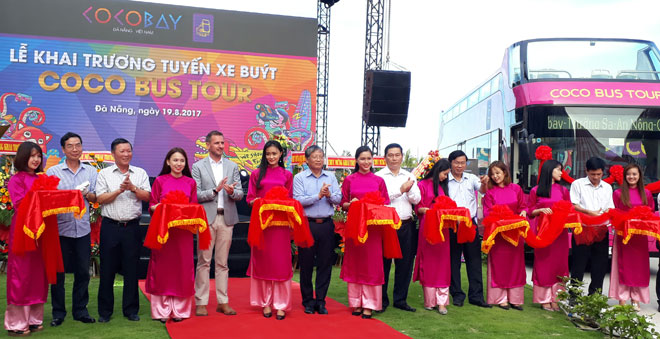 Atkins brings an architectural icon to Da Nang to enhance tourism industry of the most liveable city in Vietnam – [13/06/17]
“Atkins has been appointed by Empire Group, one of Vietnam’s leading property development pioneers to provide architecture and interior design services for Cocobay Towers.”

Atkins to design twin luxury towers in Vietnam – [12/06/17]
“…the 200-m-tall towers will be the focal point of Cocobay, a 31-ha entertainment and hospitality hub. The development has a total gross floor area of 145,000 sq m and each tower will accommodate both a luxury hotel and a condominium for the Viceroy and Mirai brands.”

Viceroy Da Nang Vietnam slated to open in 2020 – [01/05/17]
“Cocobay, a soon-to-be hospitality and entertainment hub in Southeast Asia, is expecting a new five-star property in 2020: Viceroy Da Nang Vietnam. According to a written release, this is Viceroy’s “first foray into Asia’s most highly anticipated market, which is being created from the ground up.””

Is Cristiano Ronaldo moving to Viet Nam? – [29/04/17]
“Soccer superstar Cristiano Ronaldo has planned to visit Viet Nam soon to receive a piece of real estate he has already paid for in the central coast, sources told VnExpress.” 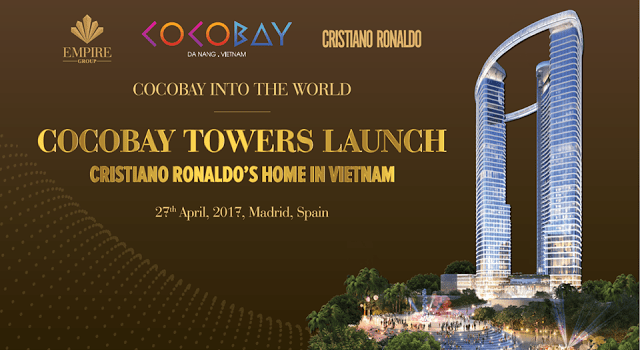 International celebs to join first ‘Cocofest’ in Da Nang – [22/08/16]
“Kelis, Park Gyuri and From The Airport will all take the stage at the first Cocofest this month in Vietnam’s central city of Da Nang.”

World Building of the Year 2016 shortlist announced – [04/07/16]
“Over 300 projects…have been shortlisted for awards at the World Architecture Festival in Berlin this November.”
Future Projects – Masterplanning Future » Coco Bay, Vietnam, by Haptic Architects. This was an alternative version that wasn’t built.

New attractions for visitors – [06/06/16]
“Work started last Sunday on the Cocobay Entertainment and Tourism Complex along Truong Sa in the Hoa Hai Ward of Da Nang’s Ngu Hanh Son District. Developed by the Empire Group, the 11,000 billion VND complex will cover an area of 31ha, including a 600m-long beachfront.”