Vietnam is planning to rebuild the main north-south railway into a high-speed express railway. Train speeds will be up to three times faster than on the current line, and the route will be shortened by straightening out the line from its current alignment. For the Ho Chi Minh City to Nha Trang section, one of the proposed express stations in the new alignment is Tuy Phong.

The route isn’t set in stone yet, and construction of the railway could be years away (if at all), but if this alignment goes ahead it could turn Tuy Phong into a new coastal hotspot in Vietnam.

A map of the proposed alignment can be found in a report that was published by Japan International Cooperation Agency (JICA) and Vietnam Railways (VR) in 2013.

This report shows the stations in the south priority section (HCMC to Nha Trang). While there will be stations in between that serve the slower regional trains, these are the stations that are selected for the high-speed service. Tuy Phong appears to have hit the development jackpot by being in the path of the realigned railway. 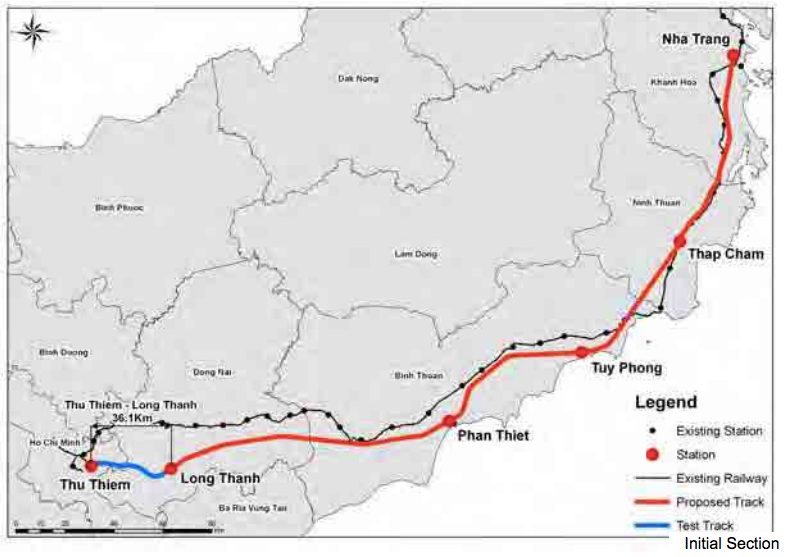 Tuy Phong is a rural district of Binh Thuan Province in the South Central Coast Region of Vietnam. The capital of Tuy Phong is Lien Huong, though it appears on this map that the station would be near the township of Phan Ri Cua.

Tuy Phong is a relatively isolated coastal district, and I would hazard a guess that few Vietnamese could place it on a map or guess what province it is in. It is halfway between two provincial capitals (Phan Thiet and Thap Cham), neither of which has an airport.

Phan Ri Cua is a fishing port set on a river with a population of about 45,000 people. 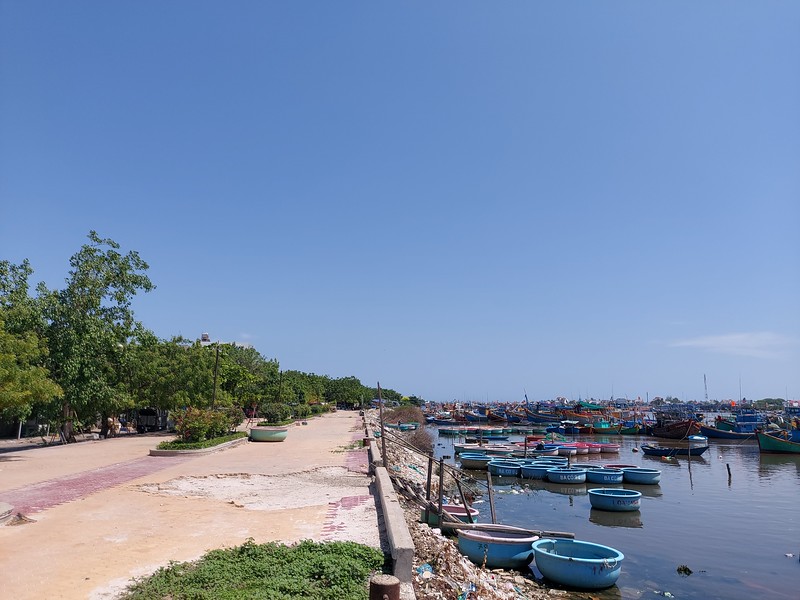 Like most towns of this size in Vietnam, it is an architecturally unremarkable place. And unfortunately, like most fishing ports, its river and beaches are strewn with rubbish. 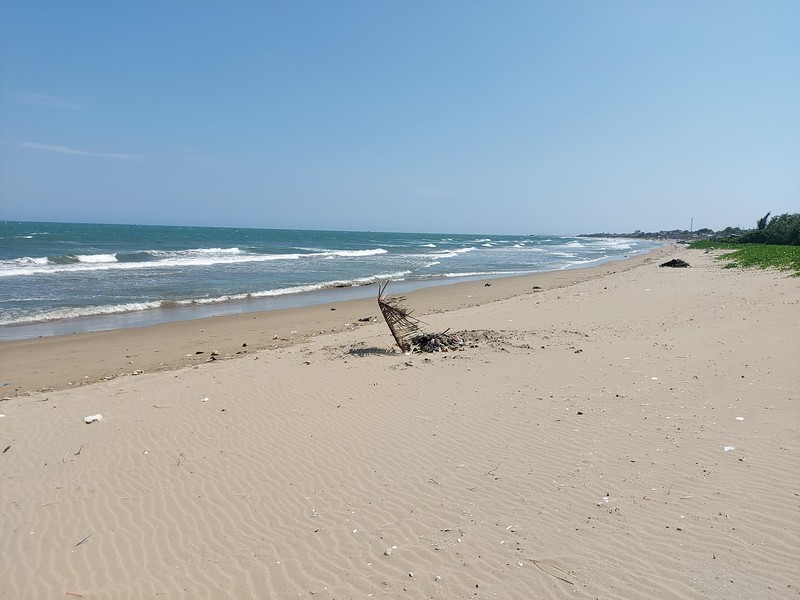 There are a few hotels here, but they would be serving domestic provincial travellers (no one from Saigon is coming here for a beach break).

There are some nice stretches of beach on either side of the town, so there is potential for tourism.

[The beach at Phan Ri Cua.]

According to Google Maps, the distance from Thu Thiem (the future HCMC station) to Phan Ri Cua is 243 km, and the estimated driving time is 4h 37m. If the high-speed railway is built with the proposed speed of 350km/h, then that would put Tuy Phong within one hour of Ho Chi Minh City. There are also airports under construction at Phan Thiet and Long Thanh, so Tuy Phong would be one and two stops away from airport connections.

To go from an isolated fishing town to one of the best-connected locations on the South Central Coast would completely transform this part of Binh Thuan Province. Most of the development in Binh Thuan is happening around Phan Thiet (Mui Ne) and to the south. A second station in Bing Thuan would shift development interest further up the coast.

I visited Phan Ri Cua, and I rode a motorbike along most of the coast of Binh Thuan. The beaches of Tuy Phong are not the best beaches in the province, but they would still make an attractive setting for coastal living. Developers and “people in the know” who have seen this JICA map have surely already bought land in anticipation of this proposed railway realignment.

[For the record, I am not a land speculator and I have no financial interest in land or property in Tuy Phong.]