The Trans-Sulawesi Railway is a proposed railway that would connect the two biggest cities in Sulawesi, from Makassar in the south to Manado in the North. The first stage is currently under construction, from Makassar to Parepare. There are plans for other lines in the future that will cover all four peninsulas of the island.

Sulawesi briefly had a railway when the island was known as Celebes. The Dutch colonial government operated a railway from Makassar to Takalar from 1922 to 1930. This was on a 1067mm gauge line (the same as in Java). 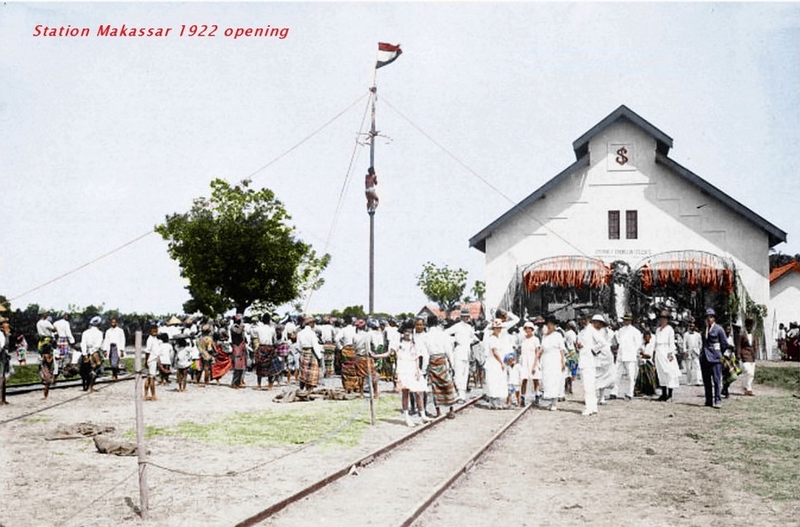 The new railway will be built on a standard gauge line and it will be used for passenger and freight services. This is part of a broader plan to build or expand railways on the major islands of Indonesia. 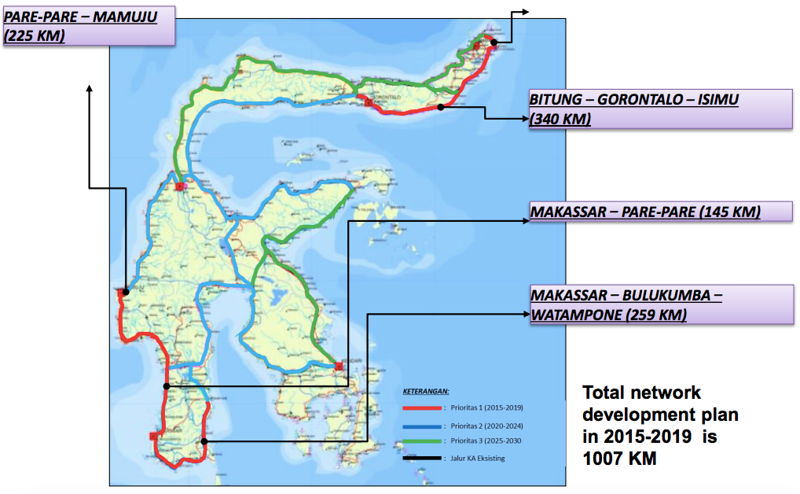 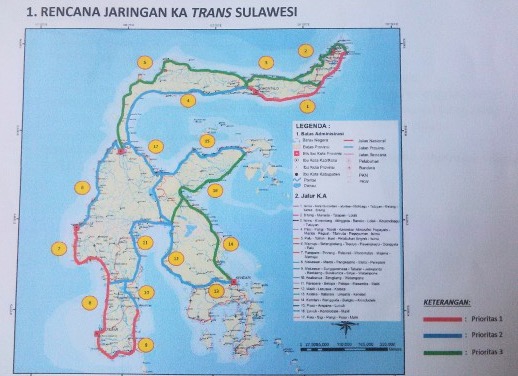 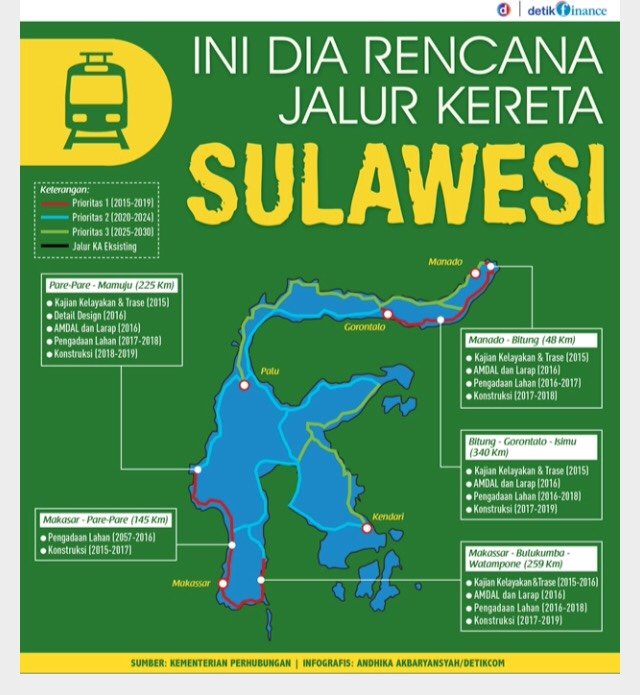 The following links are the news archives of the Sulawesi Railway Project.

Sulawesi rail project part of Indonesia-centric development: minister – [02/12/22]
“The launch of the rail line’s operations is planned for May 2023, and is scheduled to be attended by President Joko Widodo (Jokowi)”

Sulawesi’s first trains begin transporting passengers in trial – [29/10/22]
“South Sulawesi on Saturday began the trial of running a Trans Sulawesi passenger train across seven railway stations in two districts for a distance of 66 kilometers in the island’s first railway network.”

Maska: Society needs to optimize Makassar railway traffic – Parepare – [19/08/21]
“The construction of the Trans Sulawesi railway line across Makassar – Parepare is entering the operational stage. To that end, the Indonesian Railways Society (Maska) encourages people to use this mode of transportation.”

Indonesian farmers refuse to budge for train line through karst landscape – [16/08/21]
“Farmers in Indonesia’s South Sulawesi province have rejected government offers to buy their land for a railway project, saying they depend on it for their livelihood.”

Notes from South Sulawesi: On road and rail from Makassar to Parepare – [10/04/19]
“As the AIC prepares to launch its new collaborative research program, the Partnership for Australia-Indonesia Research (PAIR), in South Sulawesi later this year, we took to the road for three days in late March to meet with the communities that live along the trans-Sulawesi highway between Makassar and Parepare.”

“There used to be a train route in the Dutch era to the south. It was what the BPPT wanted to explore,”

Govt prioritizes Trans Sulawesi railway track – [18/06/17]
“Railway track has been approved by the central government. This year railway in South Sulawesi is prioritized. The fund is ready and we hope it will complete by 2019”.

Trans Sulawesi Railway to start operations in 2018 – [11/11/16]
“To support economic growth in Sulawesi, a lesser developed Indonesian island which possesses rich mineral resources, the first railway on the island is currently being constructed. The 1,600 km standard gauge route will connect Makassar in South Sulawesi to Manado in North Sulawesi. The Trans Sulawesi railway is planned to serve both passenger and freight service, providing a modern rail service on the underdeveloped island.”

Tracklaying starts on Sulawesi railway – [16/11/15]
“The first track has been laid on the island of Sulawesi to mark the start of railway fit-out on the 145 km standard gauge route being built from provincial capital Makassar to the port of Pare Pare.”

“…the first phase of the construction would link Barru with the port city of Parepare so that agricultural produce from the regency could be easily transported to other islands in Indonesia.” 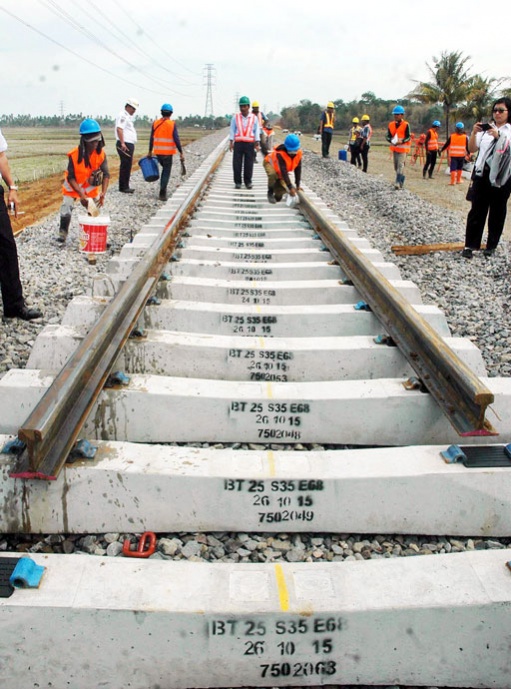 Trans-Sulawesi railway project to begin soon, using Chinese tracks – [28/04/15]
“The central government will start the construction of a 143-km railway line from Makassar to Parepare, both cities in South Sulawesi, in early July and will buy the tracks direct from China, an official has confirmed.”

“A memorandum of understanding for the project was signed by the ministry and the South Sulawesi provincial government on June 1 2012.”