The project is being developed by the government-owned Sarawak Metro. Phase 1 of the ART consists of 2 lines and 27 stations covering approximately 52 kilometres in distance.

The vehicles are driverless and are powered by hydrogen fuel cells. The vehicles will run on dedicated trackless lanes runing on rubber tyres. Each vehicle can carry up to 300 passengers, with a speed of up to 70 km/hour.

The proposed interchange station for the ART would be near the Kuching City Mosque (Padang Pasir). 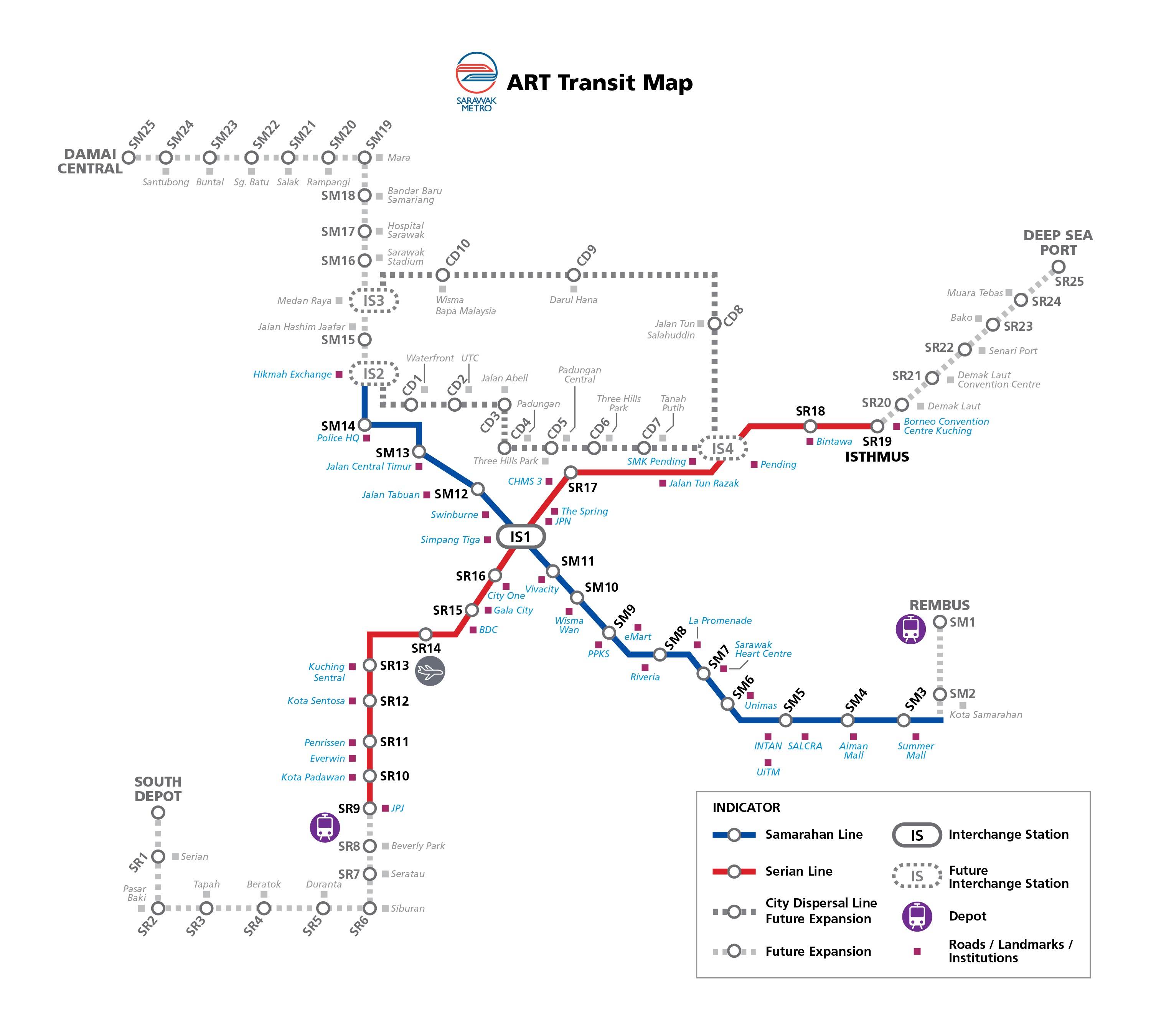 Naim subsidiary signs MoU with Sarawak Metro on Kuching Urban Transportation System – [19/07/22]
“Naim Group of Companies, through its subsidiary Peranan Makmur Sdn Bhd (PMSB), has signed a memorandum of understanding (MoU) with Sarawak Metro Sdn Bhd to collaborate on the implementation and management of the Kuching Urban Transportation System (KUTS) at Kuching Paragon.”

Sarawak Metro: A mission to create an ultra-modern transportation system – [24/12/20]

Funding for ART system under 12MP – [01/09/20]
“Funding for the state’s autonomous rail transit (ART) system, which is expected to be in commercial operation by 2025, will be provided under the 12th Malaysia Plan.”