Phnom Penh continues its construction boom, which has mostly been continuing despite the interruption of the pandemic. According to the Ministry of Land Management, Urban Planning and Construction (MLMUPC), Cambodia’s construction sector attracted a total investment of US$5.33 billion in 2021.

Publicised by the Ministry of Land Management, Urban Planning and Construction (MLMUPC), the report showed the nation had provided licences to 4,303 construction projects in 2021.

I was last here exactly four years ago in December 2017. I knew from that trip that there was a lot going on here, but I was still amazed at how much has happened during the intervening years.

This post is a snapshot of major construction projects in Phnom Penh in December 2021/January 2022. I keep a full archive of projects on the Future Phnom Penh page.

This map is via the Future Phnom Penh page, and it lists all projects that have been mentioned on Future Southeast Asia.

The Peak Cambodia is a multi-tower development featuring two residential towers and a Shang-ri La Hotel, on top of a mall managed by CapitaLand.

The Peak project was almost finished at the time of this post, with the tallest tower (the Shang-ri La Hotel tower) nearing completion.

[The Peak as viewed from Diamond Island.]

This riverfront development is at the former Phnom Penh river port, next to the Chroy Changva bridge. The entire riverfront area is closed off, and work commenced in 2019.

There is a showroom building on the riverfront (near the Wat Phnom end of the development). 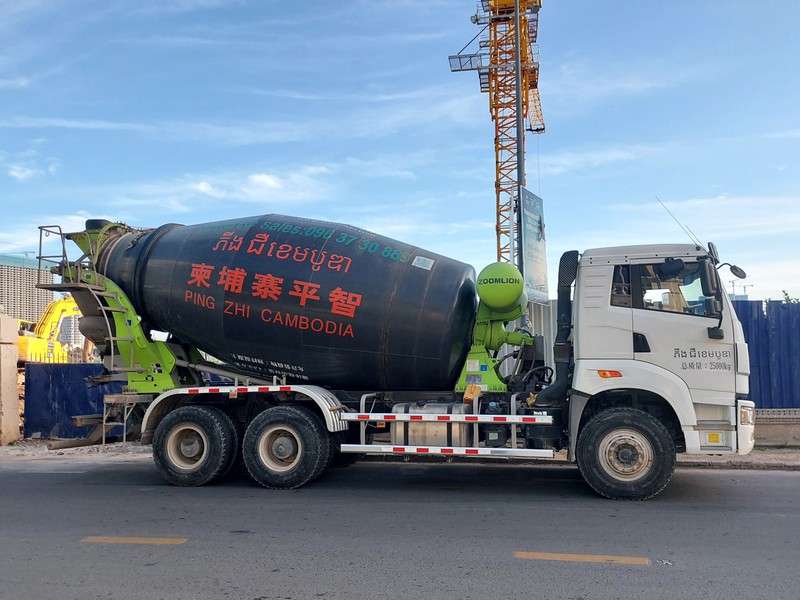 Global Tech Exchange (G-TECH) is a mixed-use development consisting of two office towers, a hotel with a convention centre, and an IT and media hub with a dedicated data center.

Prince Huan Yu Center (Prince Edward Center) comprises two towers of 39 and 26 storeys. One of the towers topped out in December 2021.

TRIBE Hotels is a hotel brand originating from Australia that has since been acquired by Accor. The hotel brand is aiming for modern business travellers with collaborative workspaces and a social hub. The hotel is expected to open in April 2022, and there were workers still on-site when I visited.

Agile Sky Residence is the first development project in Phnom Penh for Agile Group Holdings Limited from the People’s Republic of China.

Flatiron By Meridian is a 42-storey (158m) tower with office space and apart-hotels. The name is inspired by its triangular shape, similar to that of the Flatiron Building in New York.

Viewing the building from the city side it looks like a regular block.

Its flatiron shape comes from the triangular land that is formed by the railway.

J Tower II is a 42-floor apartment tower in BKK1.

The tower has topped out and is expected to be completed in 2022.

The Flora Suites is a 38-storey condominium project in BKK1. 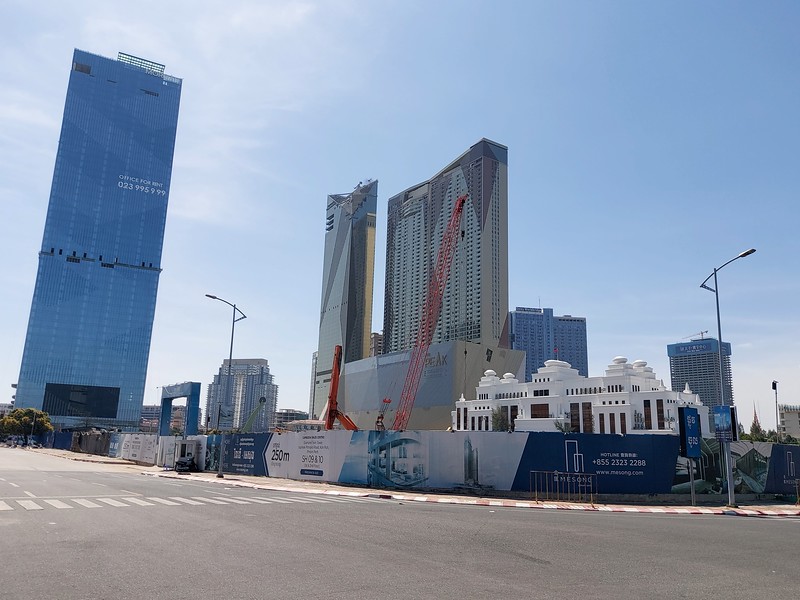 The tower is finished and workers were cleaning up around the ground level when I visited.

Naga 3 is the extension of the NagaWorld casino. Foundation work began in March 2021, and work was continuing when I visited. 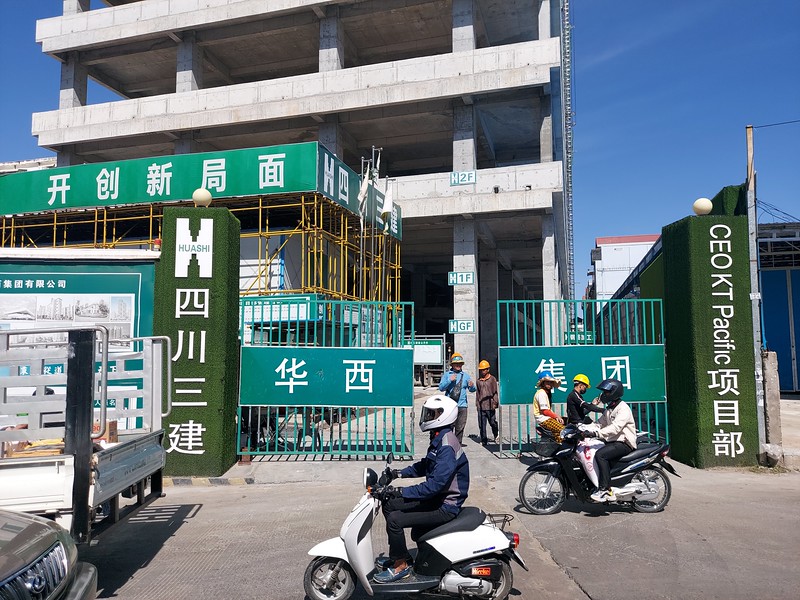 Before the COVID-19 pandemic, you would always see buses from various projects that are picking up prospective buyers at the airport.

The Thai Boon Roong Twin Tower Trade Center is a proposed cluster of towers that includes two 525 metre / 133-floor towers. This was announced in 2015, and the most recent update in 2021 said that construction will begin when Covid-19 ends.

The Gold Tower 42 was first announced in 2008 for the 42 floor / 192-metre tower. The construction has stopped several times over the years, and the building topped out in January 2019. The building remains unfinished.

The construction site still shows the developer as YonWoo (Cambodia) Co. Ltd, but they have not made any updates, let alone have a searchable website.