Hat Yai Monorail is a proposed 12.54 kilometre-long elevated monorail line with 12 stations in Hat Yai, Thailand. The monorail line would travel along the two major roads of Kanchanavanich Road and Petchkasem Road, forming a 7-shaped line through the city centre.

The project was being studied in 2016 with the aim of beginning construction in 2019. The most recent update from the local government was in 2021, but for now, there is no commitment to begin the project.

songkhlapao.go.th – Songkhla provincial government website with some details of the project (click translate to read from the original Thai). 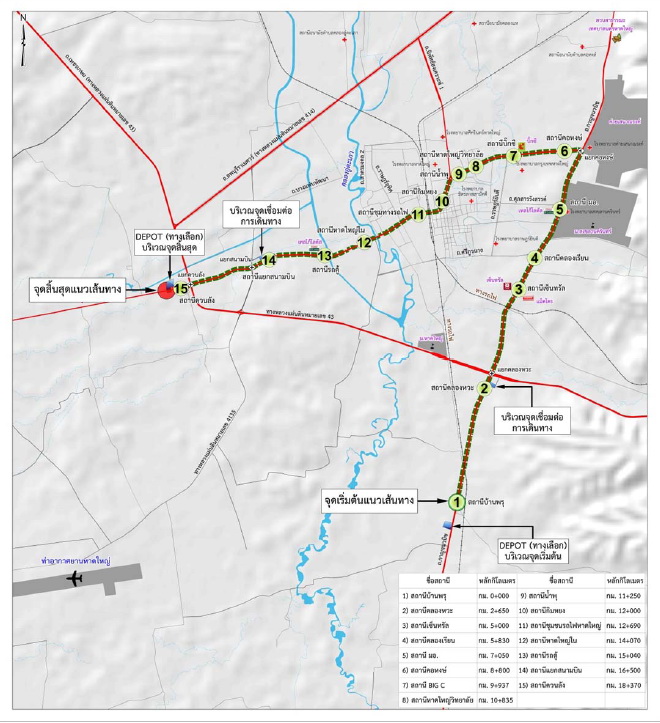 Monorail eyed for Hat Yai – [08/03/21]
“Songkhla Provincial Administrative Organisation (PAO) has put in for Bt17.59 billion to build a monorail in Hat Yai to help ease traffic congestion problems in the city.”

The joint investment plan 2020-2027 [PDF] – [March 2020]
“The project aims to build a mass transportation system using monorail system in Hat Yai District, Songkhla province and to solve traffic problems in the project area. The target group is people in the area and tourists in Hat Yai city. The project is an elevated structure on the median of Kanchanawanit Road to the Kho Hong Junction, with the route starting from Khlong Wa to Van Station, a distance of 12.5 kilometers consisting of 12 stations. The area around Khlong Wa station will developed as a parking area, maintenance center, and electric train control center of the project.”

Hatyai’s white elephant monorail project now under the authorithy of Department of rail transport – [29/02/20]
“News reports from the Office of Transport and Traffic Policy and Planning (OTP) have informed the progress of the mass transportation system project in Hat Yai District, Songkhla Province or Hat Yai Monorail. A 12.5 km 12 stations Khlong Wa – minivan terminal with the Investment of 16,186 million baht to solve traffic congestion in Hat Yai city before handing the project into the hand of DRT.

It was found that the latest status of this project, the Provincial Administrative Organization of Songkhla has improved the study results to comply with public private investment act of 2019.”

New transport systems on the horizon – [08/01/17]
“In Hat Yai, the Songkhla provincial administrative organisation has proposed a 12km monorail project, Mr Niran said. An environmental impact assessment study is now underway before the project is presented to the Transport Ministry.”