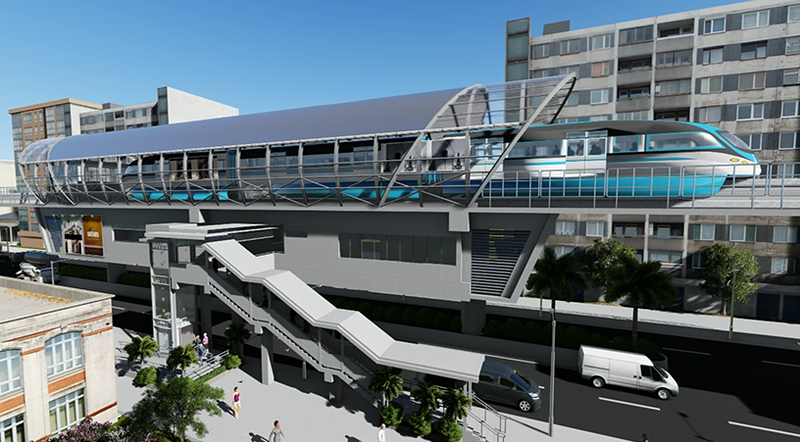 The Davao People Mover is a proposed monorail line to be built in Davao City, Philippines. The straddle-type monorail line will have 16 stations and 1 depot on a 13 km track. The initial proposal was to build a light rail system, but the Korean firm in charge of the proposal recommended building a monorail instead.

Work was initially estimated to begin construction by 2020, and be complete by 2022. So far the project has not been approved.

Udenna eyes 3 big-ticket projects in Davao – [03/04/19]
“The monorail project will be under Private Public Partnership (PPP) scheme with the Department of Transportation (DOTr), in which Udenna will build, transfer, operate, maintain the PHP30-billion project for a period of 35 years.

The monorail, he said, is envisioned to be Davao City’s urban mass transit solution with an approximate length of 13 kilometers consisting of 16 stations. It will start from Bangkal passing through City Hall then SM Lanang.”

Construction of Davao monorail to start in 2020 – [30/03/19]
“The Udenna Corporation, a company owned by business tycoon Dennis Ur Jr., hopes to start the construction of the country’s first monorail project in Davao City next year, a company executive said.” 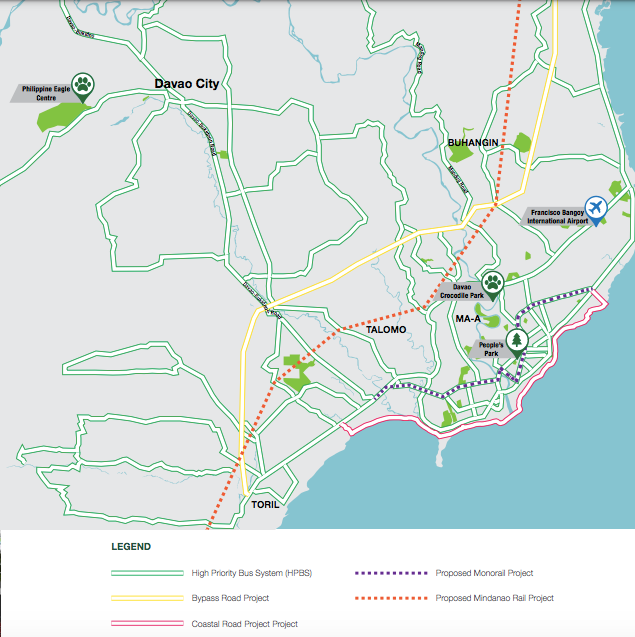 Duterte wants monorail for Cebu, Davao cities – [08/06/18]
“President Rodrigo Roa Duterte suggested that Cebu, Davao, and other big cities in the country should have a monorail system or whatever mass transport system that is above road networks to address the worsening traffic problem.”

CEO Dennis Uy intends to bring an urban railway system to Davao – [01/05/18]
“The Department of Transportation (DOTr) has declared the proposal of Udenna Corporation to build the first monorail system in Davao City called the Davao People Mover in accordance with the documentary requirements stated in the BOT Law and its IRR.”

City, foreign investor to sign deal for city’s monorail project – [24/01/17]
“The local government and a Filipino-Chinese-Canadian Transport Investment Group known as Philtram are slated to sign a Memorandum of Understanding on February this year for the monorail project in this city.”

China railway firm to propose monorail train projects in Cebu & Davao City – [10/11/16]
“The proposed monorail project in Cebu City and Davao City which will be built by the Chinese railway firm is already operational in São Paulo, Brazil, and Riyadh, Saudi Arabia.”

Davao City backs Light Rail Transit even as ADB study touts bus scheme – [04/11/14]
“The local government continues to support the establishment of a Light Rail Transit (LRT) system for this city, even though a study commissioned by the Asian Development Bank (ADB) has identified a bus transport scheme as ideal for immediate adoption.”