Bukit Bintang City Centre (BBCC) is a new urban development in central Kuala Lumpur. This mixed use project includes residential towers, hotels, retail and entertainment spaces, and a transit hub. There are gardens and other open spaces, and the site will include a signature landmark tower. 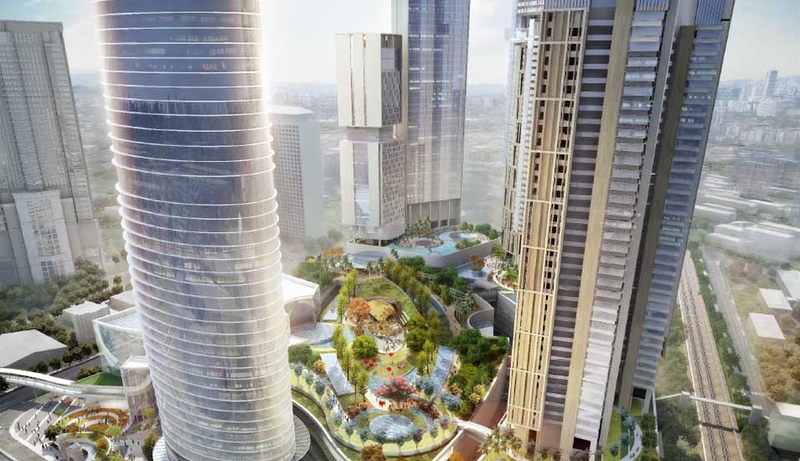 The 19.4-acre property is at the site of the old Pudu Prison. The prison was built by the British colonial government in 1895, and was closed in 2009. The complex was completely demolished by 2012, with only the Victorian-era gate left as a reminder of its past. Here are more photos of the Pudu Prison.

Bukit Bintang City Centre is located on the corner of Jalan Pudu and Jalan Hang Tuah in Pudu District. It’s located next to Hang Tuah Station, which is an interchange station for the KL Monorail Line and the LRT Ampang Line and Sri Petaling Line 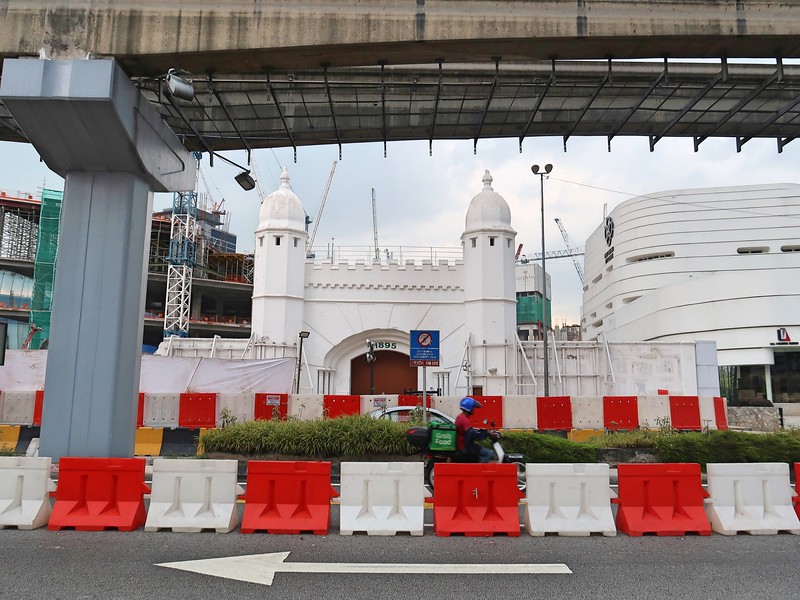 MGB spans 100,000 square feet of carefully curated spaces with hints of heritage architecture. It is home to 100 artisanal and authentic local brands that pay homage to Malaysian creators and crafters’ creativity and artistry.”

BBCC project set for key milestones – [22/01/2016]
“The RM8.7 billion Bukit Bintang City Centre (BBCC) project will achieve several key milestones this year as it continues to attract foreign investors. These will include the signing of an agreement with Japan’s Mitsui Fudosan Co Ltd to manage the 1.2 million sq ft mall at BBCC.”

Underground tunnel collapse causes sinkhole in KL – [02/07/2014]
“…part of the road at the intersection of Jalan Pudu and Jalan Hang Tuah sunk after the tunnel, which forms part of the Pudu underpass project by Kuala Lumpur City Hall (DBKL), collapsed”.