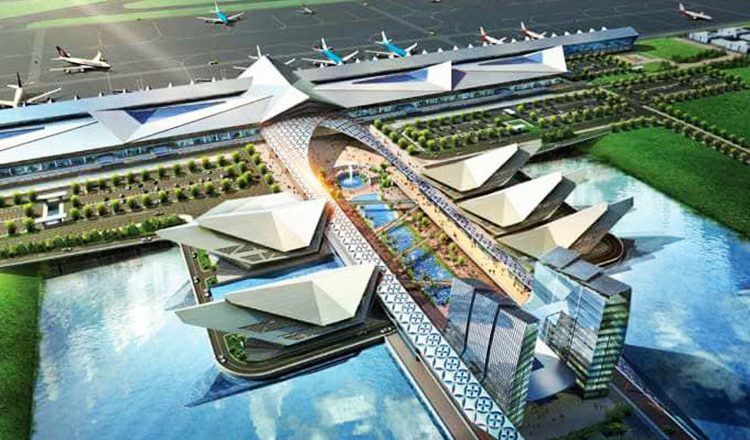 The New Phnom Penh Airport is the planned new airport to serve Phnom Penh, Cambodia. It will replace the current airport for commercial flights, while the old airport will be used for “the head of state, heads of local governments and Cambodian senior leaders, as a military airbase, for domestic flights, private jets and for diplomatic officials and foreign leaders.”

The new airport site is located about 30-40km south of the city in Kandal province on former farmland and reclaimed land from a lake.

The total land for the airport and development area is 2,600 hectares, making it one of the biggest airports in the world by land size. The actual airport land is 700 hectares, and the airport is not planned to be a mega-airport like Long Thanh or New Manila Airport.

A new airport was first hinted at in 2016 when plans for the current airport expansion were halted. The project was officially announced in January 2018, and construction began in 2019. The airport was officially named Techo Takhmao International Airport in December 2021.

There have been varying estimates for completion, with 2025 being the latest estimated completion year.

Phnom Penh new airport terminal 40 percent complete – [10/10/22]
“The control tower can now be seen from afar. Measuring 118 meters high, it rises above a vast plot of sand that used to be rice fields and symbolizes the construction of the new Phnom Penh International Airport, which is due to start operations in January 2025.” 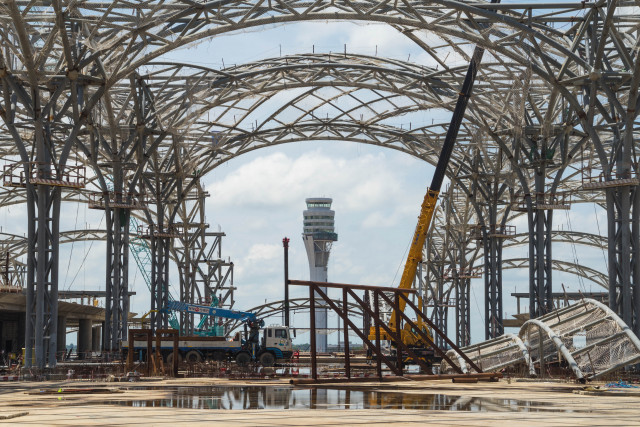 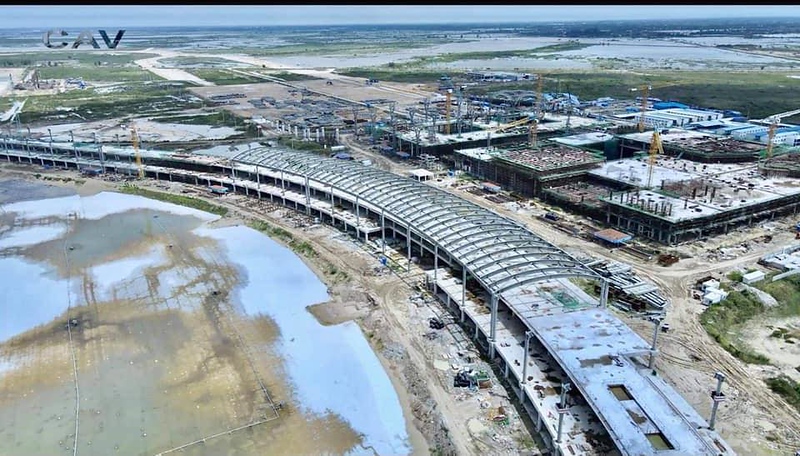 Development of mega-airport continues, despite opposition by locals – [16/03/22]

Phnom Penh airport flyover plans run into Coronavirus turbulence – [30/06/21]
“This expressway project is not a highway like the road to Kampong Som, but a flyover with a total length of 21.5 kilometres (km) and two phases”. 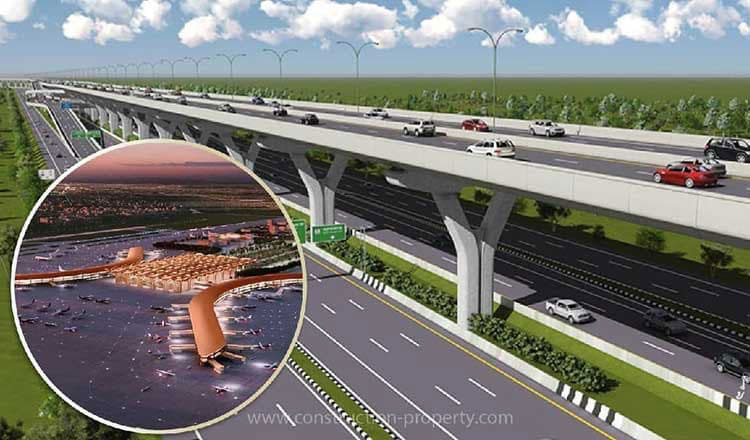 Residents in dispute with new airport curse developers in ceremony – [22/06/21]
“Nai Phun says her rice field was only one month old when the bulldozers came to clear it. The 46-year-old resident has been told she lives in the path of a future runway, and her family and 12 others are currently being pressured to move out and take compensation of $8 per square meter — much less than the land is worth, she says.” 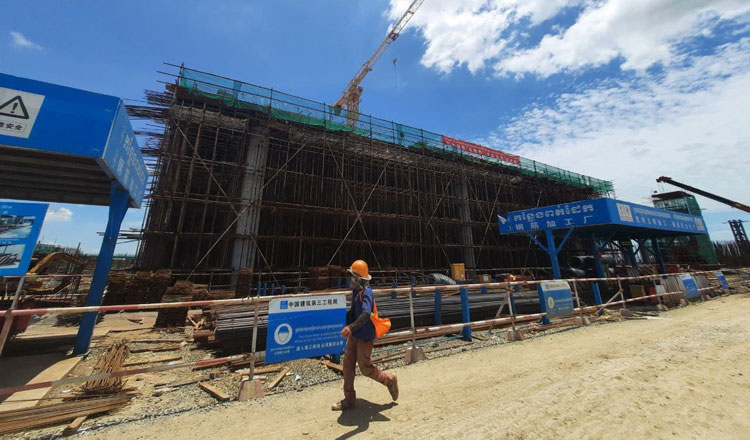 Villagers protest farmland clearing for Phnom Penh airport project – [19/05/21]
“More than 40 families living in Boeung Khyang commune’s Kampong Talong village in Kandal province’s Kandal Stung district have set up tents to guard their rice fields and blocked a road into their village to prevent a construction company from using machinery to clear their farmland for the new Phnom Penh International Airport project.”

SSCA dismisses media claims – [08/12/20]
“Recent media reports of a lack of transparency in the awarding of a 2.67 billion yuan ($405 million) contract to design and construct the airfield have been dismissed by the Secretariat of State for Civil Aviation (SSCA). The contract in question was awarded to Metallurgical Corp of China after a bidding process.” 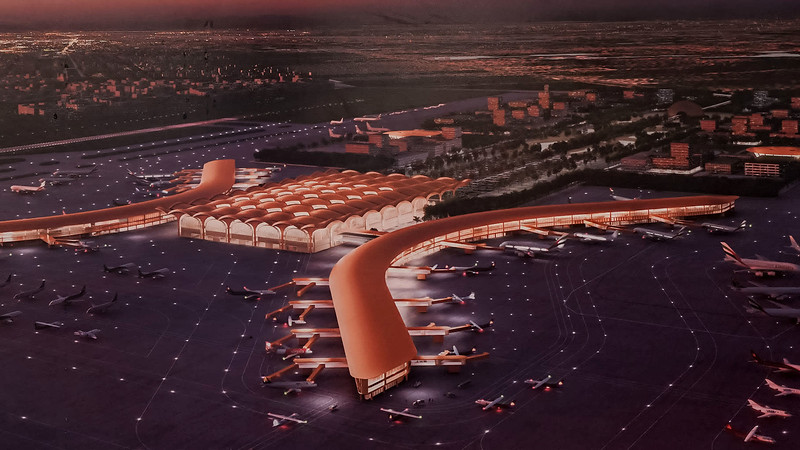 Capital’s new airport construction largely unaffected by days of deluges – [20/10/20]
“Despite floods inundating areas surrounding the new Phnom Penh International Airport and some access roads to it, an official from the State Secretariat of Civil Aviation (SSCA) said that it will not affect or delay construction.”

Gov. reveals US$3.5 bn investment to upgrade Cambodia’s airports – [17/04/20]
“New Phnom Penh International Airport: US$1.5 billion construction investment by Cambodian Overseas Investment Company (OCIC).Located at the border of Kandal and Takeo provinces, currently 30% complete. The airport will be upgraded to a 4F class airport, with the BOEING 747-8 and the AIRBUS A-380-800 being the 9th largest.” 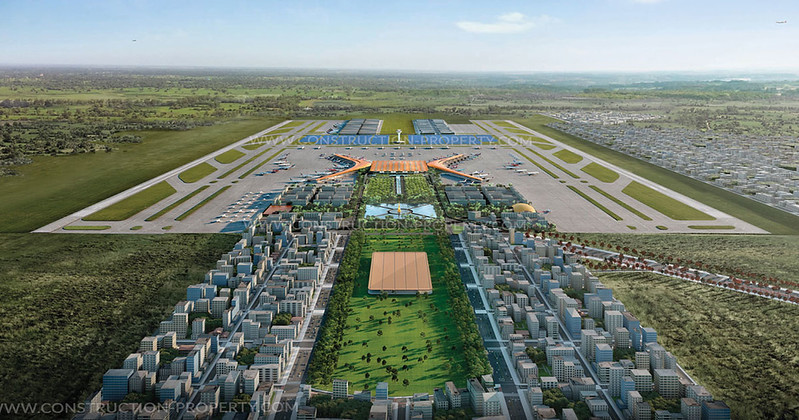 New Phnom Penh airport to be completed by 2022 – [27/01/20]
“The airport will be able to accommodate 27 million passengers by 2030 and about 30 million by 2050. A joint venture between local Overseas Cambodia Investment Corporation and the State Secretariat of Civil Aviation is a 4F class airport.”

Chinese firms to build new Phnom Penh airport – [15/01/20]
“Three enterprises, all Chinese-owned, have been chosen to build the new airport that will service the Cambodian capital, the company in charge of the project said.” 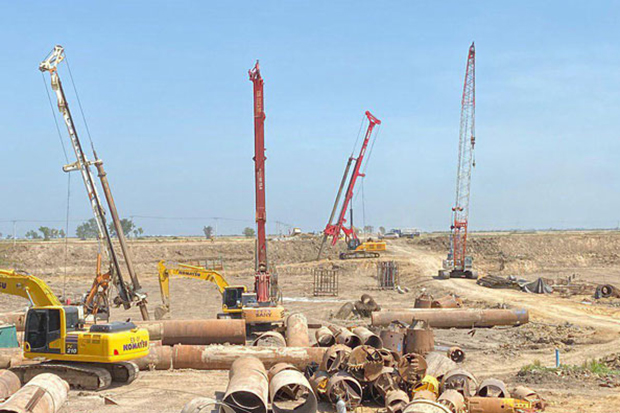 Villagers protest sale of ‘communal’ land for new airport – [06/05/19]
“About 400 villagers protested outside the district hall in Kandal province’s Kandal Stung district on Monday seeking compensation for communal land they say was sold without their knowledge to house Phnom Penh’s new airport.”

Airport committee set to suspend land deals – [04/03/19]
“The committee on the new Phnom Penh international airport project development said on Thursday that it will temporarily suspend land business in sensitive areas that could hinder the new airport’s development project.”

New mega-airport and ‘Airport City’ in Cambodia triggers land disputes – [21/02/18]
“A plan for a new airport, one of the largest in the world on a 2,600 hectare site in the Kandal District of Cambodia, with an accompanying ‘Airport City’, has reignited one of the country’s fiercest land disputes.”

Government approves plan to relocate Phnom Penh’s airport – [19/01/18]
“The government has signed off on a proposal to build a new airport to serve Phnom Penh and has earmarked land in Kandal province for the $1.5 billion project.” 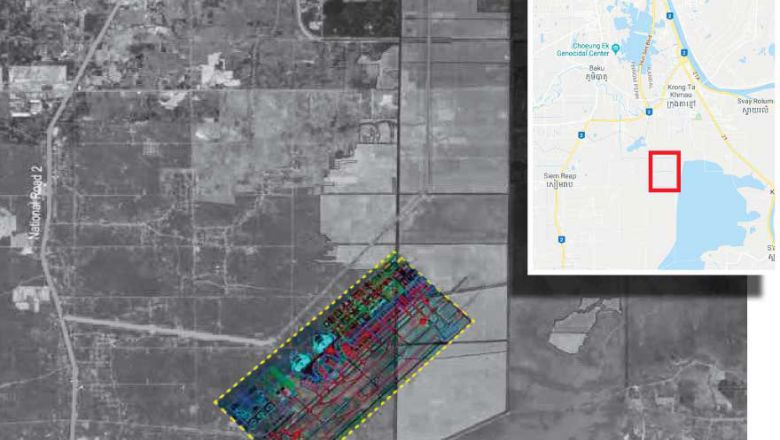 Government plans one of world’s biggest airports in Kandal – [15/01/18]
“A document from the Council of Ministers, dated December 21, approves an investment proposal from Cambodia Airport Investment Co Ltd to build a $1.5 billion, 2,600-hectare airport in Kandal province’s Kandal Steung district, about 30 kilometres south of Phnom Penh.”

New $1.5-billion Phnom Penh airport approved – [12/01/18]
“A new airport for Phnom Penh will be built in Kandal province, a southern part of the capital”

New international airport on table as PPIA expansion plans halted – [22/06/16]
“A senior government minister yesterday announced a halt to plans to expand the Phnom Penh International Airport, and instead revived talk of a new airport altogether, mentioning plans to identify a location 30 to 40 kilometres outside the city in hopes of completing the new airport by 2025.”